3 Arizona children were suffocated by their mother–police 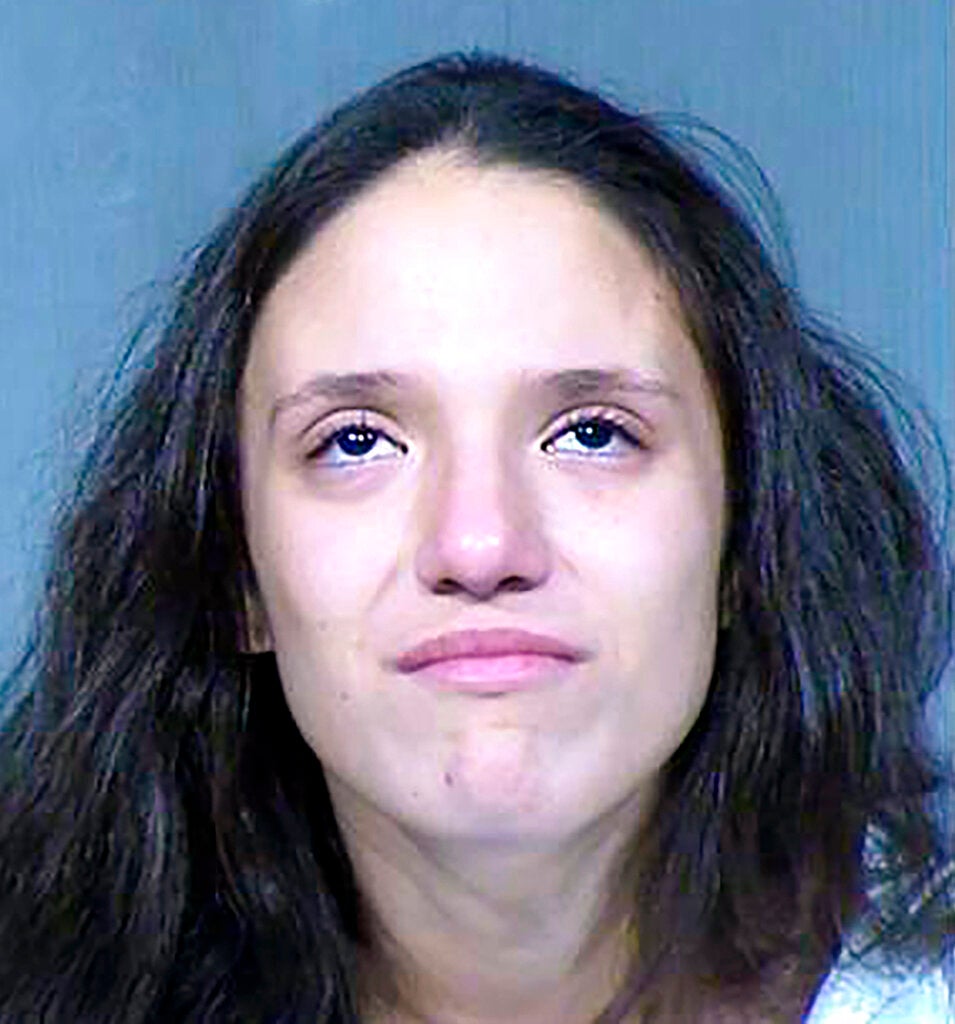 This booking photo shows Rachel Henry, 22, who has been arrested on suspicion of killing her three children.  (Maricopa County Sheriff’s Office via AP)

PHOENIX  — A woman arrested on suspicion of killing her three young children told investigators that she suffocated her son and two daughters with her hands, police said in court records.

Investigators say Rachel Henry, 22, told them that she thwarted an attempt by her 3-year-old son to protect his 1-year-old sister. The boy kicked and punched his mother and yelled for her to stop, but Henry chased him away, according to court records released Tuesday after her first court appearance.

Prosecutors said Henry acknowledged having a history of methamphetamine addiction and that her children had previously been removed from their home by child-welfare authorities in Oklahoma due to issues related to her drug problem. Henry’s family moved to Phoenix in June.

It’s unknown whether Henry, who is jailed on a $3 million bond on suspicion of first-degree murder, has been appointed an attorney who could comment on her behalf.

Investigators said 1-year-old Miraya Henry was the first to be killed, followed by her 3-year-old brother Zane Henry, then their 7-month-old sister Catalaya Rios.

“Rachel placed all of the children in a position on the living room couch as if they were napping,” police wrote.

No motive has emerged. Authorities said in court records that Henry wasn’t under the influence of drugs or alcohol at the time of the killings.

Court records said the older girl would have turned 2 next week.

During her brief court appearance Tuesday, Henry spoke in hushed tones as she inquired about her bond.

“I don’t know how I will be able to get any money,” Henry said, noting that she doesn’t have a job.

A relative who lives at the house called police late Monday.

Court records say other people were at the home, but police declined to say whether any of them were there when the children were suffocated. No one else has been charged.

Read Next
Duterte signs law increasing taxes on alcohol, e-cigarettes
EDITORS' PICK
Manila is 78th most expensive city in the world for foreign workers
TeaM Energy pushes development programs to help in pandemic rebound
Want to help local farmers? Shop small and eat Real Food
Piolo Pascual: The Ultimate Heartthrob continues to level up
ICC is everything but a court of ‘white people’
Garcia softens stance, meets IATF halfway on swab-upon-arrival policy
MOST READ
Sharon Cuneta on living in the US: ‘Nagagawa ko lahat ng normal na bagay’
ICC is everything but a court of ‘white people’
After flying PAF jet, AFP chief vows more modern aircraft for PH defense
Duterte-Duterte tandem possible but ‘winnability is another question’ — Binay
Don't miss out on the latest news and information.