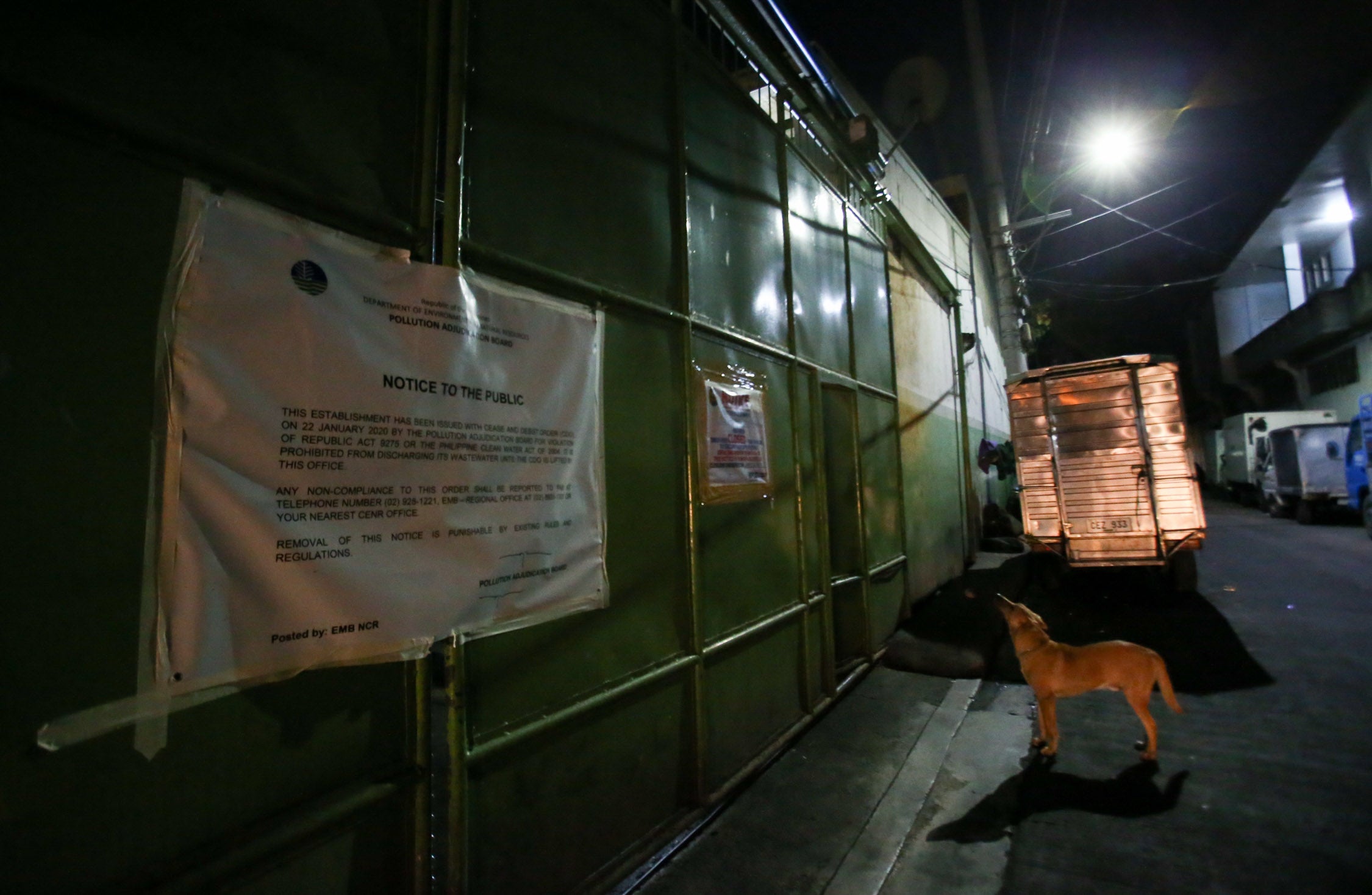 NOTICE Operators of the San Juan slaughterhouse get duly notified of its shutdown. —LYN RILLON

The San Juan local government shut down the city’s lone slaughterhouse on Wednesday for flouting environmental regulations, such as discharging wastewater directly into the heavily polluted San Juan River.

The slaughterhouse was operated by private company Megga Foods and Stockfarm, Inc., which San Juan and the Department of Environment and Natural Resources (DENR) accused of violating Republic Act Nos. 8749 and 9275, or the Clean Air and Clean Water Act, respectively.

In particular, Megga Foods had an expired wastewater discharge permit and lacked a sanitary permit or Public Employment Service Office certificate, according to the closure order.

Mayor Francis Zamora said in an interview that the slaughterhouse was a “huge factor” in the pollution of the river.“We saw how dirty it was,” he said after inspecting then padlocking the property on Wednesday. “As soon as we entered, DENR Secretary Roy Cimatu said he smelled the odor they had remembered from previous inspections of San Juan River.”

“Their violations were very blatant. It’s like they didn’t care that they had already been written to by the city,” Zamora added.

The city had issued the slaughterhouse a show cause order on Oct. 10, 2019, after officials from the Business Permits and Licensing Office first inspected the property and discovered the lack of proper documents. More than three months later, however, it had not issued any response and continued to operate.

The Pollution Adjudication Board of the DENR, which had been monitoring the slaughterhouse separately from the city, also issued a cease and desist order (CDO) against it on Wednesday.

The DENR said it conducted an inspection and wastewater sampling as early as Jan. 23, 2019, and found Megga Foods had an expired discharge permit, discharged untreated wastewater into the river and operated air pollution source installations without a permit. INQ