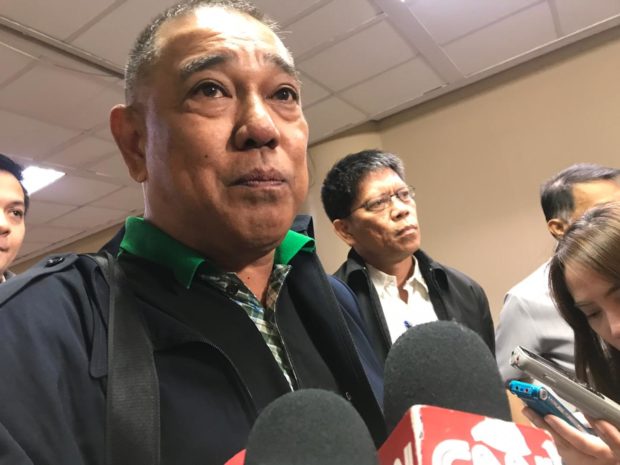 MANILA, Philippines – The Department of Transportation (DOTr) remains open to the possibility that motorcycle taxis would continue operating even after the pilot testing period, its technical working group (TWG) said on Wednesday.

According to TWG chair Antonio Gardiola Jr., Transportation Secretary Arthur Tugade told bike-for-hire companies in a meeting on Tuesday that he is amenable to extending the operations for either the study or for commuters to have access to it.

“I just want to relay what the secretary said yesterday, although ‘yong study po natin hanggang [our study is only up to] March 23, but still he is very open, he is very flexible on adjusting it or extending it,” Gardiola said in an ambush interview at the House of Representatives.

Gardiola clarified though that they believe the study will be accomplished in the soonest possible time, due to the renewed cooperation between the government and the stakeholders.

Since last December, people have speculated the possible transportation problems that would rise as bike-for-hire’s pilot testing run ends, after it was announced that there would be no extension.

It is slated to end by March 23, 2020, which will be followed by an assessment of the transportation mode’s viability.  Currently, motorcycle taxis are not yet operating legally — they were only allowed to do so as a part of the DOTr study.

But it nearly came to an end earlier than expected after reports leaked on Monday that the TWG was planning to end the testing period after Angkas, one of the three major players in the industry, filed a preliminary injunction against the Land Transportation and Franchising Regulatory Board (LTFRB).

Angkas was looking to bar the entry of two other players, namely JoyRide and MoveIt, and to stop LTFRB’s move to limit the rider cap to just 10,000 riders for each company — chopping Angkas’ fleet by as much as 7,000 riders.

However, both issues were solved after the TWG agreed to increase the cap to 15,000, with Angkas being given an additional 5,000 riders from MoveIt as the latter admitted that they cannot maximize the allowed slots.  In exchange, Angkas will drop its case against the TWG and LTFRB.