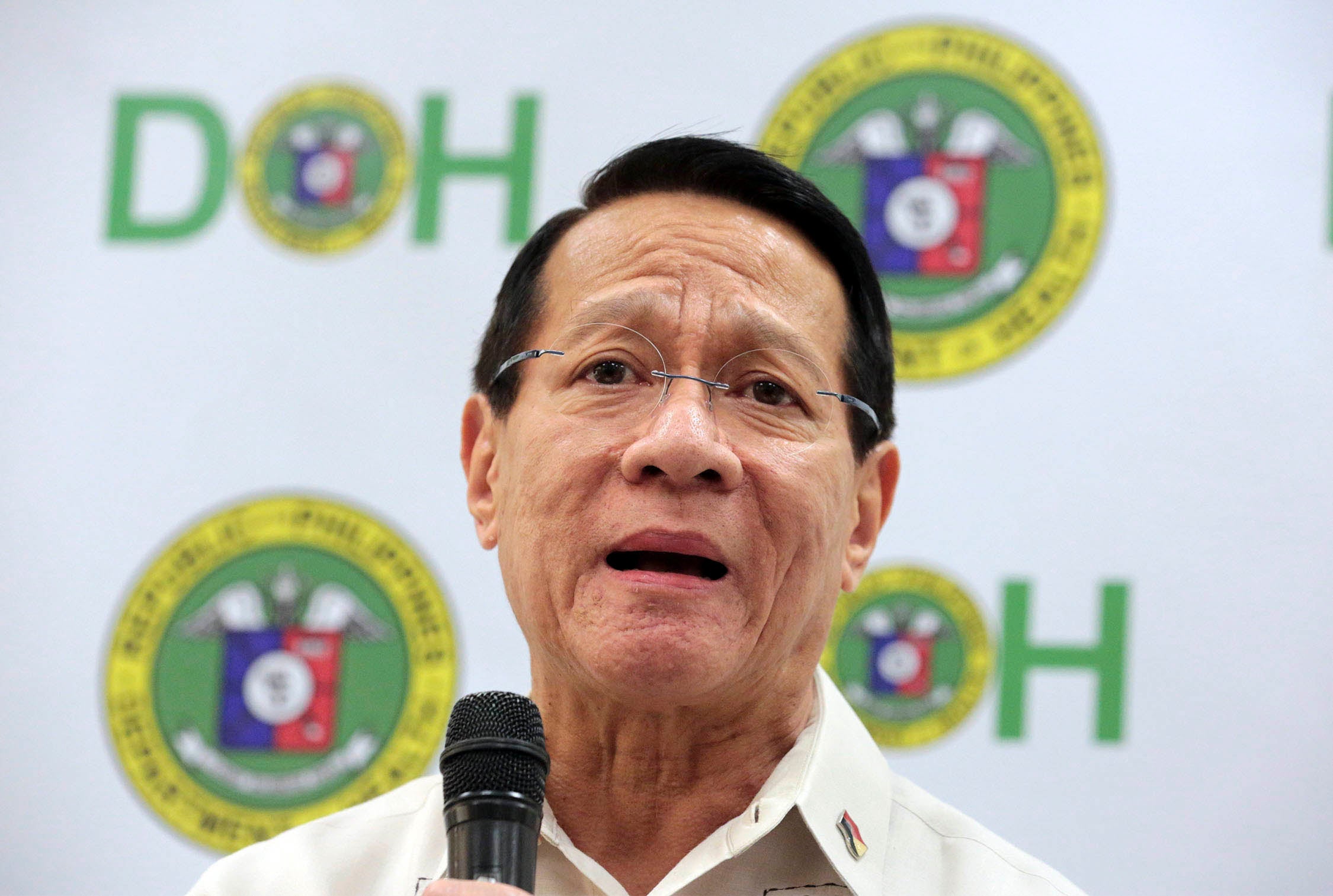 The Department of Health (DOH) on Tuesday said it was investigating whether the novel coronavirus (2019-n-CoV) had infected a 5-year-old Chinese boy who was already sick when he arrived in the country from Wuhan, China, more than a week ago.

The new coronavirus has caused alarm because of its genetic similarities to Severe Acute Respiratory Syndrome (SARS), which killed nearly 650 people across mainland China and Hong Kong in 2002-2003.

More than 200 cases of the 2019-n-CoV were reported in China, majority from Wuhan City, the center of the outbreak late last year, and also in Thailand, Japan and South Korea.

The World Health Organization (WHO) said four of the confirmed 2019-n-CoV patients have died, but Wuhan’s mayor told state television the death toll had risen to six as of Monday.

On Tuesday, Health Secretary Francisco Duque III said in a press conference that the Chinese boy had fever, throat irritation and cough prior to his arrival in Cebu City and was taken to an undisclosed hospital there.

Duque said the boy was still coughing but was stable and no longer feverish on Tuesday.

The boy arrived with his mother in Cebu on Jan. 12 “to learn English” here, he said.

Throat swabs and blood specimen have been sent to Australia to identify the specific coronavirus strain, he said. The results from the Victorian Infectious Disease Reference Laboratory in Australia were expected within 24 to 48 hours, he added.

The same specimen were also taken from the boy’s mother for testing, said Undersecretary Eric Domingo, the DOH spokesperson.

As additional precaution, Domingo said they were trying to locate those who were sitting “up to four seats” away from the boy on the plane, he said.

The DOH also reported it was closely monitoring three other Chinese nationals who arrived separately at Kalibo International Airport from China.

Duque said they had manifested flu-like symptoms but did not fit the case definition of the new coronavirus prescribed by the WHO interim guidelines.

The first was a 29-year-old woman from Shanghai who was brought to Dr. Rafael S. Tumbukon Memorial Hospital, the provincial hospital of Aklan, on Jan. 17 by the airport staff of the Bureau of Quarantine.

She stayed overnight at the hospital and proceeded to Boracay the following day, according to Dr. Cornelio Cuachon Jr., Aklan provincial health officer.

On Jan. 18, a 3-year-old girl, also from Shanghai, was brought to the hospital and was tested before being released.

On Monday, a 65-year-old man from Chongqing City was referred to the hospital for tests, Cuachon said.

Duque said the three had not traveled to Wuhan and had no known contact with a confirmed novel coronavirus case, SARS or sick animals.

Throat swabs from the three patients have already been sent to RITM for testing.

Miraflores said the measures were being implemented at Aklan airport, the main gateway for foreign tourists visiting the popular resort island.

Dr. Ferchito Avelino, director of the DOH Epidemiology Bureau, said there were six known strains of the coronavirus, including MERS-CoV and SARS-CoV.

The 5-year-old boy could have one of the four other strains of coronavirus, or a totally new strain, he said.

“In simple words, the test shows that there is coronavirus, it’s not MERS-CoV, it’s not SARS-CoV.

We still do not know what it is,” said Domingo.

Coronaviruses are a large family of viruses ranging from the common cold to more serious infections such as MERS-CoV and SARS-CoV.

Common signs of coronavirus infection include respiratory symptoms, fever, cough, shortness of breath and breathing difficulties. In severe cases, it can cause pneumonia, acute respiratory syndrome, kidney failure and even death.

China has confirmed human-to-human transmission in the outbreak of the new virus and WHO said it would consider declaring an international public health emergency.

The discovery of human-to-human transmission comes as hundreds of millions of people are crisscrossing the country in packed trains, buses and planes this week to celebrate the Lunar New Year with relatives.

Health authorities in Wuhan, where a seafood market was identified as the center of the outbreak, on Tuesday said an 89-year-old man became the fourth person to die from the virus and that 15 medical staff had been infected.

Confirmed casesBut state television reported on Tuesday that, according to Wuhan Mayor Zhou Xianwang, the death toll had risen to six and that there were a total of 258 confirmed cases in his city as of Jan. 20.

Separately, China’s eastern Zhejiang provincial health authority said a total of five cases of new coronavirus were confirmed as of noon on Jan. 21.

A second case was also confirmed in Shanghai on Tuesday while five people have been diagnosed with the virus in Beijing.

Zhong Nanshan, a renowned scientist at the national health commission, confirmed that the virus was being transmitted between humans, state media reported on Monday.

WHO had previously identified animals as the likely primary source, but had warned of “some limited human-to-human transmission.”

Zhong told CCTV that patients can contract the virus without having visited Wuhan, saying two patients were infected by family members who visited the city.

He also said 14 medical staff had been infected but it was not clear if he was referring to the Wuhan cases.

Emergency meetingWHO said a key emergency committee would meet on Wednesday to determine whether to declare an international public health emergency.

The Chinese government announced on Tuesday it was classifying the outbreak in the same category as the SARS outbreak, meaning compulsory isolation for those diagnosed with the disease and the potential to implement quarantine measures on travel.

In his first public comments on the outbreak on Monday, China’s President Xi Jinping said the virus must be “resolutely contained” and stressed that information must be released “in a timely manner.” —WITH REPORTS FROM AFP