Creation of Taal Commission sought to map out rehab plan 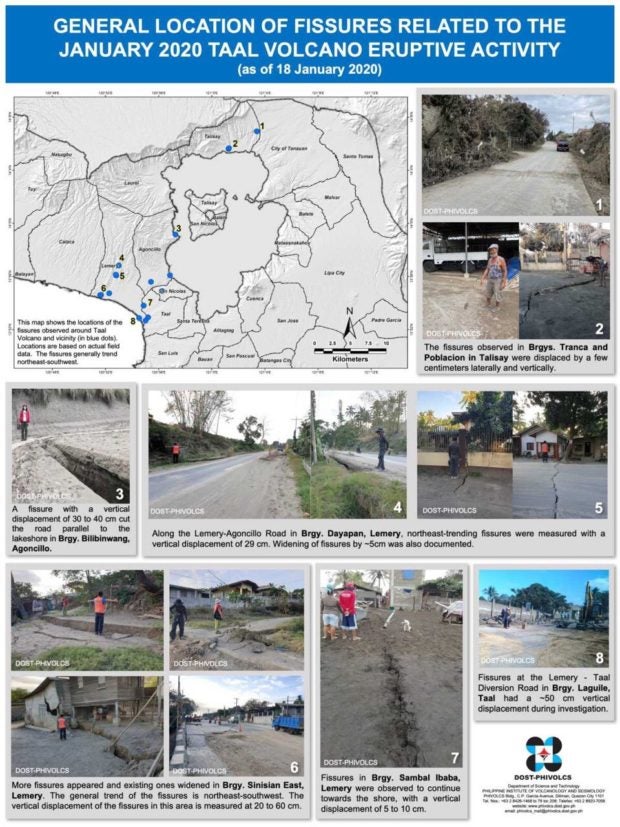 Recto, a native of Batangas, said in a radio interview that he would draft a bill to create the Taal Commission, to be patterned after the Mt. Pinatubo Commission that was organized after the 1991 eruption of that volcano in Central Luzon.

“We will file a bill probably creating a similar com

mission, a Taal commission, so we can help our countrymen not just in Batangas but also Cavite, and so that there would be [a] rehabilitation and recovery fund in the coming years,” Recto said in an interview over dwIZ.

The 11-member commission had the power to formulate policies and plans for the relief, rehabilitation, resettlement and livelihood services as well as infrastructure support in accordance with the other plans and policies of the national government.

The commission could also enter into contracts and seek and accept grants, donation of funds, equipment, materials, and services. The commission had a six year term that could be extended once for not more than three years.

According to Recto, the Mt. Pinatubo Commission is a good model to follow because it was able to help Pampanga province recover.

“Pampanga is now able to stand on its own feet. That is the model we will follow for Taal,” he said, adding that, “Rehabilitation and recovery will take a long time.”

Regarding the P4 billion cut from the 2020 calamity fund, now reduced to P16 billion, Recto said the remaining fund from 2019 could be used this year.

He estimated the unused fund to be about P700 to P900 million.

“What is important is there is an appropriations item, and this can always be augmented,” Recto said.

He said he was satisfied with the government response to the eruption, although it was not perfect.

Taal Volcano erupted on Jan. 12 and covered several Batangas towns in thick layers of ash, forcing the evacuation of some 450,000 residents, especially those within the 14-kilometer-radius danger zone.

Alert level 4, which remains in effect, means a hazardous eruption could take place in hours or days.“What we see above ground or on the surface is very different from what is happening under the surface,” Director Renato Solidum of the Philippine Institute of Volcanology and Seismology (Phivolcs) said in a press briefing on Saturday.

“The magma is still moving, we have not detected a trend that the volcanic activity has slowed down,” he added.

As of Saturday, Phivolcs reported that the volcano has spewed a plume of ash as high as 600 meters in the air. The volcano’s sulfur dioxide emission was measured at 360 tons, although this was weaker than in the past few days.

Solidum further brought up the danger of a base surge.

Base surges are clouds of hot gases, ash, and rocks traveling horizontally at speeds of more than 80 kilometers (km) per hour.

He recommended that residents steer clear of the 14 km high-risk area, but clarified that Tagaytay ridge, with its higher elevation, will not likely be affected by a bay surge.

“If you want to check on your homes or areas, you can use the Hazard Hunter application of the Phivolcs,” Solidum said, explaining the app which identifies dangers and hazards in particular areas and can be used for planning.

A hazard map released by Phivolcs on Saturday showed the concentration of fissuring or cracking of the ground in the southwest side of the volcano.

Of the four towns where fissuring was earlier observed, three—Lemery, Agoncillo and San Nicolas—are on the southwest of the volcano, and one was observed in Talisay, on the northeast side.

Phivolcs research specialist Lincoln Olayta said one possible explanation for the orientation of the fissures is that the Pansipit River Valley is “being pulled, possibly because intrusive magma is flowing underneath.”

“But that is open for interpretation, since we are still constantly data gathering,” he added.

“It’s possible that lava is flowing underneath, but since the main crater is already open and has released the magma there, we don’t expect magma flow from these fissures,” Olayta also said, affirming an earlier assurance by Phivolcs Monitoring and Eruption Prediction Division chief Maria Antonia Bornas.

“But that is open for interpretation, since we are still constantly data gathering,” he added.

“It’s possible that lava is flowing underneath, but since the main crater is already open and has released the magma there, we don’t expect magma flow from these fissures,” Olayta also said, affirming an earlier assurance by Phivolcs Monitoring and Eruption Prediction Division chief Maria Antonia Bornas.

But then he pointed out that if magma erupts, the chambers and conduits could be emptied, and the ground could possibly sink.

“Subsidence is possible after all this is over, but deposits can also form in the cracks, and settle there,” Olayta said.

Subsidence is the sudden sinking or gradual downward settling of the ground’s surface.