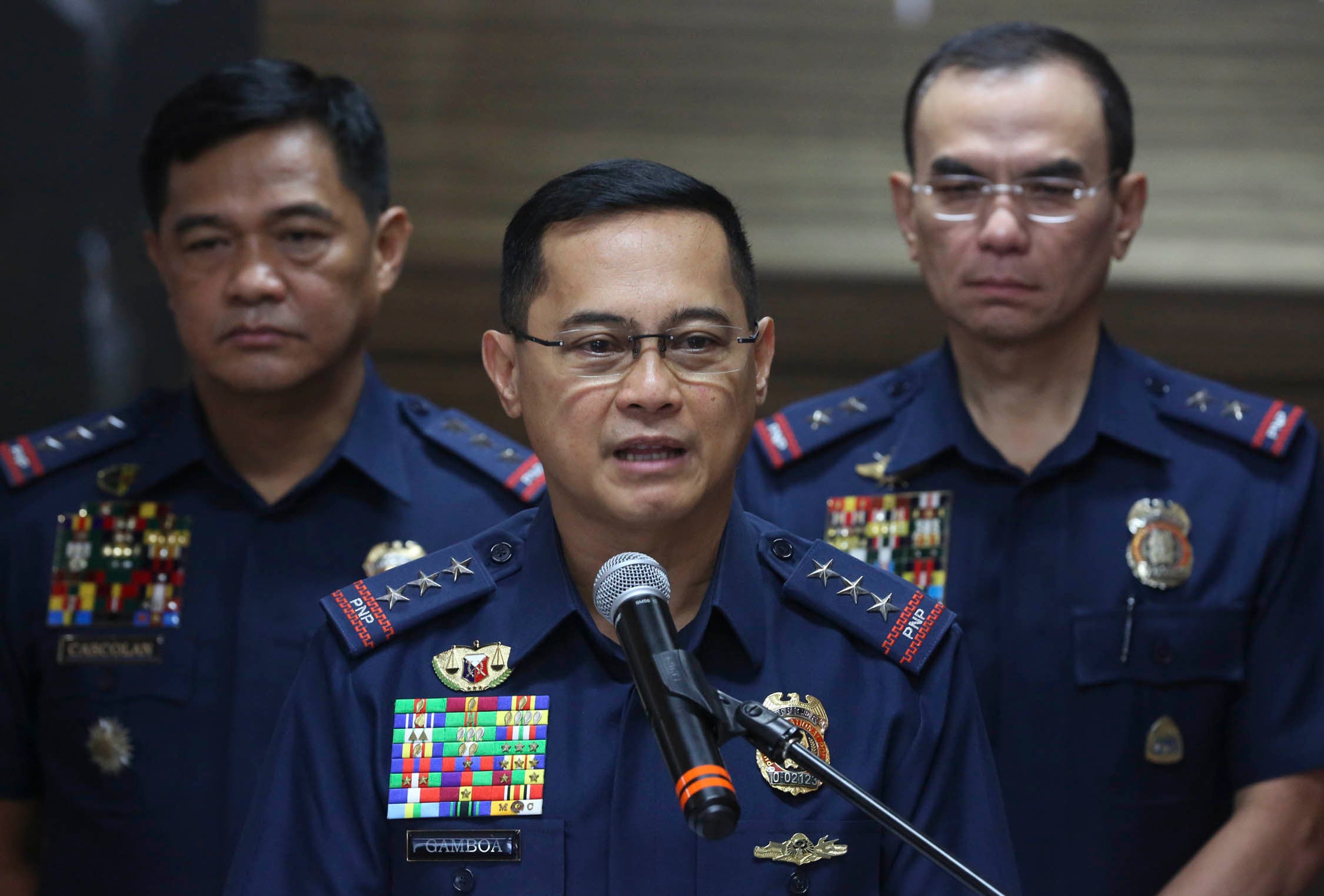 “We have the PNP chief,” the President said at a thanksgiving gathering of The Fraternal Order of Eagles in Davao City that included Gamboa among the guests. “I am going to appoint you as the regular PNP [chief]. But you and I will, you and [Interior] Secretary [Eduardo] Año and I we will have a long, long, long talk first.”

The announcement ended three months of speculation as to who will succeed Albayalde, who resigned on Oct. 14 at the height of the “ninja cops” controversy.

Mr. Duterte told the Eagles that he was impressed by Gamboa’s sincerity while he served as both officer in charge and PNP deputy chief for administration over the past three months. Show of sincerity

Shortly after Albayalde resigned ahead of his Nov. 8, 2019 retirement, Año appointed Gamboa, then the second in command, as the PNP’s officer in charge.

“You showed me your sincerity. And I’d like to leave you something [for which] you will be remembered by the country,” the President publicly told Gamboa during the gathering.

Like Albayalde, Gamboa is a member of the Philippine Military Academy’s “Sinagtala” Class of 1986.

His connection to Mr. Duterte goes way back to the Chief Executive’s days as then Davao City mayor in the 1990s. Gamboa served as spokesperson of the Davao regional police office from 1997 to 2002.

When Mr. Duterte won the 2016 presidential elections, he was then the deputy chief of the Directorate for Logistics and eventually rose to the fourth most powerful spot in the PNP, the chief of the directorial staff, in 2017, and became the number three man, the deputy chief for operations, in 2018.

As deputy chief for administration, Gamboa was considered an “automatic” contender for the PNP’s top post and was among the three names that Año recommended for the position. Earlier, the President said he would leave Año to lead, fix and “purge” the scandal-ridden PNP, saying it was too problematic with accusations of corruption and illegal drugs.

However, Mr. Duterte said he wants a “better deal” from the next PNP chief, saying he needs a guarantee that all drug lords would soon be killed.

Read Next
Taal damage to agriculture hits P3B
EDITORS' PICK
‘NCR Plus’ to be under MECQ starting April 12 until April 30 — Palace
Pru Life UK receives four golden arrows for solid corporate governance
Pre-order the new vivo Y20s [G] to get a free TWS earphone
Malls adjust ‘NCR Plus’ operating hours for April 12-30 MECQ
Speed up your game with the new vivo Y20s [G]
Metro Manila to have shortened curfew hours from 8 p.m. to 5 a.m. under MECQ
MOST READ
Stop ‘creeping occupation’ of ‘militia’ boats in WPS, Pacquiao asks China
Bea Alonzo clarifies status of her relationship with Dominic Roque
Convicted former aide of Sen. Bong Revilla dies — BuCor
Locsin to China: ‘Then move out’
Don't miss out on the latest news and information.