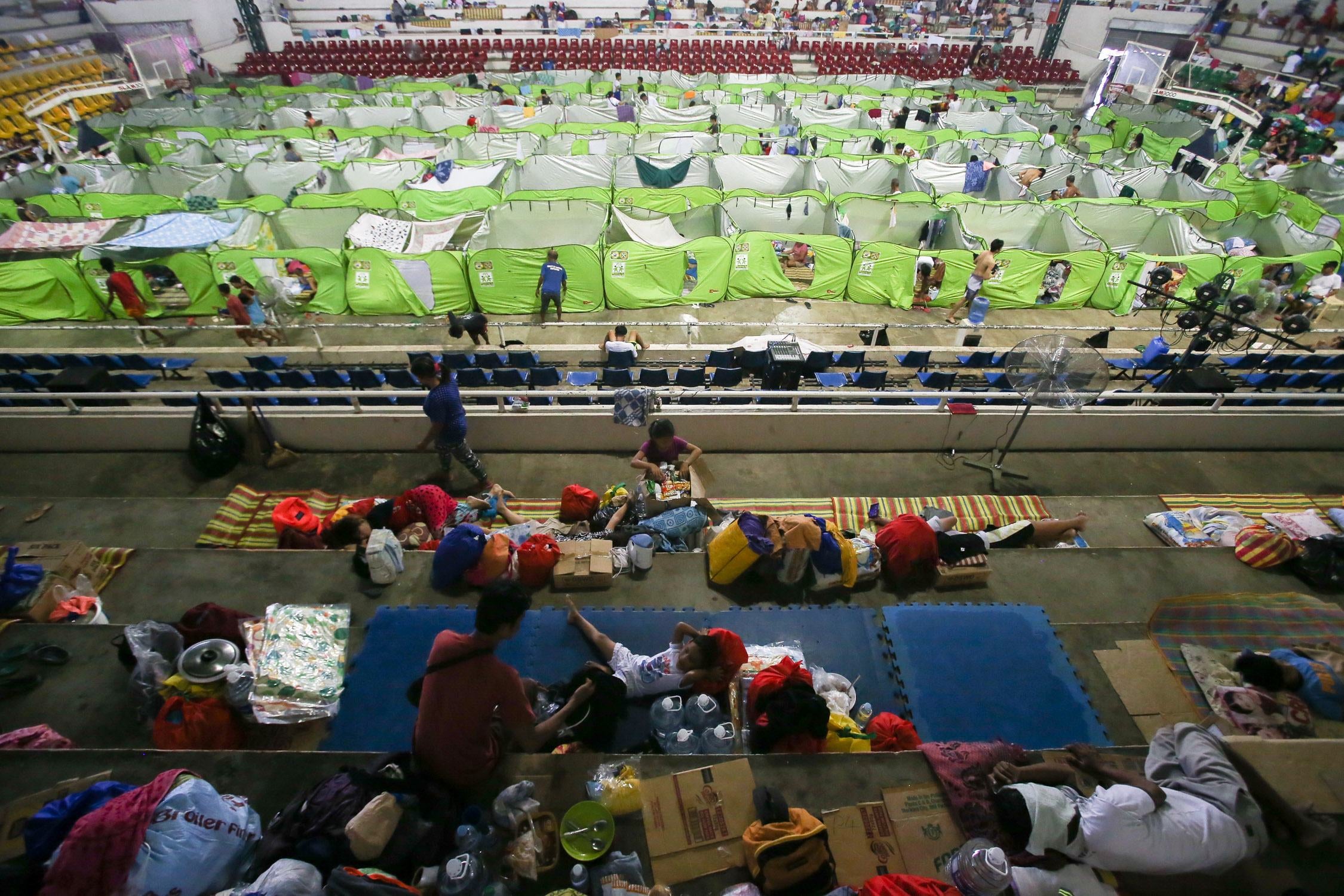 NEED FOR SANITATION Evacuees from nearby towns in Batangas province find a temporary shelter in Batangas City Sports Complex, whose basic amenities, however, are not enough for the growing number of displaced. —LYN RILLON

While experts said they could not determine how long the Taal eruption crisis will last, Health Secretary Francisco Duque III urged the private sector to donate portable toilets for 87,000 evacuees in 271 shelters where public health is a growing concern.

Duque appealed to “progressive private sector entities” to share their resources in the spirit of bayanihan and corporate social responsibility because evacuees are beginning to show the physical strain of their plight.

He said 671 medical consultations in evacuation centers showed that diarrhea was already the third most common health complaint.

The top illness is acute respiratory infection, which he attributed to the inhalation of volcanic ash, followed by hypertension, diarrhea, skin diseases and influenza-like illnesses.“Diarrhea is a problem that we really need to watch out for. I have instructed our Department of Health (DOH) Region 4A and the neighboring regions to complement the efforts to reach out to more of our people, to ensure sanitation is really worked on,” he said.

“Sanitation is what I keep on hammering on, the construction of latrines. ‘Portalets’ are expensive, so it’s quite prohibitive. But we are appealing for the private sector to also send portalets,” he said on Friday.

A portable toilet costs around P60,000 while renting one would cost about P2,500 per day.Duque said most evacuation centers, like schools, do have toilets but he doubted that the number would be enough to meet the needs of the increasing number of evacuees whose health may be endangered by unsanitary conditions.“The more long-term solution is the construction of latrines and that’s now being discussed among the concerned agencies,” he said.

Apart from preventing outbreaks of gastrointestinal illnesses, the DOH is also cooperating with the Department of Social Welfare and Development to address evacuees complaining of trauma and other mental health issues.

“All the major agencies and department heads are going to attend. He will just visit the affected areas, including the evacuees,” Panelo told reporters in Malacañang on Friday.

“Our visit before was very brief, we only had a situation briefing. This time, he will really make the rounds to really know the situation and find out if he needs to implement additional measures,” he added. Panelo said the President would also extend assistance to affected evacuees and residents, just like what he did during his visit on Tuesday.

He added that Mr. Duterte wants to build more permanent evacuation centers to be used in times of calamities, noting that there is enough funding for such structures.