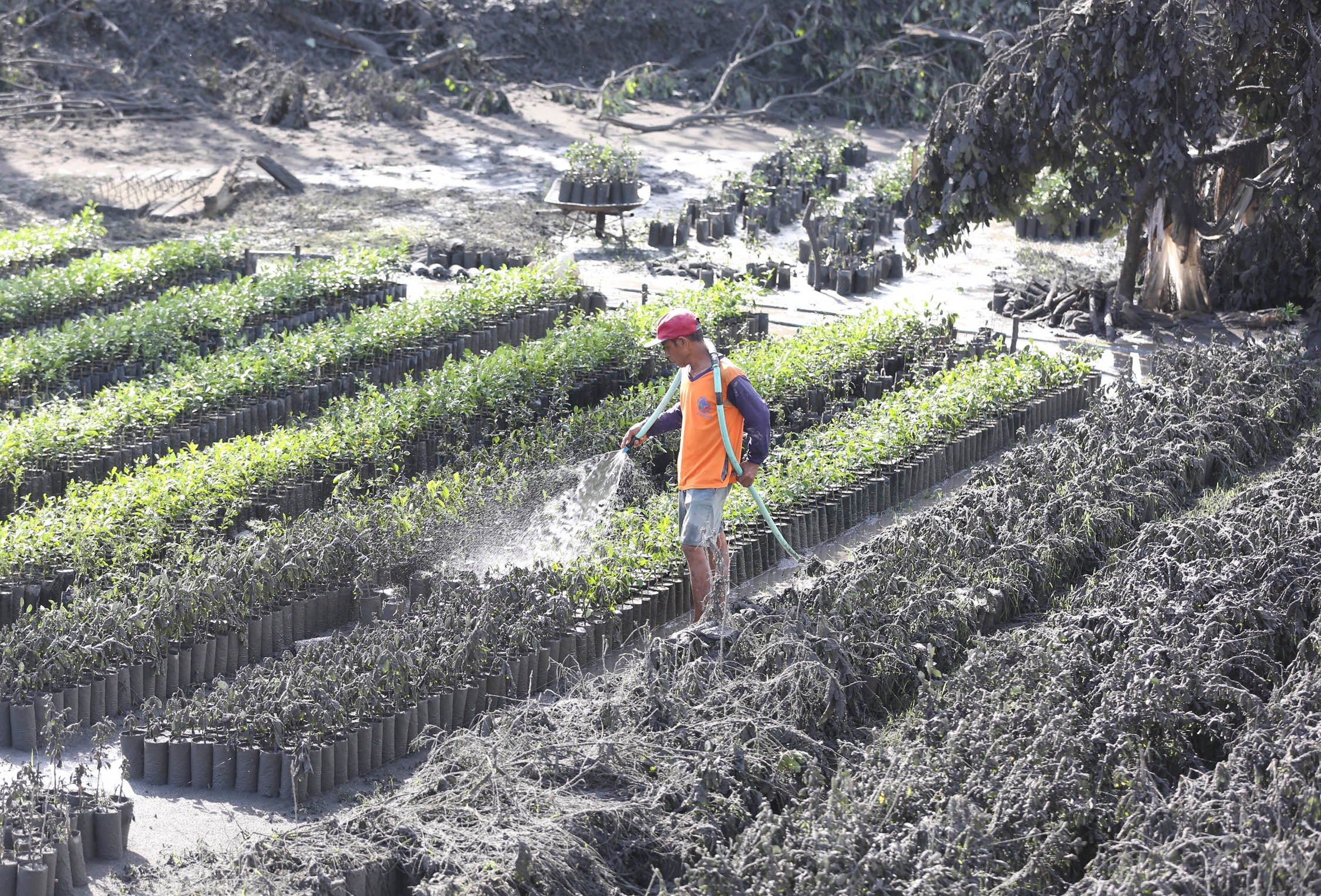 Five days since Taal Volcano rumbled and spewed ash over nearby provinces and cities, the eruption had already damaged P3.06 billion worth of agricultural crops, fish and livestock in the provinces of Batangas, Cavite and Laguna, the Department of Agriculture (DA) said on Monday.

The DA said the volcano had damaged 15,790 hectares of farm lands and 1,967 animal heads. Most crops that were destroyed were high-value crops such as coffee and cacao, and included pineapples, coconuts, rice and other assorted fruits and vegetables.

The biggest damage was incurred by the fisheries sector which lost an estimated P1.6 billion after 6,000 fish cages installed around Taal Lake, were left unattended by their owners. Fisherfolk around the volcano culture tilapia and “bangus” species there.

A breakdown from the DA showed damages sustained by Batangas, Cavite and Laguna totaled to P2 billion, P1 billion and P30.45 million, respectively.

Losses incurred by the agriculture sector have been rising significantly after officials were able to survey more areas.

On Tuesday, the agency’s estimates were pegged at P74.5 million after surveying selected areas in Cavite and Batangas where coffee farms were blanketed with ash.

This later went up to P577.39 million after more data came in from various municipalities and towns. The DA said the explosion initially affected 2,772 ha but this was revised to 15,790 ha after two days.

Of that figure, P3.3 billion is expected to be incurred by the agriculture, fishery and forestry sectors.

The Cabinet official downplayed these estimates, noting that Batangas only represents 0.3 percent of the Calabarzon region’s gross regional domestic product.

“[It has] insignificant impact on the country’s GDP (gross domestic product) for the first quarter because it covers only parts of Batangas towns bordering Taal Lake,” he said.

Donations have poured in the region from various local government units as well as national agencies and organizations.

The Bureau of Animal Industry, the Philippine Carabao Center and the National Dairy Authority have provided 20 bags of animal feeds, drugs and medicines as well as 2.5 tons of roughages for the rescued livestock.

Moreover, the League of Associations in La Trinidad, Benguet, said they would bring 3 to 4 tons of assorted vegetables to evacuation centers in Batangas.

Despite the seemingly calmness of the Taal Volcano in recent days, the Philippine Institute of Volcanology and Seismology said it was building up power for what could be a catastrophic eruption.

As such, residents near the area were advised to evacuate and leave their homes.