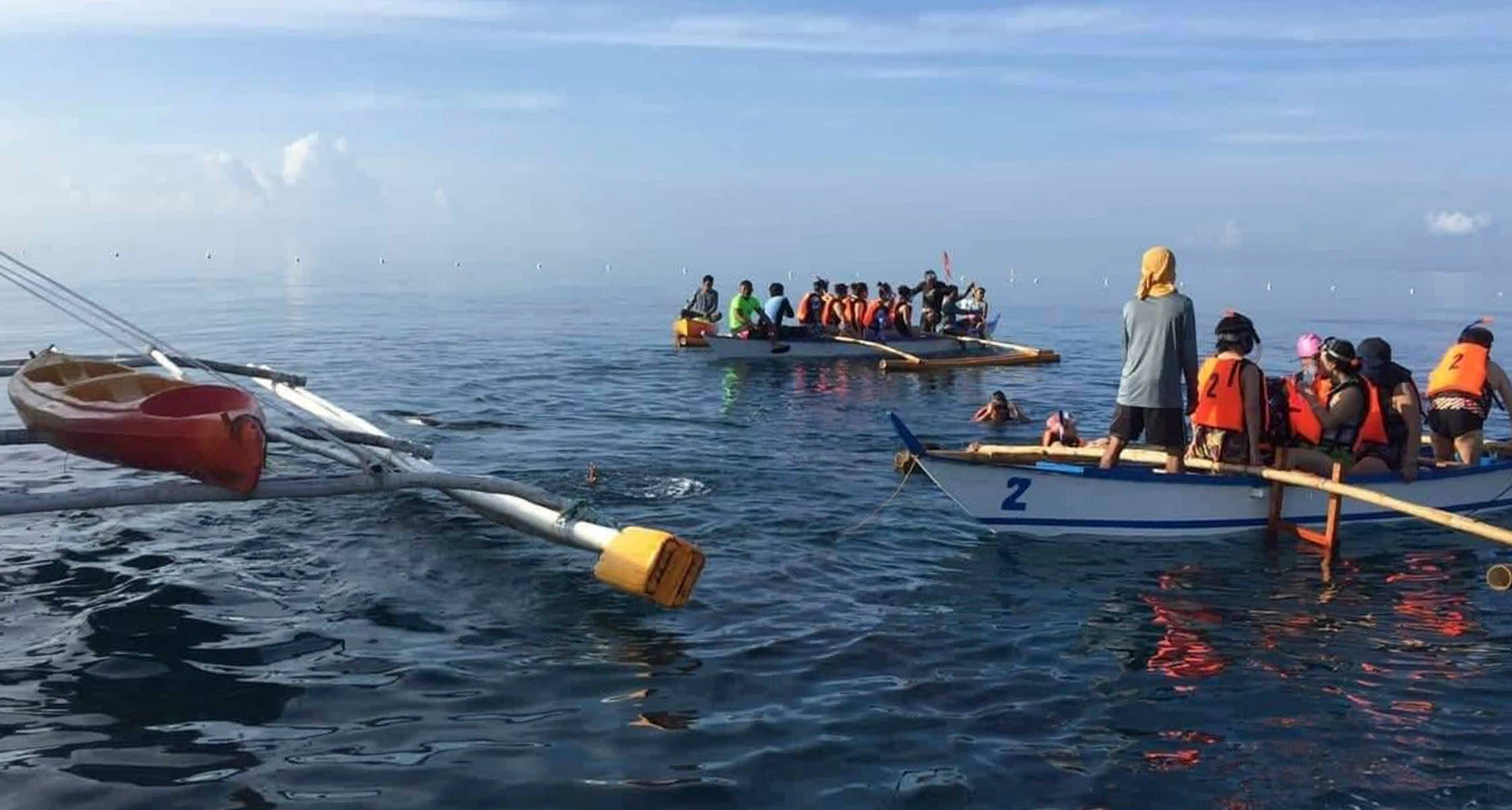 ENVIRONMENTAL CONCERN Locals in Lila town, Bohol province, are on the lookout for whale sharks, which are being drawn for tourists to see as part of the town’s attractions. —NATHAN MANTUA / CONTRIBUTOR

Piollo also declined an invitation by the Sangguniang Panlalawigan (SP) to attend a committee hearing on Monday, Jan. 13.

He instead invited the SP members to come to his town for the same purpose.

Whale shark interactions, as efforts to draw these animals to the sight of tourists have been called, “will continue,” Piollo said.

On Dec. 23, last year, Relampagos issued an executive order to stop the spotting and feeding of whale sharks at Barangay Taug, Lila town, at least 28 kilometers from the capital city of Tagbilaran.

Relampagos said an ordinance was still needed regulating the whale shark encounters, which must be approved by the SP in coordination with other government agencies.

The municipality of Lila has not passed any such ordinance, the executive order pointed out.“We are not after the total ban of whale shark interaction but only on the ecological trapping of marine wildlife by provisioning and/or [the] act of feeding and luring and other activities, which will harm these marine mammals and which are in violation of the law,” the order said.

Jerome Gonzales, provincial director of the Department of the Interior and Local Government, said the governor has direct supervision over mayors as stated in the Local Government Code.

The provincial governor is mandated to ensure that all executive officials and employees of the province faithfully discharge their duties and functions as provided by law and to enforce all laws and ordinances relative to the governance of the province and the exercise of the appropriate corporate powers provided for under Section 22 of the Local Government Code.

Gonzales also suggested a dialogue between the two local officials.

‘Fake ecotourism’Piollo said that since whale shark interaction was happening in Lila town, it should be the officials of the municipality who should craft their own ordinance, and not the province.

“When you have an attraction, it becomes an anchor. It has a multiplier effect [on] the economy in Lila. Before we had almost nothing to offer. Now, we have one,” he said.

The Taug Whale Shark Watching and Snorkeling has employed at least 102. There are 35 paddlers from Barangay Taud and neighboring villages who have a minimum salary of P340 per day with free food. There are 15 personnel who look after the welfare of whale sharks.

Local and foreign tourists pay P500 and P1,000, respectively. These tourists are given 30 minutes to interact with the sharks.

But environmental groups call this activity an “ecological trap” and “fake ecotourism.”