Rescued hornbill from Taal area turned over to DENR 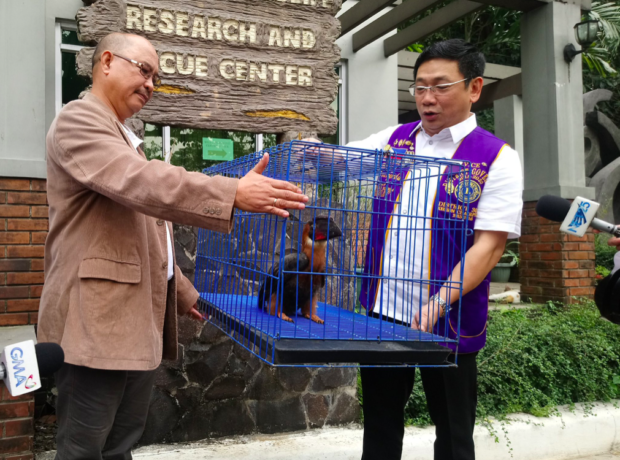 Environment and Natural Resources Undersecretary Benny D. Antiporda turns over the first species, a hornbill (kalaw), from the Taal Volcano area that was rescued by a member of the Cavite Lions Club. With Antiporda is Assistant Secretary and concurrent Biodiversity Management Bureau chief Ricardo Calderon. Photo from DENR

MANILA, Philippines — A rescued rufous hornbill that appeared to have migrated from the affected wildlife in Taal area in Batangas was turned over to the Department of Environment and Natural Resources (DENR) on Thursday.

In the department’s Twitter post, it showed that the hornbill, which its species is said to be endangered, was rescued by a member of the Cavite Lions Club.

The bird was rescued by Cavite Educators Lions Club member Flor Locson in Bacoor and suspected to have come from the protected wildlife area in Taal.

DENR Undersecretary Benny Antiporda said the bird appeared to have traveled a long way when discovered by Locson. It was turned over to Antiporda, being with the DENR and also vice district governor of the Lions Club 301-A2.

Antiporda said the rescued bird will be named “Taalion” for being a survivor of Taal’s fury and rescued by a Lions Club member.

“We are also calling all people to rescue and turn over these distressed animals that migrated from the affected area in Taal due to the volcano’s eruption. You may approach the concerned NGOs, and Lions Club is one of them, they are here to help us,” Antiporda told INQUIRER.net.

The bird is now under the care of the office of Assistant Secretary and concurrent Biodiversity Management Bureau (BMB) chief Ricardo Calderon.

Undersecretary Benny D. Antiporda turns over the first species, a hornbill (kalaw), from the Taal Volcano area that was rescued by a member of the Cavite Lions Club to Assistant Secretary and concurrent BMB chief Ricardo Calderon. pic.twitter.com/8s6RT4YmcP

After the turnover, the hornbill underwent a checkup conducted by the officers of the BMB’s Wildlife Rescue Center. 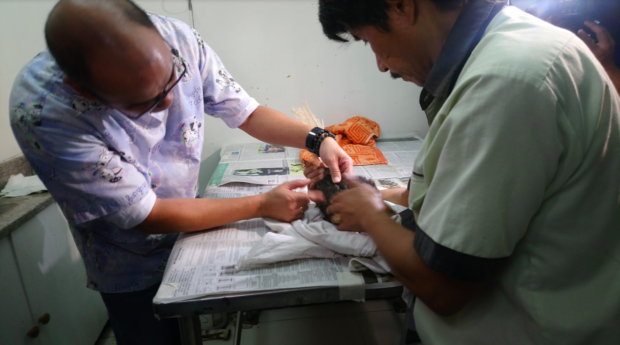 Officers of the Biodiversity Management Bureau’s Wildlife Rescue Center led by Dr. Esteven Toledo, conduct a checkup and assessment of the rufous hornbill that was rescued from the Taal Volcano area. Photo from DENR

Earlier, Antiporda urged the public to save the endangered species affected by the Taal volcano eruption, and turn them over to the nearest DENR office. 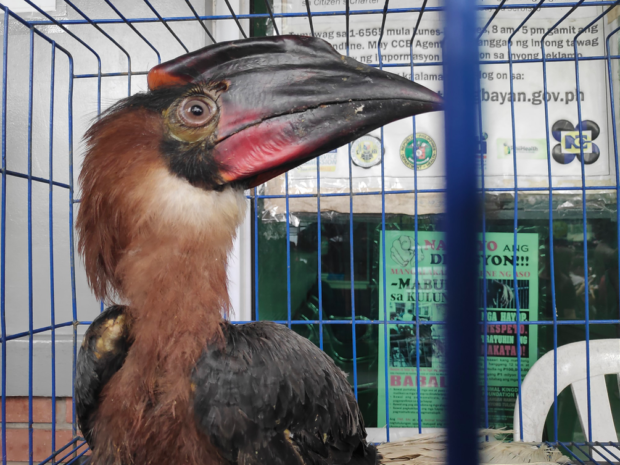 The DENR names this rescued hornbill “Taalion.” Photo from DENR