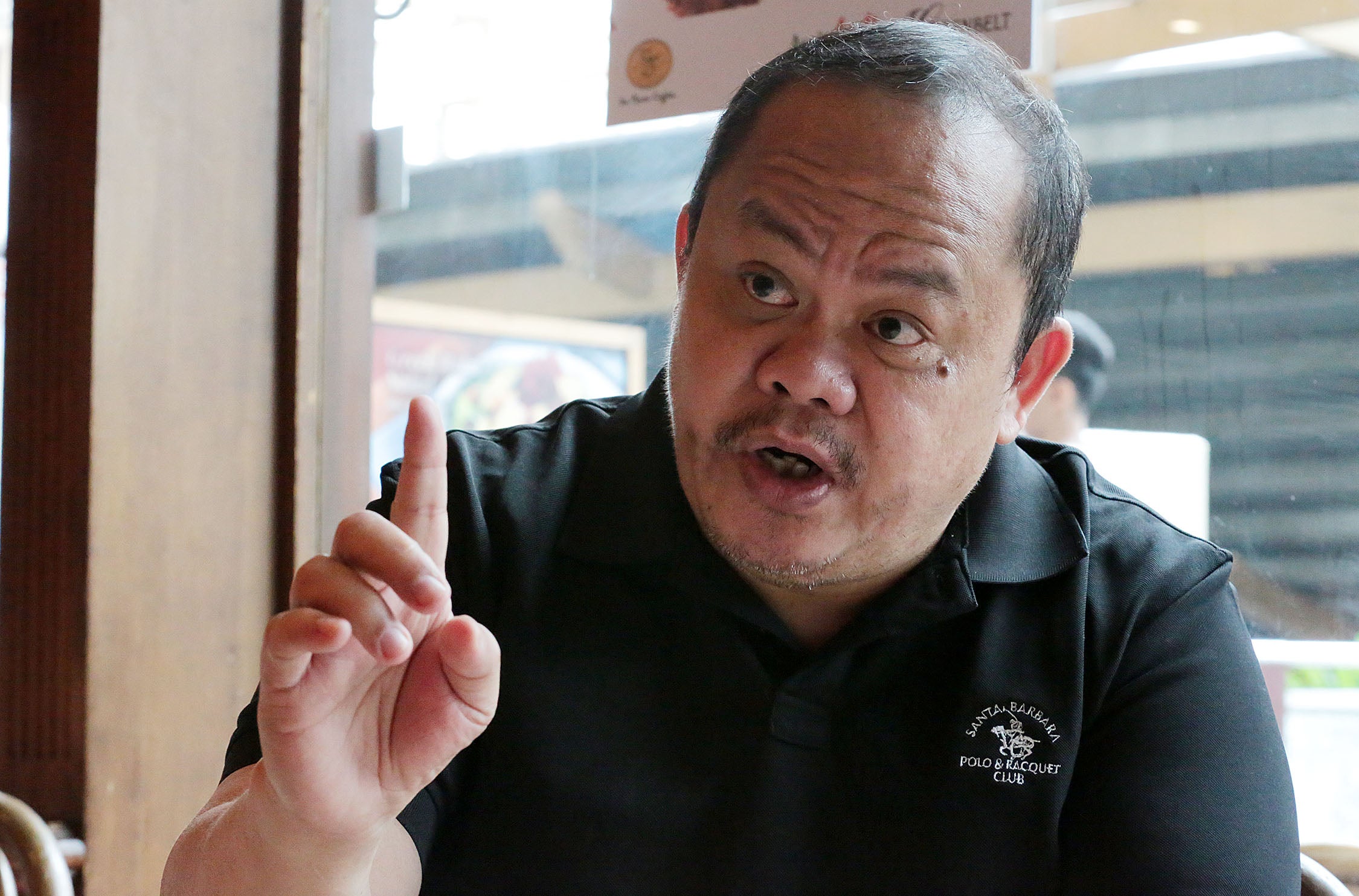 MANILA, Philippines — In a blow to groups accusing President Rodrigo Duterte of human rights violations, lawyer Jude Josue Sabio on Tuesday said he was withdrawing the complaint he had filed in the International Criminal Court (ICC) charging the President with crimes against humanity in his brutal war on drugs.

In the 28-page sworn statement he was to mail and later personally hand to ICC prosecutor Fatou Bensouda, Sabio said he wanted the complaint, which is called a communication, to be “set aside and ‘thrashed’ for being just a part of the political propaganda” of the opposition led by the Liberal Party (LP).

He recommended that the whole case be discarded since it emanated from polluted sources.

Sabio, 53, said he changed his mind about prosecuting the President for extrajudicial killings (EJKs) after he found that the political opposition had no moral ascendancy to accuse Duterte.

He also admitted that his turnaround was motivated partly by the “pittance” he allegedly received as payment from opposition figures for his services.

Sabio was accompanied to a lawyer’s office where he signed the statement by Duterte supporter and defeated senatorial candidate Lorenzo Gadon, who showed reporters excerpts of the document and photos of Sabio signing it.

Sabio told the ICC prosecutor that he refused to be used as a tool by Duterte’s critics led by former Sen. Antonio Trillanes IV, with whom he had a falling-out over the discredited “Bikoy” videos, and detained Sen. Leila de Lima.

“I would be given a pittance when they needed me for the political propaganda, and then later I would be told that there was no more budget due to financial constraints,”he said.

“It was a pattern that was all too obvious to me, which made me so skeptical about their engagement of me for alias ‘Bikoy,’” Sabio said.

Bikoy, whose real name is Peter Joemel Advincula, was the hooded figure in the viral “The Real Narco-list”videos on social media ahead of the May 2019 midterm polls about the alleged involvement of the President’s family and associates in the drug trade.

Advincula later recanted and said the political opposition was behind the videos, prompting the filing of sedition and other charges against Vice President Leni Robredo, Trillanes, De Lima, and 33 others.

Sabio said Trillanes tried to recruit him as lawyer for Advincula.

But Trillanes denied he was connected to Advincula, who did not pass his vetting process.

“The bottomline is I was disillusioned and disenchanted with the actions of Senator Trillanes, Senator De Lima, Father [Albert] Alejo, and the rest of the LP-led opposition in that Bikoy scandal,” Sabio told the Inquirer in a text message.

“They are using lies for their political agenda and I was almost dragged into that sedition case and charged with kidnapping because of them, so I realized they no longer had any moral upper hand and ascendancy against extrajudicial killings,” he added.

He told the Inquirer that if Trillanes and the opposition believed in the merit of the case filed in the ICC, “they should not have made Bikoy.”

“Who will believe them in the ICC with what they did?” Sabio said. “A case like that in ICC can only be as good as the credibility of the person pursuing it; one has to come to court with clean hands.”

Trillanes said Sabio’s move showed the President was troubled about the case.

“The attempt of Duterte forces to reach out to Sabio is a clear indication that Duterte is now anxious as the case against him in the ICC may be resolved soon,” the former senator said in a statement.

He pointed out that the complaint was based on the testimonies of Duterte’s two former security aides, retired SPO4 Arturo Lascañas and confessed hitman Edgar Matobato and Sabio only served as their lawyer.

“Even assuming that Sabio’s withdrawal (of the complaint) will be accepted, there were others who had filed a case against Duterte in the ICC,” he said.

He said he and former Magdalo party list Rep. Gary Alejano filed the second communication in the ICC against the President in June 2017.

In his complaint against Duterte and 11 of the President’s allies filed in April 2017, Sabio cited the “continuing mass murder” in the Philippines as shown by the thousands of Filipinos killed in Duterte’s anticriminality and antidrug campaigns that began when he was still mayor of Davao City.

In August 2018, activists and families of eight victims of drug war filed another communication against Duterte, accusing him of murder and “crimes against humanity”over the government’s crackdown on illegal drugs in the extrajudicial killings and “brazen”executions by police acting with impunity.

They were assisted by the National Union of Peoples Lawyers (NUPL).

Duterte withdrew the Philippines from the Rome Statute in 2018 after Bensouda opened a “preliminary examination” of the allegations in Sabio’s communication.

The withdrawal took effect in March 2019, making the Philippines the second nation to quit the world’s only permanent war crimes tribunal.

NUPL members on Tuesday said Sabio’s decision would have no bearing on the preliminary examination, which Bensouda last year said was expected to be concluded in 2020.

“As long as the ICC has reliable information it will proceed. And it has plenty – our communication and complaint is complete with data and documents from the government, affidavits of victims,” said NUPL’s Krissy Conti in a text message.

“We intend to see this investigation and trial through until the end, seeking justice for both the dead and the living, hopefully averting future failures and atrocities,” she said.

Edre Olalia, NUPL secretary general and lawyer for Rise Up, a group of relatives of victims of extrajudicial killings, said the other complaints, particularly those filed by relatives of slain victims, would stand on their own merits even if Sabio withdrew his complaint.

He refused to speculate on what led Sabio to withdraw.

“Absent clear and established facts at this point as to the real reasons, context and circumstances of the reported withdrawal, we cannot divine or second guess with certainty the intention or motivation behind such step,” he said.

In an interview with the Inquirer in February 2018, Sabio said he felt “tremendous pressure” from the implications — and consequences — of what he may have set in motion.

He said he feared for his personal safety and feared for the lives of Matobato and Lascañas, both of whom had turned whistleblowers and were now fugitives.

Solicitor General Jose Calida, one of the 11 other officials Sabio wanted the ICC to investigate, threatened to bring a case to disbar the lawyer.

“We will see him in court,”Calida had said in a statement. “It appears that this lawyer is in the business of maliciously filing baseless suits based only on hearsay and unfounded suspicions.”

In March 2019, the Court of Appeals ordered the lower court in to recall the arrest warrant.—With reports from Marlon Ramos, Patricia Denise M. Chiu and Inquirer Research