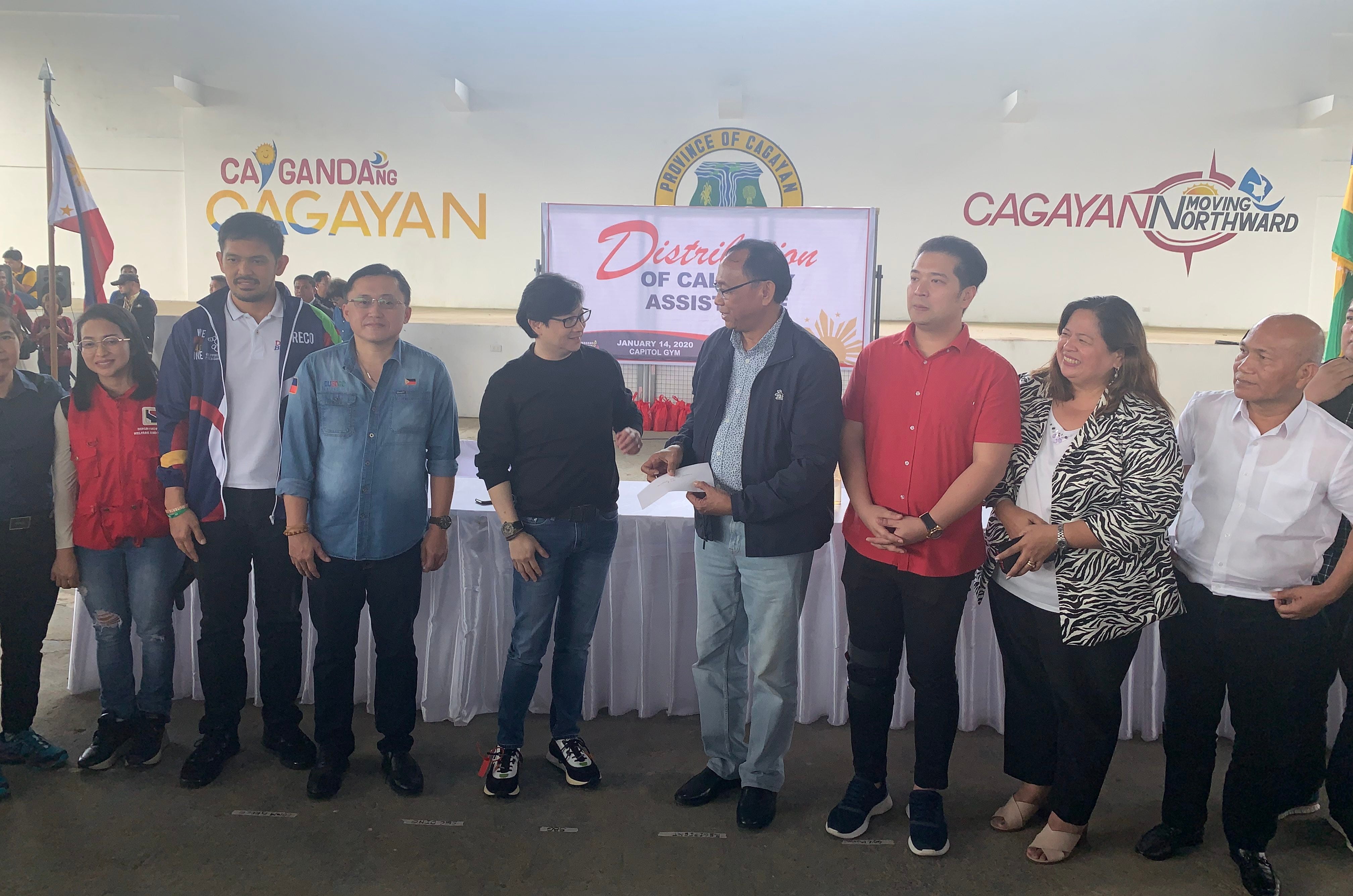 Cagayan Gov. Manuel Mamba (center) receives the calamity assistance for Cagayan folk from Undersecretary Michael Dino, Presidential assistant for the Visayas, and Senator Christopher Lawrence Go during the awarding rites at the Capitol Gymnasium in Tuguegarao City. With them are other government officials.(Photo by Villamor Visaya Jr.)

Sen. Christopher Lawrence “Bong” Go led the inauguration of the center and awarded an initial P5-million check for the medical center.

Malasakit Center serves as a one-stop-shop for medical and financial assistance from the government through the Department of Health, Department of Social Welfare and Development, Philippine Health Insurance Corp. and the Philippine Charity Sweepstakes Office.

Go later led the distribution of calamity aid worth P33-million to a thousand families in the province, which has been hit by typhoons, monsoon rains and floods.

Go had authored the Malasakit Center Act of 2019 to institutionalize the establishment of the one-stop help centers in all government-run hospitals to benefit more Filipino patients, especially the poor.

Read Next
‘I will be there’: Duterte tells troops bound for Middle East
EDITORS' PICK
China expands lockdowns to 25M people to halt viral outbreak
Taal Volcano flexes signs of restiveness anew
BIR grants relief to Taal-affected taxpayers in Batangas
SM continues to send relief assistance to remote towns in Batangas
Beyond water service: Maynilad builds massive infrastructure projects to clean up Metro Manila waterways
Get exciting deals and discounts when you download the new McDonald’s App
MOST READ
Taal Volcano flexes signs of restiveness anew
Part of Aurora Boulevard in Cubao closed from Jan. 25 – Feb. 1
PH to ‘start process’ of VFA termination — Locsin
Wuhan tourists on Boracay to be flown back to China
Don't miss out on the latest news and information.