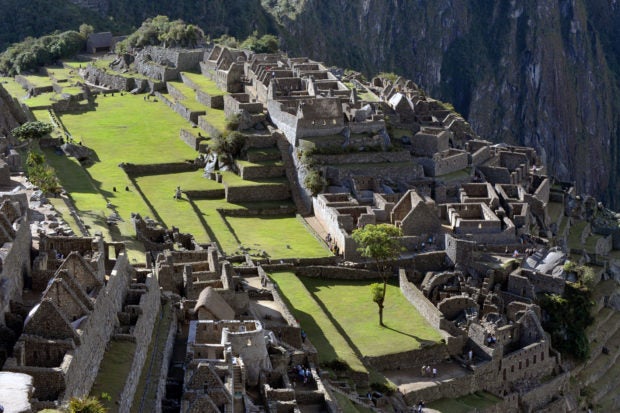 Six tourists, including a French woman, have been arrested over accusations that they damaged Peru’s cultural heritage by defecating in a sacred temple at the iconic Machu Picchu sanctuary.

“The six tourists are being detained and investigated by the public ministry for the alleged crime against cultural heritage,” Cusco regional police chief Wilbert Leyva said on Monday, quoted by the local Andina news agency.

The tourists were arrested on Sunday after park rangers and police found them in a restricted area of the Temple of the Sun, an important site at the Inca citadel.

Leyva said authorities had come across a “fracture” in a piece of stone that had “broken off a wall and caused a crack in the floor.”

Cultural authorities from Cusco, the region where Machu Picchu is located, said feces were found in the Temple of the Sun.

The group was made up of one French, two Brazilians, two Argentines and a Chilean, according to police. They face at least four years in prison if found guilty of damaging Peru’s heritage.

Several parts of the semicircular Temple of the Sun are off-limits to tourists for preservation reasons.

Worshippers at the temple would make offerings to the sun, which was considered the most important deity in the Inca empire as well as other pre-Inca civilizations in the Andean region.

The Machu Picchu estate — which includes three distinct areas for agriculture, housing and religious ceremonies — is the most iconic site from the Inca empire that ruled a large swathe of western South America for 100 years before the Spanish conquest in the 16th century.

Machu Picchu, which means “old mountain” in the Quechua language indigenous to the area, is at the top of a lush mountain and was built during the reign of the Inca emperor Pachacuti (1438-1471).

It lies around 100 kilometers (60 miles) from the Andean city of Cusco, the old Inca capital in southeastern Peru.

The site was rediscovered in 1911 by the American explorer Hiram Bingham. UNESCO declared it a World Heritage Site in 1983. IB/RGA