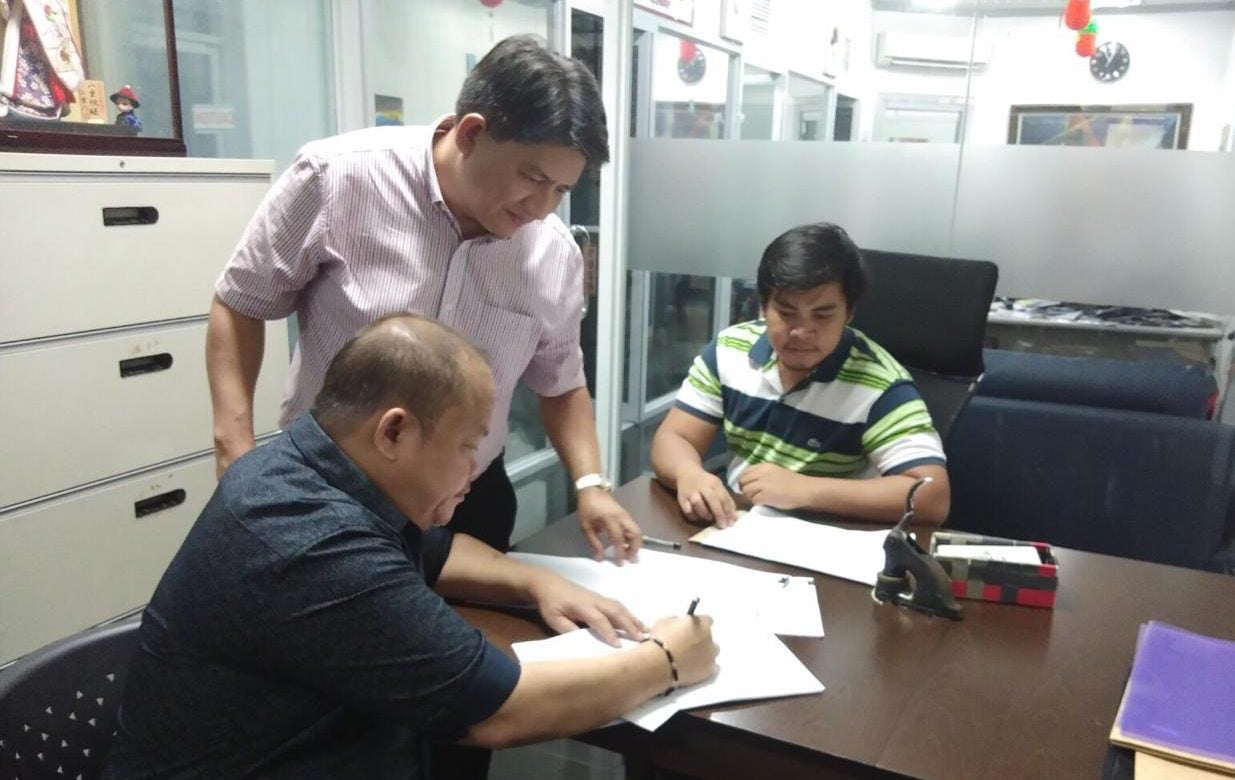 Atty. Jude Sabio signs his affidavit withdrawing his communication vs. President Duterte before the ICC. Photo from Larry Gadon

MANILA, Philippines — Lawyer Jude Sabio has announced that he is withdrawing his complaint against President Rodrigo Duterte before the International Criminal Court (ICC).

Sabio, a lawyer for a self-confessed member of the Davao Death Squad (DDS), Edgar Matobato, said that like in the case of his client, “the same thing could happen” to the ICC complaint.

“I would be given a pittance when they needed me for the political propaganda and then later, I would be told that there was no more budget due to financial constraints,” Sabio said in his affidavit adding that “it was a pattern that was all too obvious to me.”

“In light of all these and under the circumstances obtaining, I am left with no choice but to formally withdraw from your office the communication that I filed way back 24 April 2017.”

“I fervently request that it be expunged or erased from the record and that it should not be used in any way in the ongoing preliminary investigation,” he added.

Bensouda also said ICC retained jurisdiction to prosecute the Duterte administration for any crimes against humanity committed before the Philippines withdrew from the international treaty that created the international court.

ICC to continue probe of killings

Read Next
Davao sending food packs to Taal eruption evacuees
EDITORS' PICK
PH preps for China virus: Question of when, not if
Beyond water service: Maynilad builds massive infrastructure projects to clean up Metro Manila waterways
Museums ‘put to sleep,’ churches closed amid volcano’s unrest
Seventh judge assigned to handle De Lima case
SM continues to send relief assistance to remote towns in Batangas
Get exciting deals and discounts when you download the new McDonald’s App
MOST READ
Taal Volcano flexes signs of restiveness anew
Passengers from Wuhan, China to be flown out of Kalibo, Aklan – CAAP
Lacson on Duterte’s threat to end VFA over Bato’s canceled visa: Where is the connection?
Part of Aurora Boulevard in Cubao closed from Jan. 25 – Feb. 1
Don't miss out on the latest news and information.