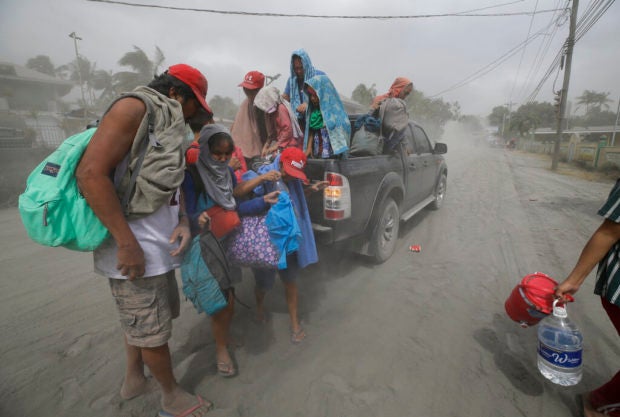 MANILA, Philippines — Around 30,400 people from Cavite and Batangas were affected by the eruption of the Taal Volcano, the National Disaster Risk Reduction and Management Council (NDRRMC) said.

In its situation report as of 6 a.m. Tuesday, the NDRRMC said that 30,423 individuals or 6,891 families from the two provinces were affected.

Out of the said number, the NDRRMC added that 18,187 persons or 4,175 families have taken temporary shelter in 118 evacuation areas.

The displaced locals mostly came from Talisay and San Nicolas in Batangas.

The Taal Volcano’s crater first had a phreatic eruption, where a steam-driven episode that occurs when water beneath the ground or on the surface is heated by magma, lava, hot rocks, or new volcanic deposits, on Sunday afternoon.

This prompted the Philippine Institute of Volcanology and Seismology (Phivolcs) to raise Alert Level 4 over the Taal Volcano, which meant a “hazardous explosive eruption is expected within hours or days.”

Due to the volcano’s phreatic eruption, a state of calamity was raised over the entire province of Batangas.