TAGBILARAN CITY, Bohol, Philippines — For the past eight years on the feast of the Black Nazarene, which falls on Jan. 9, devotees have been flocking to a mountaintop to hear Mass in the chapel that houses the venerated image.

The chapel sits atop Mt. Kalagan at Barangay Malinao in the town of Garcia Hernandez about 53 kilometers from here. But the locals feared the area in the past because of the “engkanto”— enchanted beings believed dwelling there.

The mountain itself is named after a nymph called Maria Kalagan, who, according to local lore, lives in the area.

Resident Mae Janice Galon, 35, recalled a time when they were not allowed to go to Mt. Kalagan.

“Ordinary people could not get to Kalagan. Bad things would happen to them if they touched something that belonged to the engkanto,” she said, adding that only faith healers and spiritualists dared go up the mountain.

Then there were the boat coffins — each measuring 5 to 7 feet and weighing from 50 to 70 kilos — found in the caves of Mt. Kalagan, which added to the general fear of the area.

The coffins are evidence of the belief of early Boholanos that the boats were the dead’s vehicles to heaven, said local historian Marianito Luspo.

The practice was prevalent in the towns of Anda, Jagna, Garcia Hernandez and Carmen, Luspo said. “It’s part of the belief system of the ancient people that death is like a river or passage to the other life,” he said.

Still the locals remembered staying indoors every time they heard a ship’s foghorn. 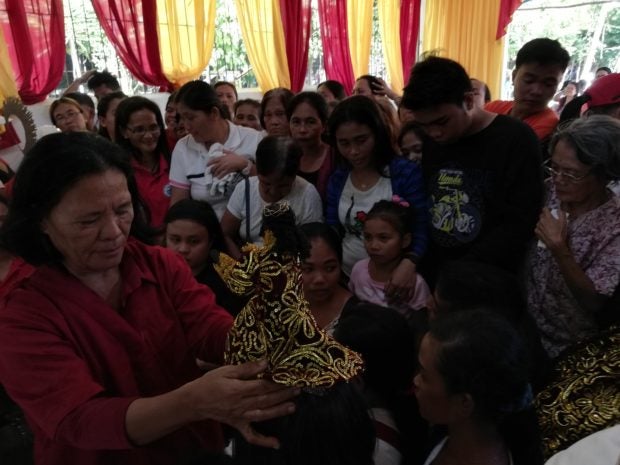 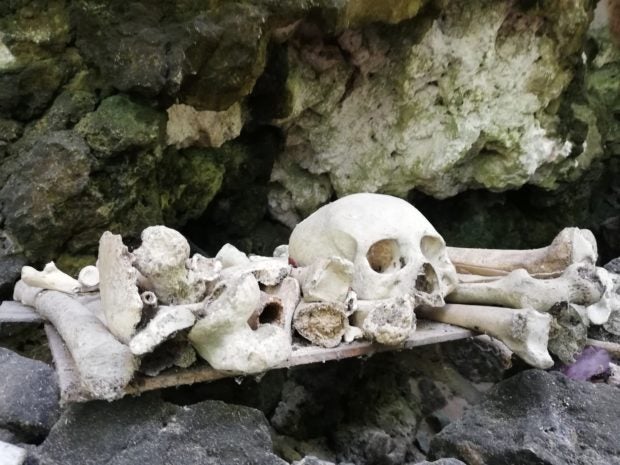 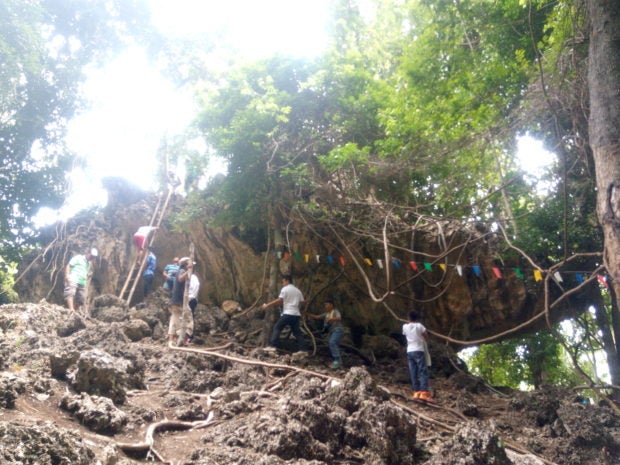 FROM FEAR TO FAITH For generations, Mt. Kalagan at Barangay Malinao in Garcia Hernandez town in Bohol province has inspired tales of dread and the supernatural, being an ancient site for “boat coffins.” It all changed when one of the villagers, faith healer Marina Tadlip Reblinca (top photo), had a dream of the Black Nazarene in 2011. —PHOTOS BY LEO UDTOHAN

The fearsome image of Mt. Kalagan began to change in 2011 when a native of Barangay Malinao had a dream about the Black Nazarene.

“It was the Señor Nazareno who wanted to have a chapel here, to help the people of Bohol, especially those who are sick,” said Marina Tadlip Reblinca, a faith healer.

Reblinca, a devotee of the Nazarene, was then a resident of Palawan where she was on a spiritual mission. She took her image of the dark-skinned Christ and went home to Malinao.

Using donations from devotees, she built a small chapel, which now houses a big image of the Señor Nazareno. A smaller image is displayed at the summit of the mountain just a few meters from the chapel.

Devotees consider the area sacred. When going to the summit, they remove their footwear and walk barefoot even if the ground is covered with limestone.

At first, the residents were hesitant to attend the feast of the Black Nazarene on Mt. Kalagan. But they soon shed their fears and thought nothing of walking 3 km from the town proper to the chapel.

They later realized that the mountain elicited not fear, but tranquility and peace of mind.

The place, now called Bohol Calvary, has since become a destination for pilgrims.

Galon, now a devotee and a mother of two boys, said Mt. Kalagan had become a symbol of faith in the Black Nazarene.

“As a single mother, I offer all to Him,” she said.

Edward Guyano, 49 and a disc jockey from Tagbilaran, joined the hundreds of pilgrims on Jan. 9 to hear Mass in the chapel and take part in a healing session led by Reblinca.

Guyano said his annual pilgrimage was in fulfillment of a promise he made to the Black Nazarene following his healing from a stroke in 2017.

“Thank God, the harder it is, the more blessings it brings,” he said. “[Bohol Calvary] gives me a spiritual experience and inner peace.”

The devotees attended a 10 a.m. Mass and had lunch. They later fell in line to kiss the image of the Black Nazarene.

Reblinca then performed the “patunob,” a ritual in which she touched the heads and shoulders of the devotees with a small image of the Nazarene for healing and miracles.

The Black Nazarene provides spiritual nourishment and hope, and heals and comforts the sick, Reblinca said.

“He is our refuge and our strength for He is our God,” she added.

The Bohol Calvary is sacred to those in search of inner peace and spiritual strength because it has been blessed by the Nazarene, she said.

But this time, they are no longer afraid to go to the mountain because they believe it has been made holy by Señor Nazareno.

They believe it is no longer the home of the engkanto but a place for prayer and healing.