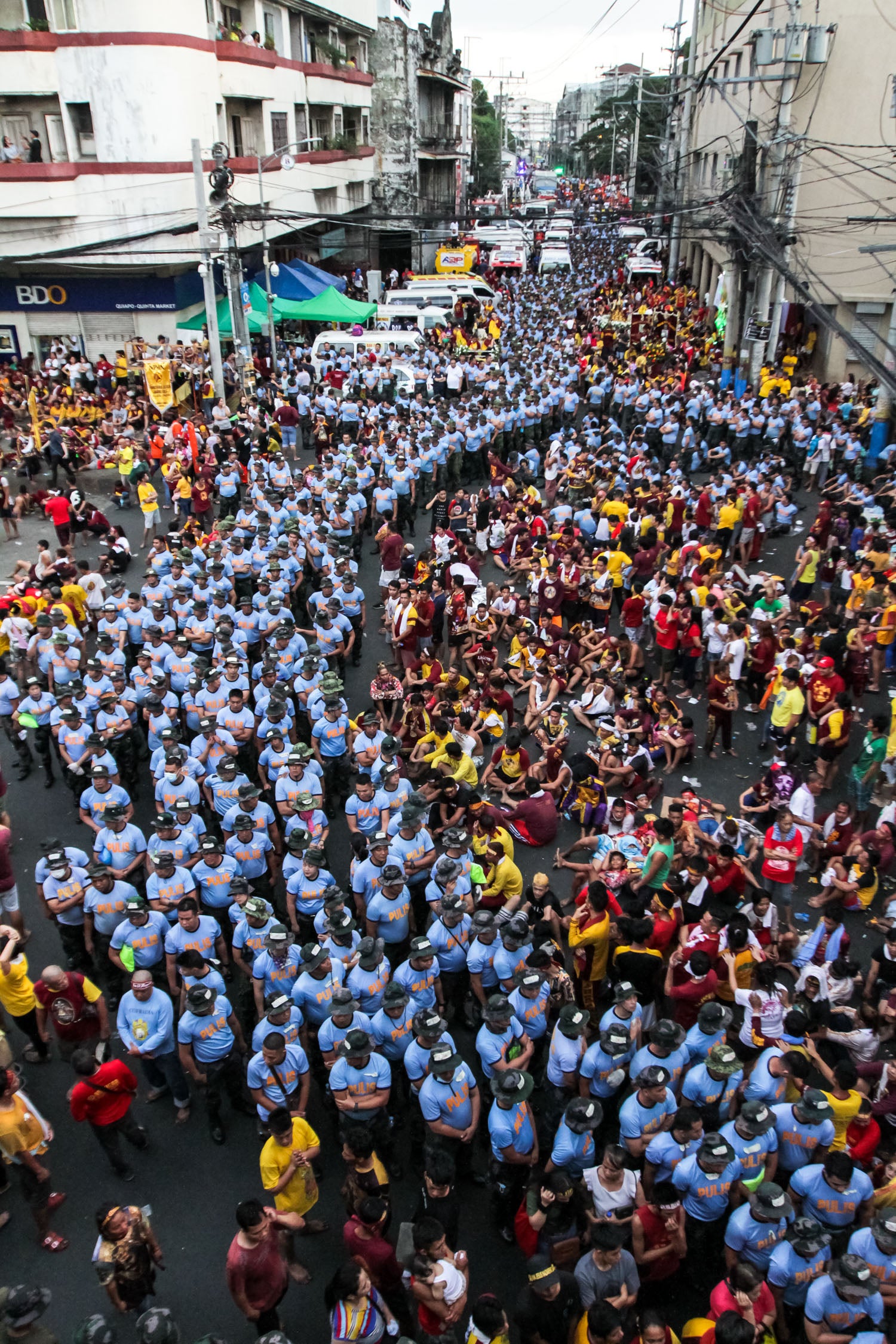 ‘TRASLACION’ 2020 Flanked by police, devotees of the Black Nazarene snake through the route of Thursday’s procession.—LEO M. SABANGAN II

A faster procession, coupled with a policy that banned vendors and hawkers along the route, has led to a relatively lower volume of garbage collected from this year’s “traslacion,” where millions had gathered for the Feast of the Black Nazarene.

Data from Manila government’s Department of Public Services (DPS) showed that it collected a total of 68 truckloads of trash after the 16-hour procession, equivalent to a staggering 330 tons of garbage.

Last year, the much longer procession left 387 tons of trash along the streets of Manila, filling up 99 trucks.

DPS chief Kenneth Amurao said that aside from the “zero vendor policy” along the route, previous apprehensions of violators of the city’s antilittering ordinance, particularly on Christmas Day and on New Year’s Eve, also contributed to the lesser garbage.

According to the city government, the most trash-strewn areas on Thursday were Quiapo and Quirino Grandstand, where thousands gathered for the traditional “pahalik.”

After the devotees moved out, disposable food containers and food packs, mostly made of single-use plastics or styrofoam, were left behind.

Despite the lesser volume of collected trash, Ecowaste lamented the unchanged practices of many devotees in the yearly religious event that almost inevitably transforms the procession’s route into a huge garbage dump.

“The call for an environmentally responsible expression of piety and devotion to the Black Nazarene again fell on deaf ears,” said Jove Benosa, the group’s zero waste campaigner, noting that plastic trash clogged street gutters and even storm drain covers.

Aside from enforcing the law and institutionalizing proper solid waste management, behavioral changes are utmost needed among the millions of devotees, said Aileen Lucero, the group’s national coordinator.