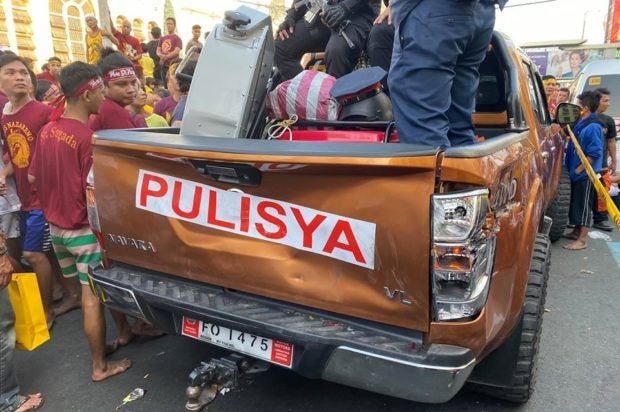 In a statement, Banac said charges for malicious mischief or damage to property would be filed against those responsible for the destruction of the vehicle. However, police have yet to identify those behind the incident.

Ines said the vehicle was damaged after being swarmed by devotees who wanted to touch the image of the Black Nazarene.

Fewer devotees covered the statue after police officers on foot guarded both sides and front of the carriage.

In a phone interview with INQUIRER.net, Ines said the police car also carried a long-range acoustic device (LRAD) used for alerting civilians who would try to block the procession.