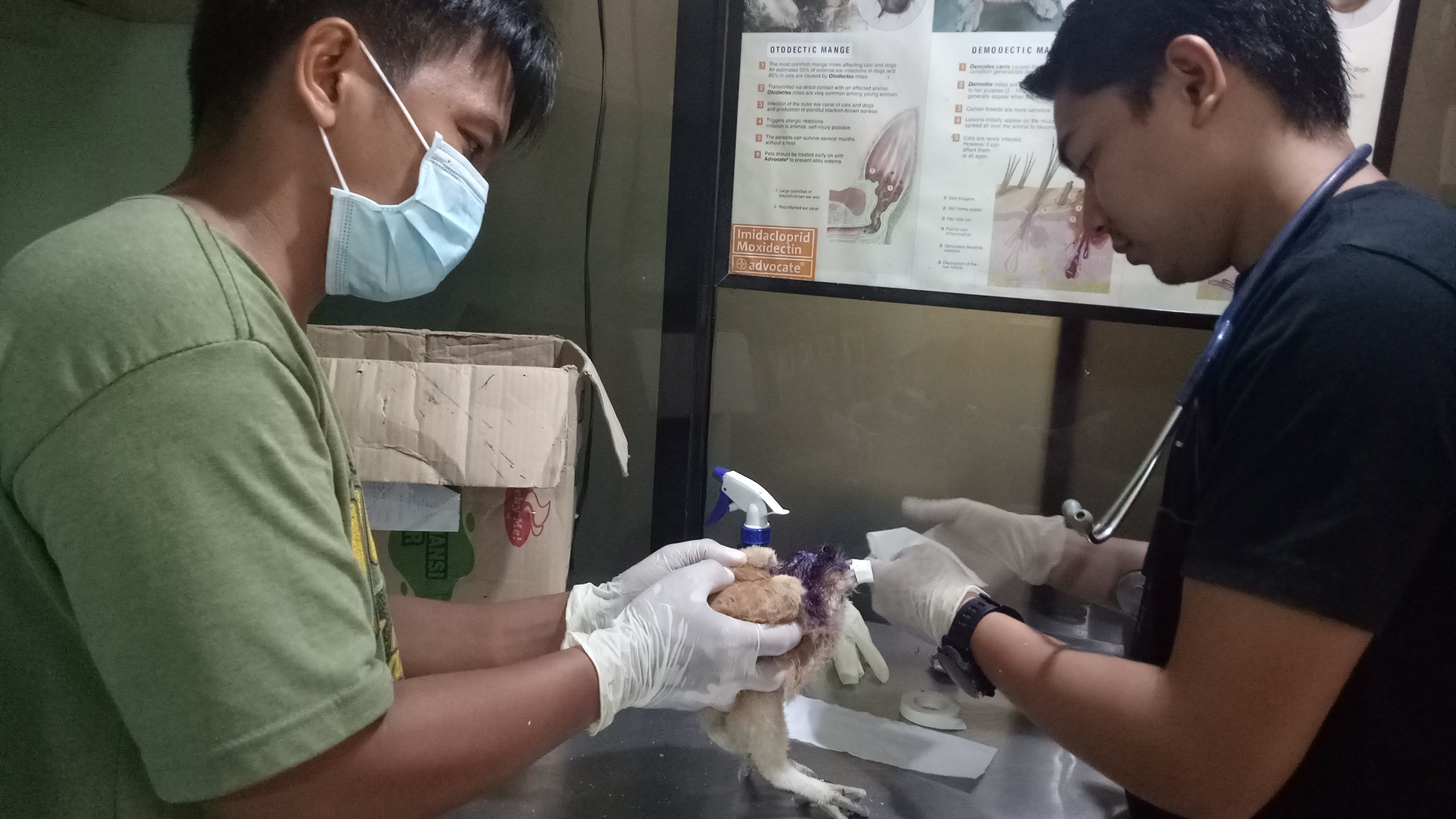 Veterinarians in Kidapawan City check the rescued Serpent Eagle after it sustained head injuries. The bird was found by a couple beside the road in Barangay Luvimin on Friday. INQUIRER Mindanao photo / Williamor A. Magbanua

KIDAPAWAN CITY—A serpent eagle was rescued by a couple beside the road in Barangay Luvimin here on Friday.

Rebeca Bacat and her husband were walking along the village road when they heard a loud chirping among the bush near a thick row of rubber trees.

Bacat said she immediately scanned where the sound was coming from and found a bird that she initially thought was an eagle.

“I picked it up and wrapped it with handkerchief and turned it over to dxND radio station,” Bacat said.

Hermie Dugaduga, the station’s security guard, received the bird and immediately noticed the wounds on its head hence cleansed it.

Dugaduga noted that the bird was weak from hunger, eating whatever was fed it.

The radio station personnel then brought the bird to Dr. Eugene Gornez, a veterinarian, who confirmed that it is a serpent eagle, estimated to be about four months old as gleaned from the development of its feathers and the length of its beak.

The bird will stay with Gornez over the weekend and will be turned over to the Department of the Environment and Natural Resources (DENR) by Monday.

Bacat believes that the bird could have fell from its flight from the nearby forested area at the foot of Mount Apo.

She said that in the past years, villagers rescued similar birds at the roadside.

Previously, at least three serpent eagles were turned over to the DENR, all found in the village’s remaining lush vegetations.