Palace: Filipinos in US won’t be covered by visa requirement 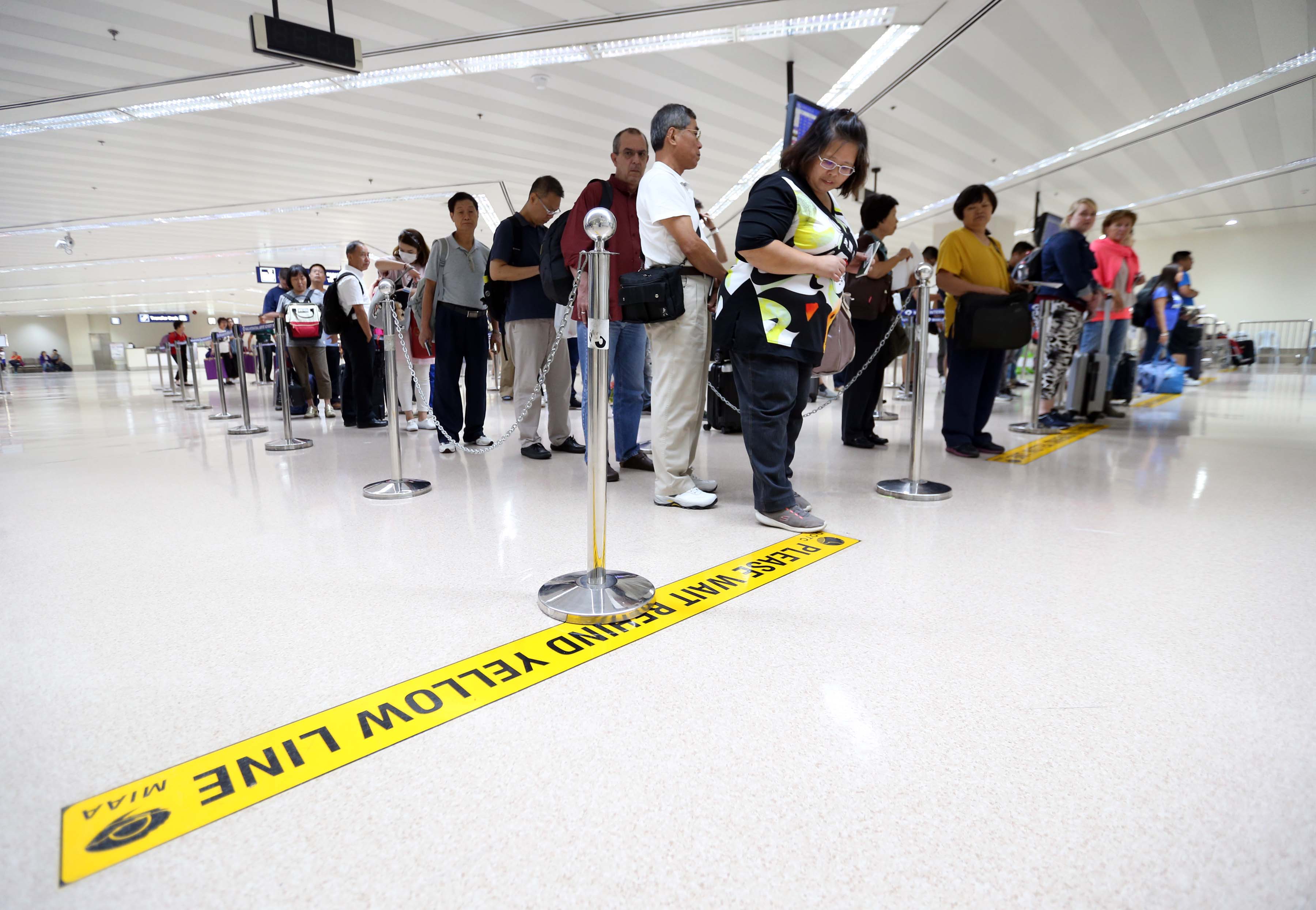 Passengers that just arrived in NAIA Terminal 1 line up behind the yellow lines of immigration counters. INQUIRER PHOTO/LYN RILLON

MANILA, Philippines — The Filipinos residing in the United States would not be affected by the visa requirement of the Philippines should the country require Americans to secure a visa before entering the country.

Presidential spokesperson Salvador Panelo issued the statement after United States Sen. Richard Durbin said requiring a visa for Americans traveling to the Philippines “is an insult to the Filipino American community and the country’s democracy.”

“Filipinos residing or sojourning in America, or our Balikbayans, are not covered by our ultimatum should the US Government pursue banning the entry of Filipino officials acting in accordance with Philippine law apropos Senator De Lima’s case,” he said.

He added that “imposing requirements in securing a visa to foreign nationals prior to entry into the Philippines is an exercise of a sovereign right and is not an insult to any particular community.”

“In fact, they have been requiring Filipinos to secure a US visa before we can travel into their homeland. As the community of nation believes in, ‘diplomacy is equality,’” he further said.

Panelo on December 27 said the Philippines would require Americans to secure visas before entering the country if the ban on Filipino officials entering the US is enforced.

READ: PH to require visas for Americans if US ban on Filipino execs is enforced

President Donald Trump has signed the 2020 budget of the US with the provision banning Filipino officials allegedly behind the detention of Sen. Leila de Lima.

US Senators Durbin and Patrick Leahy, who pushed for the ban, have called on Duterte and the Philippine government to release De Lima, who has been in detention at the Philippine National Police detention center in Quezon City over alleged drug charges since February 2017.

“[A]llegations of violation of human rights on Senator de Lima’s case are coming from either absolute ignorance or shameful bias,” Panelo said.

“It is high time for these US Senators to consult their US Ambassador to the Philippines Sung Yong Kim who is knowledgeable on our local processes before they start blabbering further nonsense,” he added.

Duterte has ordered the ban of Leahy and Durbin in the Philippines.