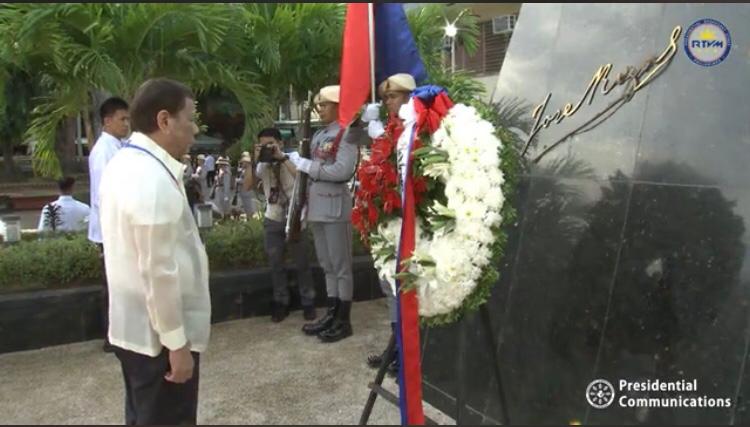 President Rodrigo Duterte leads the 123rd commemoration of the death of Jose Rizal in Davao City on December 30, 2019. RTVM screenshot

MANILA, Philippines — Despite the earlier announcement by Malacañang that he would again skip year’s commemoration, President Rodrigo Duterte on Monday morning led the 123rd Rizal Day rites in Davao City.

Duterte, who rarely has events in the morning, led the wreath-laying at the Rizal Park in his hometown city.

Duterte did not have a speech and immediately left the venue after laying wreath at Rizal’s monument.

After the ceremony, he is expected to visit quake victims in M’lang Cotabato and Digos City.

In 2018, Duterte skipped the Rizal Day rites in his hometown city to rest.

Presidential spokesperson Salvador Panelo earlier said Duterte would skip this year’s Rizal Day rites because he would rather honor other Filipino heroes like Gregorio del Pilar.