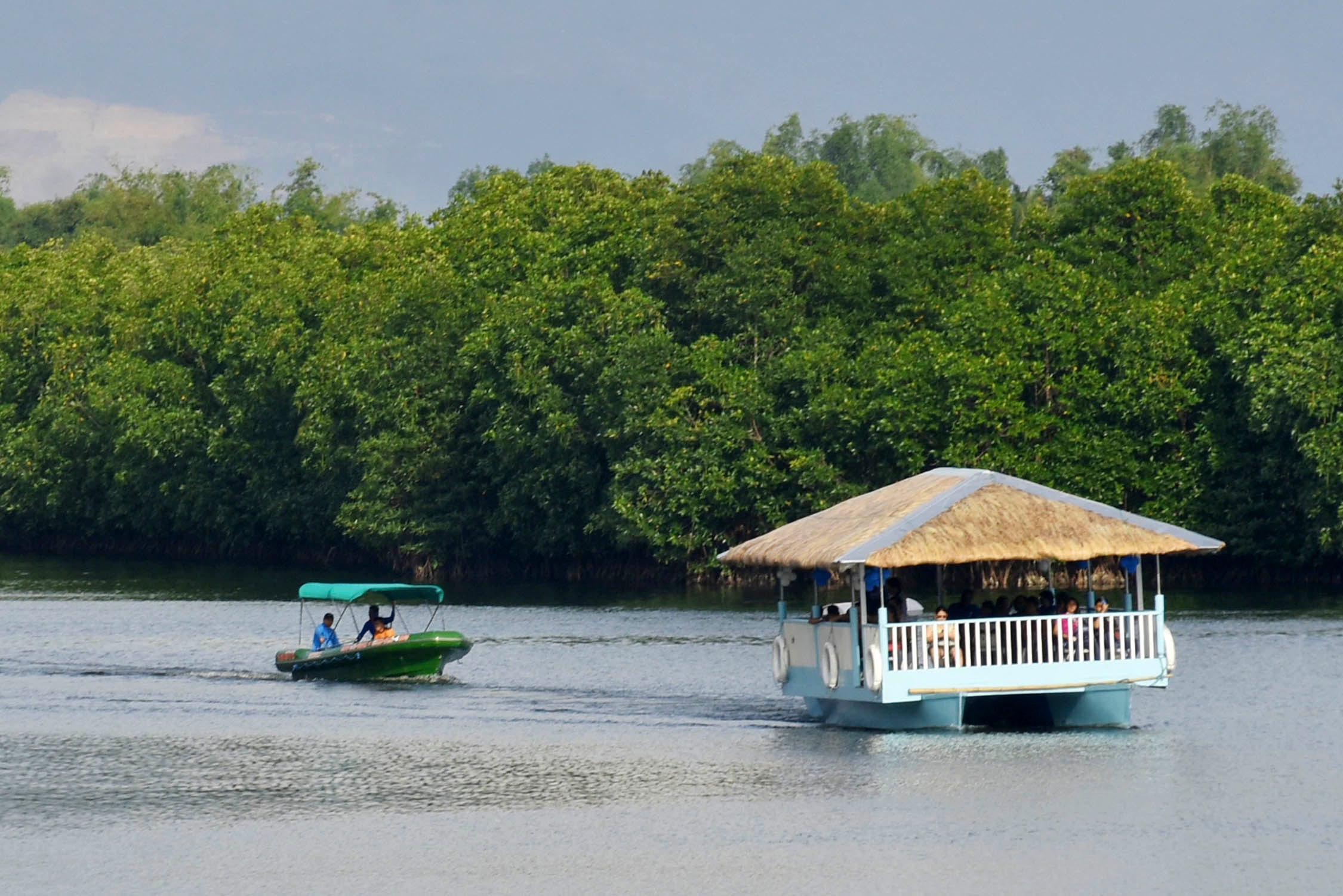 NATURAL ATTRACTION Dagupan City’s river cruise connects visitors with nature as the 45-minute tour brings them to thick mangrove patches where migratory birds roost. It also gives tourists a glimpse of the quiet side of Dagupan, a major business hub in Pangasinan province. —WILLIE LOMIBAO

DAGUPAN CITY—A river cruise, which would bring visitors of this “bangus” (milkfish) capital in Pangasinan pro­vince to unexplored spots along the city’s waterways, was relaunched last week in time for the New Year holidays. The maiden voyage of the Dawel river cruise sailed along the tranquil waters of Dawel-Watac River on Friday.

Inspired by the nipa hut, the thatch-roofed river boat was escorted by men paddling bancas along the river lined by mangrove patches where migratory birds thrive. The hut sits on a platform attached to two bancas and is steered by motorboats.

The tour takes about 45 minutes to an hour, depen­ding on the passengers’ desired speed as they take in “the feeling of serenity” offered by these trips, said Mayor Brian Lim, who led local officials at the relaunching program.

Lim’s father, the late former Mayor Benjamin Lim, developed the cruise in 2011 as part of the city’s annual Bangus Festival. The cruise’s founder turned to the rivers to generate tourism in the absence of typical destinations common to other tourist towns. The cruise, however, was discontinued in 2013.

The mayor assured guests that they would “feel at peace” when taking the cruise. “For 45 minutes, you will feel you are one with Dagupan, with God, with nature. I hope tourists will experience that,” Lim said.

The project is still a work in progress, said city tourism officer Rose Teng Mejia. Two more boats are being constructed so the project can accommodate more residents and tourists.

Plans are also under way to have eateries and souvenir shops put up along the riverbanks.

The cruise does not charge passengers at the moment. “We are promoting tourism as it is one way to boost the city’s economy,” Mejia said.

Before the boat sailed, Lim, Pangasinan Rep. Christopher de Venecia and Councilors Celia Lim and Dada Reyna released fingerlings of tilapia, freshwater shrimps and seabass into the river. The cruise could eventually set up tour stops where guests can feed the fish.

The officials also released two green sea turtles that were turned over by fishermen from San Fabian town to the Bureau of Fisheries and Aquatic Resources. —YOLANDA SOTELO