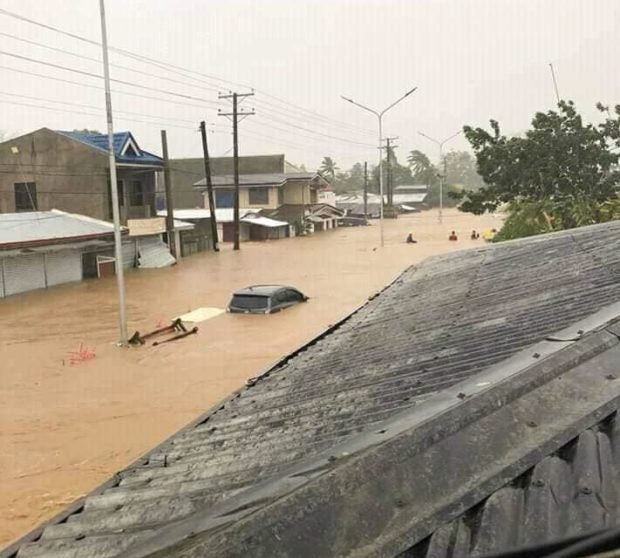 ILOILO CITY—Howling winds and continuous heavy rains battered the northern areas of Panay Island on Christmas Day with residents comparing the onslaught to Supertyphoon Yolanda which battered the same areas six years ago.

The strong winds which struck starting late Tuesday tore the roofs of houses and buildings, uprooted trees and felled electric posts in Capiz including in the capital city of Roxas.

Residents in flooded areas took to social media to appeal for help from rescue teams.

Roberto Nuñez, Western Visayas director of the Office of Civil Defense, said reports of evacuation and flooding were coming in the northern areas of Panay, especially from Capiz and Aklan provinces.

He said among the main concern are residents on island and coastal villages and those in areas prone to flooding and landslides. 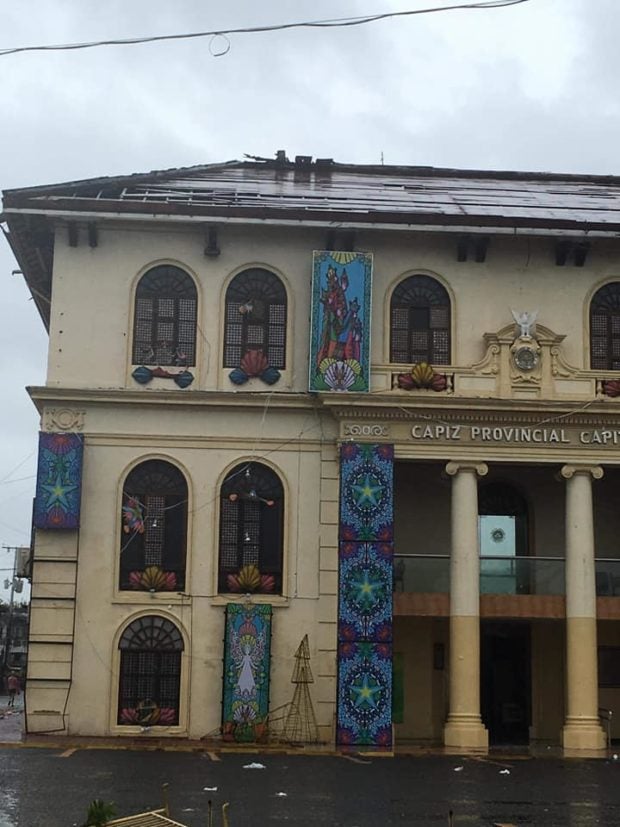 Part of the roof of the Capiz provincial capitol, a heritage structure, has been damaged by Typhoon Ursula (Photo by Zoe Herrera)

In Capiz alone, 1,425 residents have been evacuated in the towns of Panay, Pilar, President Roxas and Roxas City as of 10:30 a.m.

Nuñez said they were also validating reports of casualties.

The gathering of reports and information has been hampered by the cutting of cellular phone signals.