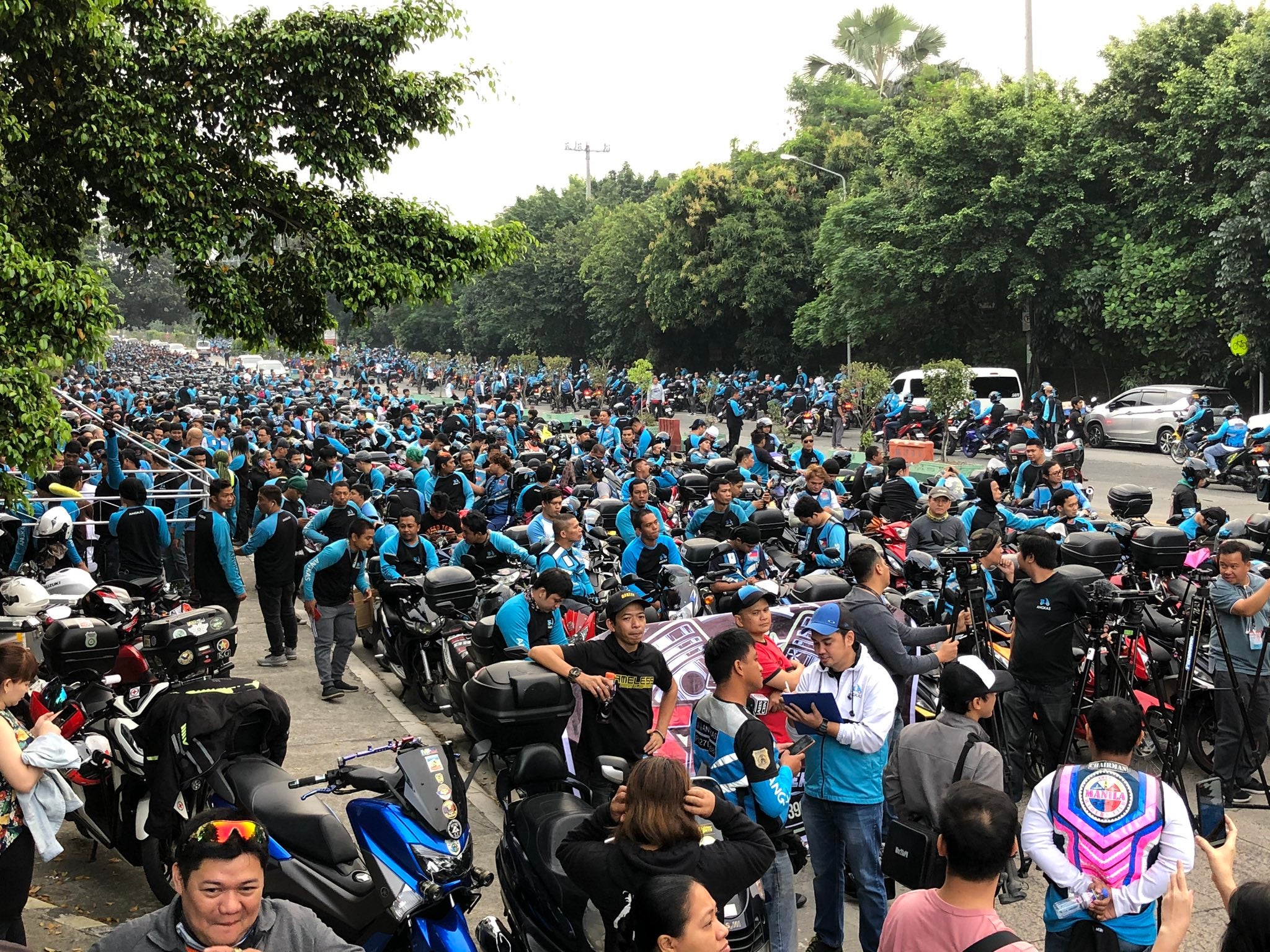 MANILA, Philippines — Commuters may face difficulties in booking rides on the ride-hailing app Angkas on Sunday as its biker-partners hold a protest rally against a new pilot run that will slash the company’s motorcycle taxis by about two-thirds.

Thousands of bikers gathered on Sunday morning along the Edsa Kalayaan Shrine in Quezon City to express their sentiment on the possible loss of livelihood of 17,000 Angkas bikers once the extended pilot run commences.

The new pilot run limits the number of motorcycle taxis to 10,000 per transport network company (TNC).

While the firm did not close its mobile app and suspend its services, Angkas Operations Head David Medrana said commuters may expect disruption on its services as a huge number of its bikers are present during the demonstration.

(Definitely, commuters may face difficulty in booking rides because I think the 27,000 biker-partners of Angkas are here.)

“I think there’ll be disruption of service but we’re not stopping because they can still do rides after the program,” he added.

He advised commuters to opt for other modes of transportation in the meantime.

The program will end at around 9 a.m. and the biker-partners will do a motorcade around the Quezon City hall before they disperse.

Medrana said commuters can expect normal operations to resume after the demonstration.