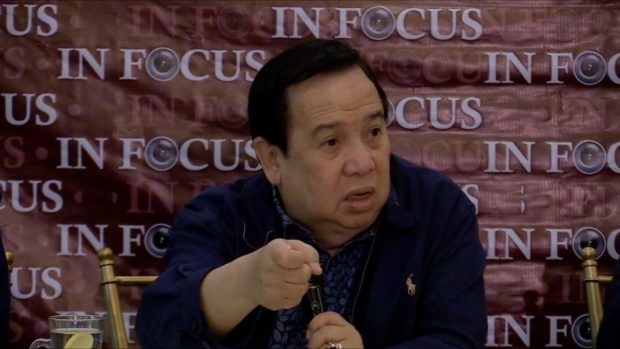 MANILA, Philippines — Those sentenced to reclusion perpetua (up to 40 years of imprisonment) for their role in the gruesome Maguindanao massacre would not be able to use the good conduct time allowance (GCTA) law to get their way out of prison.

Senator Richard Gordon pointed this out Thursday after the Quezon City Regional Trial Court Branch 221 handed down its historic verdict on the decade-long case.

As chair of the Senate justice committee, Gordon had led a marathon of hearings into the alleged wrongful releases of inmates through the GCTA law.

“The GCTA law is very clear that prisoners convicted of heinous crimes are not eligible to avail of the benefit of this law,” the senator said in a statement.

“It’s implementing rules and regulation (IRR) has also been revised hence the abusive implementations, that the contradictions in the previous IRR allowed, would no longer be possible,” he added.

The Quezon City Regional Trial Court has found Datu Andal Ampatuan Jr., a former Maguindanao town mayor, and other members of the influential clan guilty of the murder of 57 people in the worst election-related violence and one of the deadliest attacks against journalists.

After the long-awaited verdict was read, those convicted were transferred to the New Bilibid Prison.

The Senate earlier investigated the implementation of the controversial GCTA law following public clamor over the near release of rape and murder convict Antonio Sanchez, a former mayor of Calauan town in Laguna.

Sanchez and his six henchmen were sentenced to seven 40-year sentences for the rape and murder of Eileen Sarmenta and the murder of Allan Gomez, both University of the Philippines-Los Baños students, in 1993.

The law’s IRR had been blamed for the confusion on whether heinous crime convicts would be eligible to avail of the benefit of the said law.