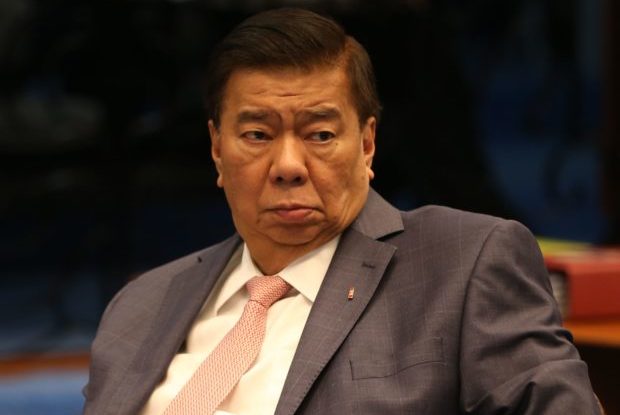 MANILA, Philippines — Senators from the minority said the House of Representatives’ latest push for charter change through an unnumbered resolution would not fly, with Minority Leader Franklin Drilon saying the proposed term extension for lawmakers further jeopardized the move.

Senate President Vicente Sotto III reiterated that Charter change (Cha-cha) was not a priority in the Senate, though he said the upper chamber would study the House resolution if the measure is sent to it.

“The House can do whatever it wants and then perhaps if they decide on something, then they can transmit it to us, and then we can talk about it if it’s transmitted to us,” Sotto told reporters.

But Sen. Ronald Dela Rosa said he was open to amending the Constitution to pave the way for the shift to a federal form of government.

Drilon said House members should not expect Cha-cha to progress in the upper chamber, especially with Sotto saying the matter was not a Senate priority.

“Our counterparts in the lower house have the fighting spirit of a Filipino athlete. I do not want to dampen their spirit, but their Cha-cha is doomed,” Drilon said in a statement.

‘Dead in the water’

He also hit the House proposal for a term extension of House and Senate members, which further put its endeavor in a bad light.

“The term extension is ill-conceived. It extinguishes all the good intentions they may have in mind in pushing for Cha-cha. We will oppose it,” he said.

Sen. Risa Hontiveros also believes the House measure would arrive “dead in the water” in the Senate, and questioned the timing of the House proposal, with only two years to go in the Duterte administration.

According to Hontiveros, there was no such “Resolution of Both Houses,” which was the one approved by the House.

She also noted that Sen. Francis Pangilinan, a member of the minority, chairs the committee on constitutional amendments.

She said that while Akbayan favors looking for the best form of government for the Philippines, she does not favor the Cha-cha project of President Duterte’s allies because “there were too many self-serving interests included.”

If the Constitution would be amended, she would prefer a constitutional convention as it was more participatory compared to a constituent assembly.