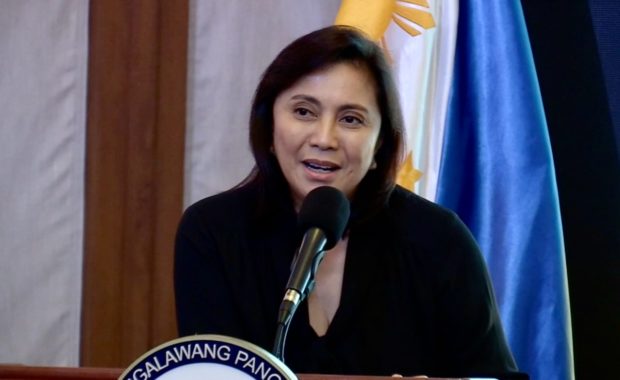 MANILA, Philippines – Vice President Leni Robredo is urging the administration to include the private sector in securing people in Mindanao and in working for a lasting peace in the war-torn region.

Robredo, who was in Marawi City, Lanao del Sur on Thursday and in Lamitan, Basilan on Wednesday for a series of talks and anti-poverty programs, said that crafting policies on security should not only rest upon the government and the military.

“Ako, sa akin kasi, iyong security is not just the function of the military and the government alone. Kailangan talaga iyong strong participation of the private sector,” she told reporters in Marawi after being asked to react on the possible lifting of martial law rule in Mindanao.

(For me, security is not just the function of the military and the government alone.  The strong participation of the private sector is really needed.)

The whole of Mindanao was placed under martial law after Marawi was taken over by members of the Maute group last May 2017. Maute group was reported of having an allegiance with the Islamic State.

But even after the fighting between the terrorists and state forces ended, the martial law status stayed, drawing criticisms from opposition groups.

On Tuesday, President Rodrigo Duterte said that he is not keen on extending martial law in Mindanao as the terrorists and extremists forces have been significantly weakened.

The Office of the Vice President (OVP) has had several projects geared toward helping the poor sectors in Mindanao, implemented through their Angat Buhay and Ahon Laylayan programs.  Under these initiatives, OVP partners with private sectors to provide funds and items needed by the communities.

Robredo said that the private sector should help in mitigating the effects of the war, and is responsible for providing authorities the information which may help them in combatting terrorism.

(For me, we feel the effects of the war, and the responsibility of each is that if they have vital information, they should pass it on to authorities for them to prepare for that.)