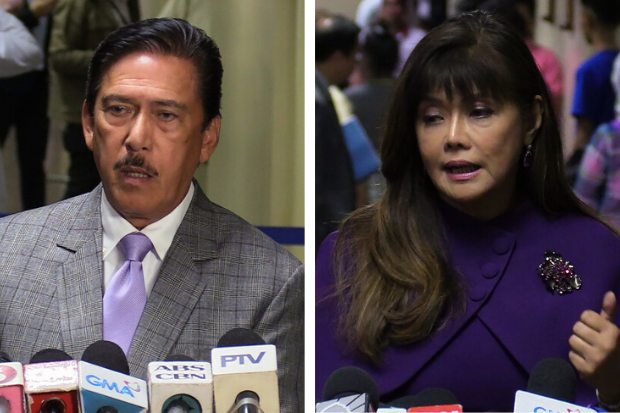 MANILA, Philippines — Senate President Vicente Sotto III and Senator Imee Marcos slammed the passage of a US Senate resolution calling for the immediate release of detained Senator Leila de Lima and condemning the Philippine government for her continued detention.

“We are a sovereign nation. We have our own judicial processes. What will they say if we pass a resolution asking the US to put in jail all abortionists in their country considering abortion is illegal in ours?” Sotto told reporters in a message on Thursday.

He pointed out that criminal laws “are territorial and are different in every country.”

“Sovereign states have exclusive jurisdiction to hear and decide the violation of their own laws. We are not a colony anymore,” he added.

The Senate foreign relations committee approved a resolution, which was filed by five American senators last April, urging the Philippine government to drop the charges against De Lima as well as those against journalist and Rappler CEO Maria Ressa.

It further condemned the “harassment, arrest, and unjustified judicial proceedings against the media and journalists, in particular, the proceeding against Rappler and Maria Ressa.”

But for Marcos, the said resolution is an outright intrusion.

(I think that’s an outright intrusion. They should stop. We’re no longer their little brown brother).

(We’re no longer a colony of the US, show a bit of respect).