RIO DE JANEIRO  – A landslide at a construction site in Brazil’s capital Tuesday tumbled four cars parked on an adjoining road into the excavation for a planned building. 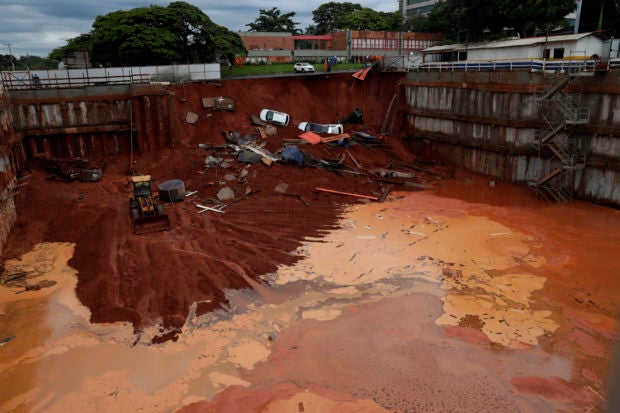 Vehicles lay at the bottom of a construction site after they fell in due to a collapse of a road next to it, caused by heavy rains in the center of Brasilia, Brazil, Tuesday, Dec. 10, 2019. There were no victims reported. (AP Photo/Eraldo Peres)

The accident occurred just a few miles from Brasilia’s esplanade of government buildings.

A broken water pipe at the job site prompted the landslide, according to local media reports.

The city also had received heavy rain in the previous hours.

Authorities said no people were near the point where the soil gave way, and the collapse caused only material damage to the vehicles.