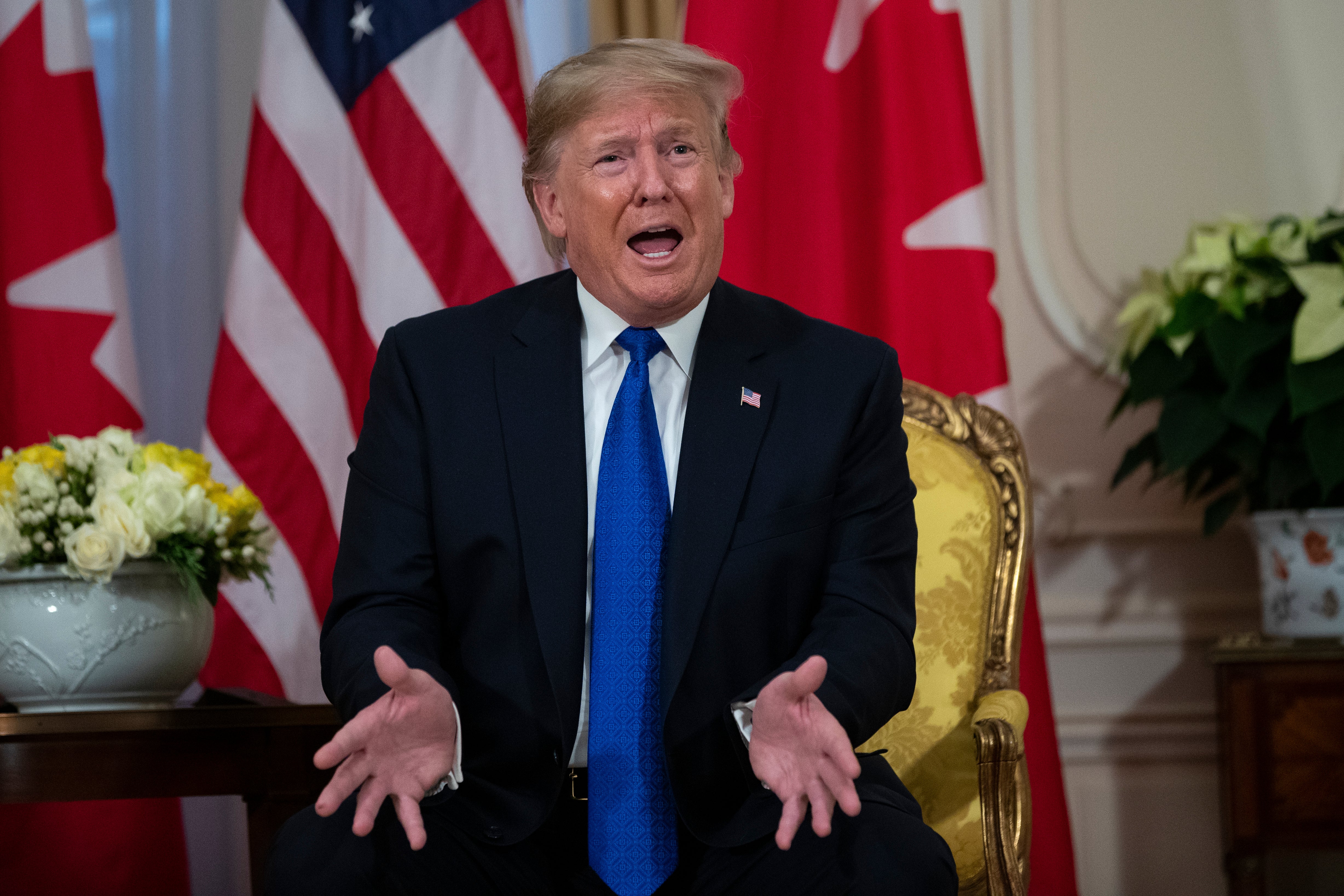 WASHINGTON, United States — Democrats are expected to announce on Tuesday two articles of impeachment against Donald Trump, US media reported Monday evening, after laying out their case at a hearing against a president they branded a “clear and present danger” to national security.

The articles will focus on abuse of power and obstruction of Congress, The Washington Post said, citing three official familiar with the matter.

It added that the full House of Representatives would vote on the articles next week, ahead of a trial in the Senate.

CNN said a third article on obstruction of justice was still being debated, and the network’s sources cautioned that plans were still being finalized.

Four months after a whistleblower sparked the investigation of Trump for seeking illicit political favors from Ukraine, Democrats said at Monday’s hearing there was abundant evidence that he had committed bribery, abused his power and obstructed the investigation.

“President Trump’s persistent and continuing effort to coerce a foreign country to help him cheat to win an election is a clear and present danger to our free and fair elections and to our national security,” said Daniel Goldman, counsel for the Democrats.

Facing an almost certain vote to make Trump the third American leader impeached and placed on trial, top Republican Doug Collins countered that the effort was simply “a good PR move” for Democrats ahead of next year’s presidential elections.

“It’s all political,” Collins said. “Where’s the impeachable offense? Why are we here?”

The allegations came in a contentious House Judiciary Committee hearing in which Republicans repeatedly punched back, while Trump himself denounced the inquiry as a “disgrace” and “hoax.”

Fueling the partisan divisions in Washington, the Republicans marshaled a Department of Justice report released Monday as ammunition for a counteroffensive.

The DoJ’s inspector general said its review of investigations into four Trump aides did not find evidence of “political bias” in the decisions to open the probes.

The report effectively rebutted Trump’s repeated claims that the FBI illegally spied on his campaign — but Republicans seized on its findings that the bureau committed “numerous serious factual errors” related to the investigations.

Tempers flared as Republicans tried to derail the hearing with procedural moves.

A lone protester was ejected after shouting in the president’s defense — the first time such an outburst has occurred over the last month of public impeachment hearings.

“We voted for Donald Trump (and) Americans are sick of your impeachment scam,” he shouted as he was removed by police. “Trump is innocent!”

The president is accused of abusing his powers by pressuring Ukraine to announce an investigation into former vice president Joe Biden, his potential challenger in the 2020 election.

Trump also pressed Kiev to investigate a widely-dismissed allegation that the Ukraine government helped the Democrats in the 2016 election.

Barry Berke, an attorney for the Democrats, said there was “significant proof” of wrongdoing as he laid out the evidence collected by the House Intelligence Committee in a 10-week investigation.

“In the scheme to pressure Ukraine… the person at the center of that scheme was President Donald Trump,” he told the hearing.

Berke played videos of testimony by top US diplomats involved with Ukraine supporting the charges, and footage of Trump claiming he has “the right to do whatever I want as president.”

Republican attorney Stephen Castor, tasked with disputing the evidence, said Democrats were simply attacking Trump for policies they do not agree with.

“Democrats are obsessed with impeaching the president,” he said, calling evidence from the transcript of a July 25 phone call between Trump and Ukraine President Volodymyr Zelensky “baloney.”

In that call, Trump told Zelensky he wanted “a favor,” including an investigation of Biden and the 2016 conspiracy theory.

While Democrats have cried foul over the Biden attacks, Republicans said it was a conflict of interest at best that Biden’s son Hunter served on the board of a Ukrainian energy firm while his father was US vice president.

“On this record, there is a legitimate basis for President Trump to have concern about Hunter Biden’s role on Burisma’s board,” Castor said.

Democrats rejected that argument, noting Trump has blocked his top advisors from testifying and refused to hand over White House records.

“There is a constitutional remedy for a president who undermines our national security and our elections, who puts his own interest before those of the country — that remedy is impeachment,” said Judiciary Committee chairman Jerry Nadler.

Democrats appear determined to push through to a full House vote on formal articles of impeachment before year end.

That could see Trump stand trial in the Senate in January.

Given the solid Republican majority in the Senate and a two-thirds threshold for conviction, it is almost certain he will be acquitted.