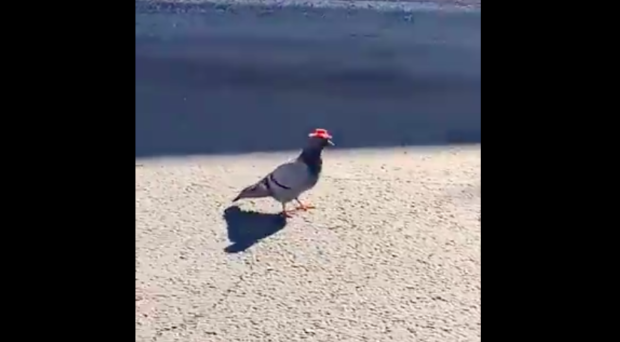 What dangers can there be with wearing a hat? There just might be some, apparently, if they are worn by pigeons.

One Bobby Lee spotted the birds near Tropicana Avenue and Maryland Parkway in Las Vegas and took a video of it.

“Someone is putting tiny cowboy hats on Vegas pigeons,” @LasVegasLocally took Lee’s video to Twitter last Saturday, Dec. 7. The account also jested about the incident being presumably a result of marijuana use: “There are consequences to legalizing marijuana.”

Someone is putting tiny cowboy hats on Vegas pigeons. There are consequences to legalizing marijuana. pic.twitter.com/CdK06gauYQ

A pigeon welfare group, Lofty Hopes, expressed concern about the negative effects of the hats, as per report.

“At first, I was like, oh my god that’s cute!” Mariah Hillman, the group’s head stated. “Then, I was like, wait a minute – how did they get those hats on there?

“Did they glue them? And what does that mean for them?” Hillman questioned further. “Is it something that’s going to impede their flight or attract predators?”

Lofty Hopes is currently tracking down the pigeons to safely remove the hats.

“We drove up and down here yesterday for a good two hours just handing out business cards to any location where I saw pigeons and people,” Hillman said in the report.

The pet activist added, “If you see these birds, just feed them until I get here. I’m only 3 miles away and I’ll come trap them.”

Meanwhile, one @kassandraqueenn saw another pigeon wearing a hat around the area today, Dec. 10.

“I finally found one,” she said. Commenters inquired about the location to assist the animal welfare group in tracking down the bird. JB