US Embassy: $20-M assistance given to PH for anti-drug campaign 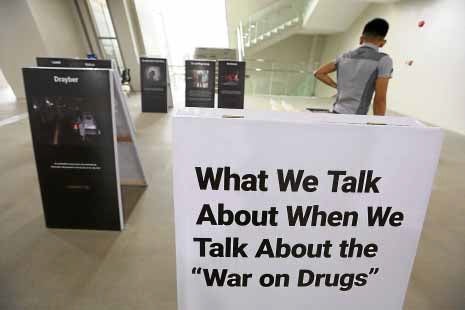 MANILA, Philippines – The United States (US) government has given over $20 million worth of financial assistance to the Philippines’ anti-drug program since 2017, according to a fact sheet released by the US Embassy.

The information posted in the US Embassy website on Thursday showed that out of the $20-million worth of fund, $5.250 million came from the US State Department for drug demand reduction programs in the Philippines.

“The United States has partnered with Philippine government agencies and law enforcement officials for many years to reduce drug demand, provide training on anti-narcotics techniques, and enhance the criminal justice sector’s ability to handle drug cases,” the embassy said.

Aside from this, the US Embassy also said that several agencies like the US Drug Enforcement Administration and the Federal Bureau of Investigation, has also provided various trainings in narcotics-related topics and intelligence-sharing activities.

“The Federal Bureau of Investigation, through its Legal Attaché in Manila, regularly shares knowledge and capabilities, and provides training on a range of law enforcement best practices, including interviewing techniques, evidence collection, and leadership training,” they added.

These declarations from the US Embassy came weeks after Vice President Leni Robredo, then co-chair of the Inter-Agency Committee on Anti-Illegal Drugs (ICAD), was fired by President Rodrigo Duterte.

Prior to Robredo’s removal, Duterte explained that he can no longer trust Robredo because in her 19-day stint as ICAD co-chair, she talked to various personalities and organizations that were previously rebuked by the government, including an international prosecutor who wants the President jailed.

The Vice President, meanwhile, speculated that Duterte was ill-advised because the claims are fake news, as the only foreign bodies she talked with are the United Nations (UN) Office on Crime and Drugs (OCD), and US officials through the US Embassy.

Robredo also said she was puzzled why the administration is not happy with her meeting US officials, when in fact, the country concerned has been working with the Philippines on the drug issue for a long time — as attested by the fact sheet.