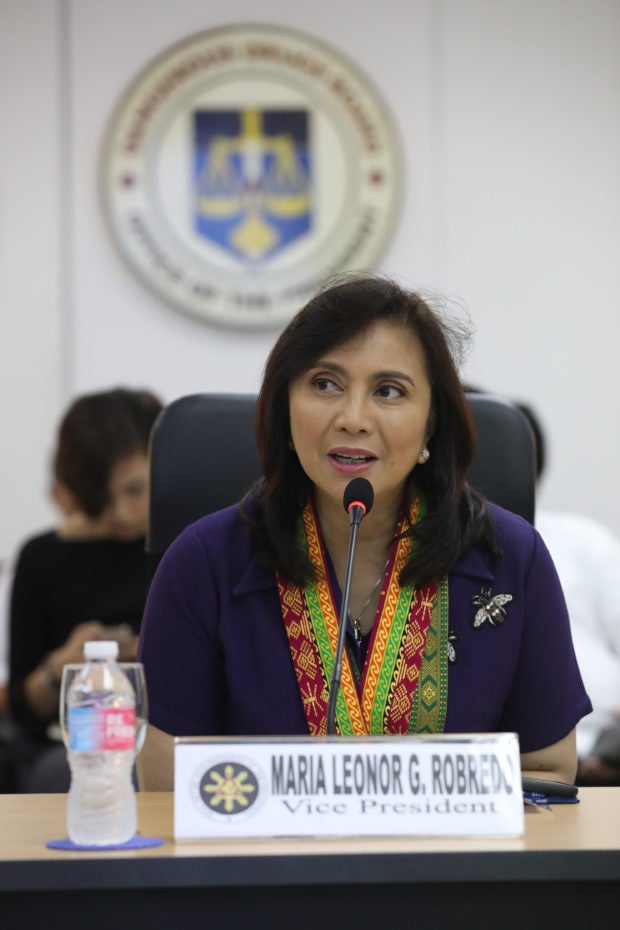 (That’s fake news. Claiming that I invited prosecutors, that’s fake news, and I hope the President doesn’t believe in fake news because this is very easy to check.)

Duterte said on Tuesday that he has lost trust on Robredo — whom he appointed as Inter-Agency Committee on Anti-Illegal Drugs (ICAD).

This was because Robredo talked to various human rights groups and international organizations — including a certain prosecutor that Duterte threatened to slap in front of her.

“She invited even ‘yung mga prosecutors ng Human Rights Commission which we rebuked. Bakit niya papuntahin dito ‘yung prosecutors and all, observers?  She was grandstanding na eh. It was […] like a carnival after. She was talking right and left dito ganun,” Duterte said in his late night press conference.

(Why would she bring those prosecutors here, observers?)

The President mentioned “prosecutor,” although he seemed to be referring to Physicians for Human Rights investigating chief Phelim Kine, who said in a tweet that he is open to help solve the drug war with Robredo at the helm.

Kine also advocated for the arrest of Duterte over the bloody drug war.  However, Robredo clarified that Kine was neither one of the officials she invited nor met with.

(The UN Office of Drugs and Crime is the only international organization I invited and met for a meeting, and also the different agencies of the US Embassy.)

(That’s the only one I talked to, no UN prosecutor I am acquainted with nor I written to, I did not invite anyone. So when information reached him that I invited someone, that’s fake news.)

Robredo’s supposed inability to stay silent and her habit of talking to foreign organizations supposedly forfeited her chance to work within the administration’s cabinet, Duterte said.

However, the Vice Presdient noted that the organizations she has talked with have been communicating with the Philippine government — before she even was designated as ICAD co-chair.

(I don’t know the reason why they are not happy with me talking to anyone because from the beginning even before I was appointed co-chair, the UNODC and other agencies in the US Embassy were already partnering with our various agencies.)