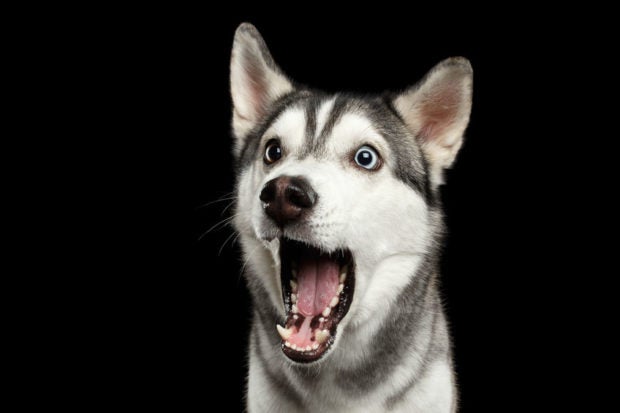 A husky managed to turn on a microwave and was luckily unharmed in a fire. INQUIRER.net stock photo

A pet dog in the United Kingdom started a fire in its owner’s home when it accidentally turned on the microwave.

The husky was left alone in a house in Stanford-le-Hope, Essex when the fire occurred last Monday, Dec. 2. The dog was luckily unharmed in the incident, according to the Essex County Fire and Rescue Service report.

The microwave, positioned on a kitchen worktop, contained a packet of bread rolls that the microwave began to burn. The owner of the house noticed the fire when he checked the security camera feed of the house through his phone.

“When we arrived, the kitchen was filled with smoke,” Geoff Wheal, the watch manager at Corringham Fire Station, stated.

The firefighters made sure that the fire did not spread beyond the kitchen, according to the report. Wheal also reminded the public not to store food inside the electric oven when it is not in use.

He added, “Clearly this is a very strange incident involving the man’s dog, but it could still have been more serious.” NVG

Puppy dies from ‘heart attack due to loud fireworks’