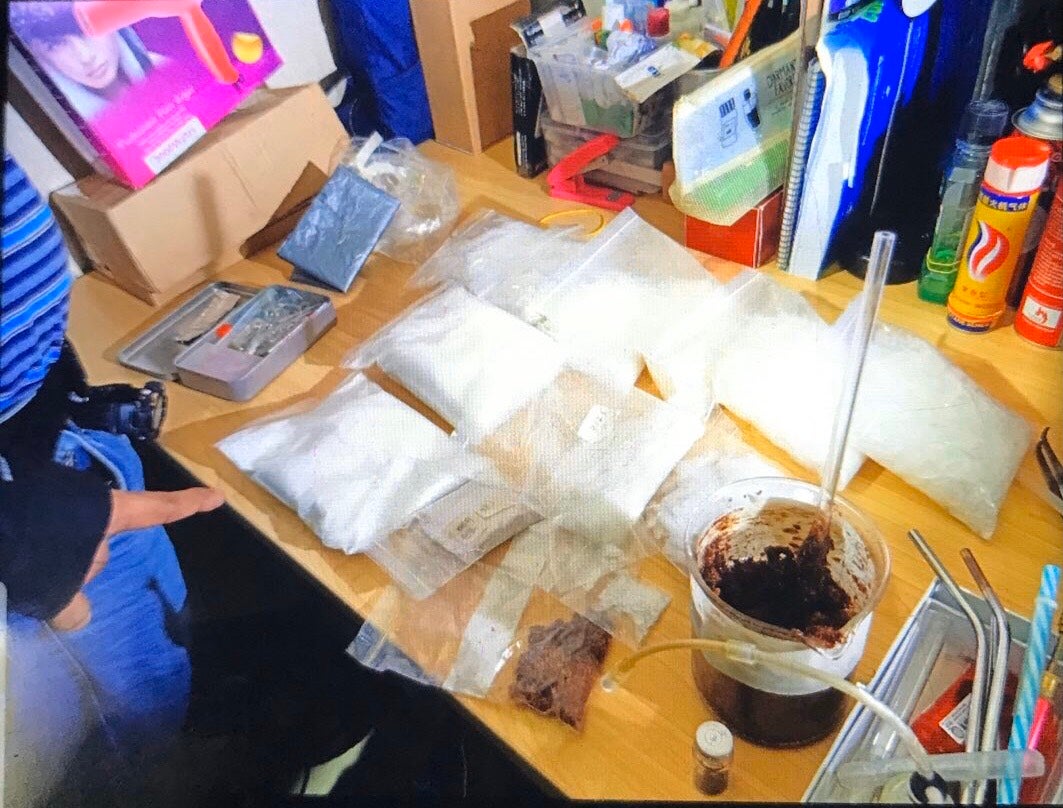 Authorities seized pieces of evidence at a suspected drug laboratory in a condominium unit in Quezon City./NCRPO PIO

In a report on Wednesday, National Capital Region Police Office (NCRPO) said authorities arrested Korean national Jungkil Kim, 57, who according to police, is the owner of the suspected drug laboratory.

Seized from the condominium unit were laboratory instruments; drug paraphernalia; chemicals; and 11 packs of a white crystalline substance.

Jungkil and seized evidence are now under police custody while the NBI is filing  appropriate charges against the Korean national.