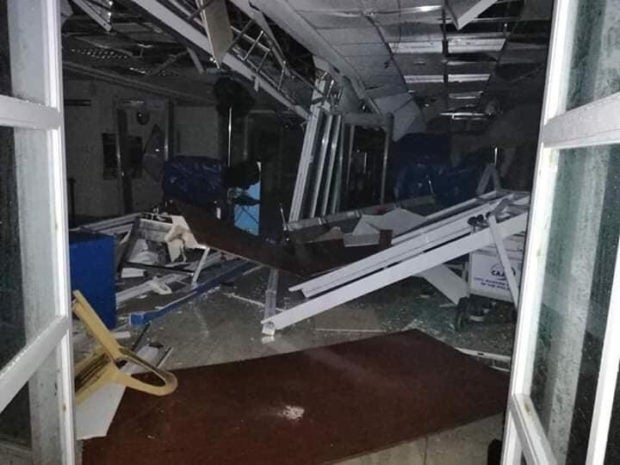 This December 3, 2019, photo shows the damage at Legazpi Airport due to Typhoon Tisoy. INQUIRER

(At Legazpi [airport], it has substantial damage, in the departure and arrival area… We are now securing it. As we speak, many people are already working there, cleaning.)

“We are doing our level best na maging operational siya (that it will be operational) by tomorrow (Wednesday) morning,” he added.

(We dispatched more personnel to augment security if in case x-ray machines or scanners won’t function, manual body and visual check can be done as well as to secure the perimeter).

The Caap chief, meanwhile, said no substantial damage was sustained by the Virac Airport and will be also be operational by Wednesday.

Meanwhile, Sydiongco said only signages at the airport in Calbayog, Samar, were damaged.

(As a matter of fact, an airplane was already able to land in the airport in Calbayog, so there’s not a lot of problems there).

Caap has yet to receive reports on the condition of the airports in Masbate and Naga, Sydiongco added.