Robredo to publicize findings at ICAD after SEA Games 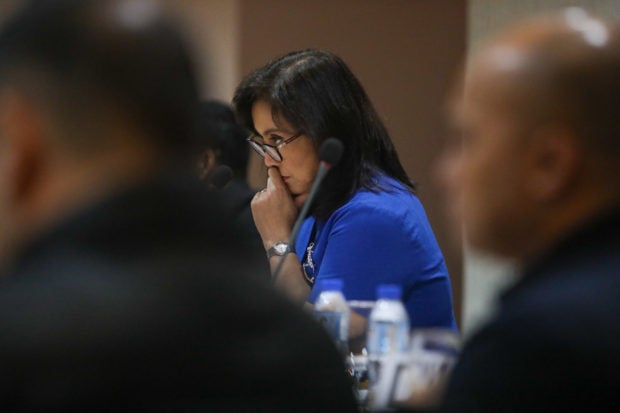 MANILA, Philippines — Vice President Leni Robredo on Sunday said she would release her findings during her stint at the Inter-Agency Committee on Anti-Illegal Drugs (ICAD) after the 30th Southeast Asian (SEA) Games.

“We were set on Wednesday or Thursday last week because that was supposed to be the third week on the job. But it was my decision not to release it,” Robredo said in Filipino during her AM radio show “BISErbisyong LENI.”

“Actually, our office wanted to push through with it because we were being challenged: ‘Where is it? Where is the report?’ They were excited. But I said: Let the SEA Games finish first, at least just the opening in deference to our athletes,” she added.

A day after President Rodrigo Duterte sacked her, Robredo said she would report to the public what she discovered in her short stint as ICAD co-chair.

READ: A day after being fired, Robredo asks: ‘What are you afraid of?’

Robredo said she has already submitted a report to the President twice, but Palace spokesman Salvador Panelo said it was no

Robredo said she was told by Palace spokesman Salvador Panelo that the President was not able to read the two reports she submitted.

(For me, the appointing officer is the President. I submitted the first two reports and recommendations to him. But Sec. Panelo said it was not read.)

(For me, maybe it would be better to make it public for whatever it is worth, it will be considered. It’s not up to us, but up to them, if they will do it [recommendations].)

Duterte fired Robredo as a response to the opposition’s dare to remove the Vice President from her post due to lack of trust, Malacañang said.