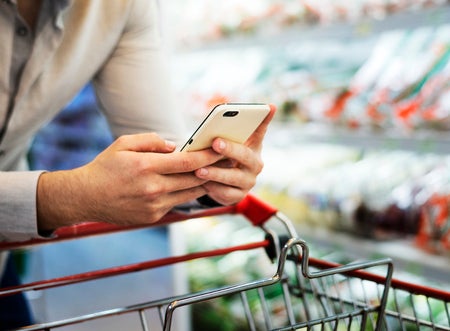 The Netherlands’ top supermarket chain said Tuesday it has ditched plans to ask staff to upload photos of themselves in their underwear to work out sizes for new uniforms.

The Albert Heijn retailer had asked workers at one of its stores in the eastern city of Nijmegen to send the pictures using an “innovative mobile app.” But it changed course after the Dutch newspaper NRC quoted stunned employees as complaining about the plan.

“I saw a poster hanging in our canteen and I was shocked,” 17-year-old Jochem de Haes, who works at the Nijmegen branch, told NRC.

“My mother thought it was a joke. But the manager told us that if we don’t do it, we can’t be in the store anymore because we don’t have the right corporate clothing.”

Albert Heijn insisted the plan was voluntary and was aimed at helping bring in new uniforms for staff at its 1,000 Dutch stores.

“We conducted a test with an innovative mobile app in one of our supermarkets in order to determine clothing sizes in a quick and efficient way,” Albert Heijn said in a statement. “In this test we asked associates to upload a personal photo in close-fitted clothing or underwear for automatic analyses by the app.”

“Although participation was voluntarily and pictures were not visible to management, this should never have happened,” the supermarket chain added. “We have canceled the pilot yesterday and we apologize to all involved.”

The Dutch Data Protection Authority said the move was “bizarre.”

“Albert Heijn has no basis at all for imposing this on his employees,” it was quoted as saying by NRC.

It is not the first technical mix-up for the supermarket chain, which suffered two major breakdowns at checkouts in the space of a month earlier this year, causing huge queues. RGA

Man claims ‘voodoo’ made him shoplift