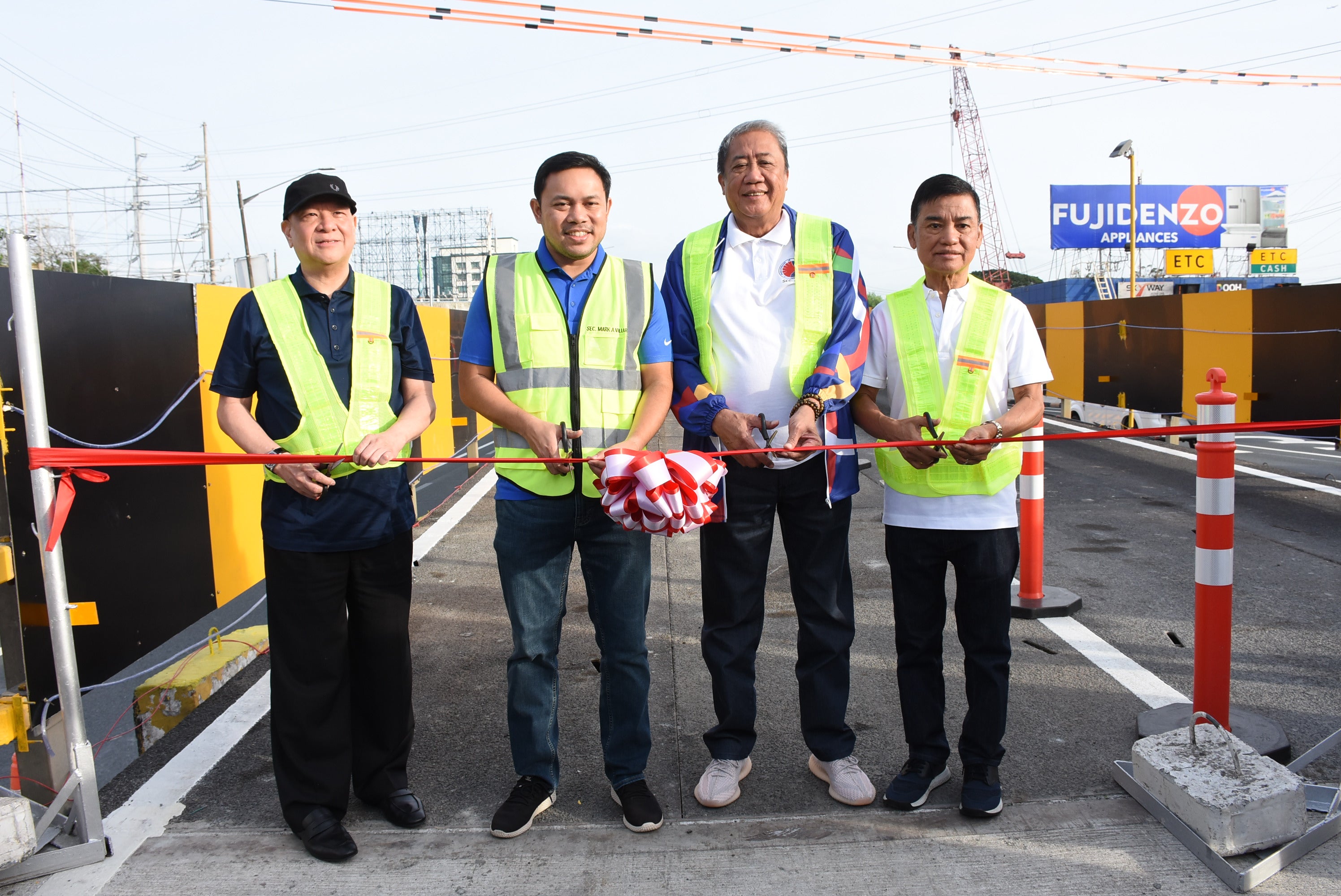 San Miguel Corporation president and chief operating officer Ramon S. Ang, Department of Public Works and Highways (DPWH) Secretary Mark Villar, Department of Transportation (DoTR) Secretary Arthur Tugade, and Muntinlupa Mayor Jaime Fresnedi on Sunday graced the re-opening of the third at-grade lane of the Skyway and inauguration of a new, two-lane steel ramp connecting the Alabang viaduct to the elevated Skyway. This development, in time for the Christmas season, is expected to help ease the traffic congestion at the South Luzon Expressway.(Photo from SMC)

MANILA, Philippines — The opening of a new two-lane ramp and the reopening of a third at-grade lane on the Skyway are expected to ease the traffic situation along South Luzon Expressway (SLEx).

SMC president and chief operating officer Ramon Ang apologized to commuters for the inconvenience the ongoing project has caused.

“I know that our motorists from the south—Muntinlupa, Las Pinas, Cavite, Laguna, Batangas—have a hard time these past two months. Again, I sincerely apologize for the inconvenience this project has caused,” Ang said in a statement.

“Starting today, motorists from SLEX will have up to five lanes northbound during rush hours. This is already a big improvement from just three lanes at the viaduct, before the start of construction,” he added.

The P10-billion Skyway Extension project will extend the Skyway from Alabang to SLEx near Susana Heights and the Muntinlupa-Cavite Expressway (MCX).