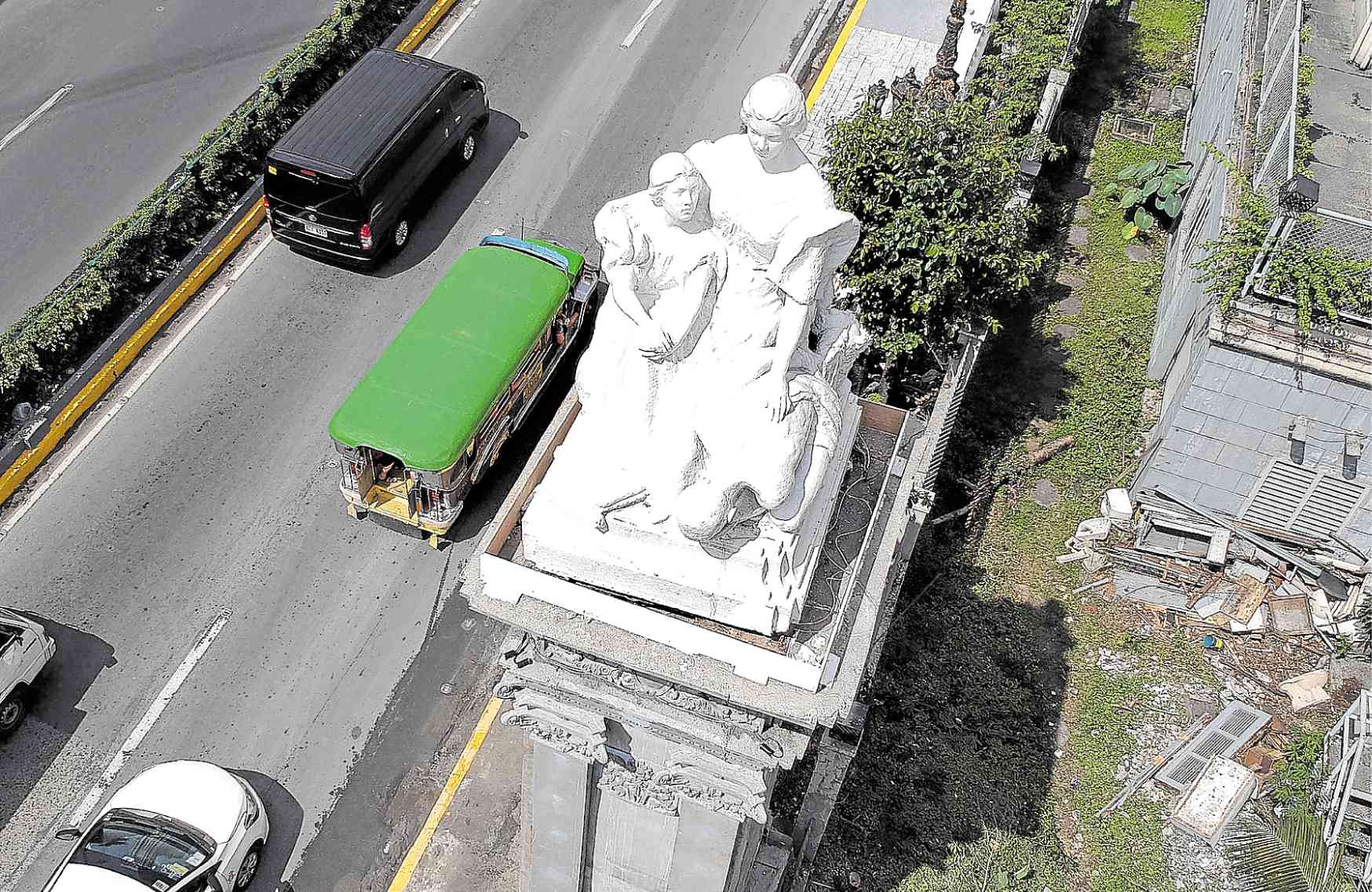 PRICELESS ARTWORK One of the three remaining “La Madre Filipina” statues is reinstalled at the foot of Jones Bridge.–GRIG C. MONTEGRANDE

MANILA, Philippines —Visitors in Manila who want to visit the shops in Binondo and walk through the Walled City of Intramuros can now stroll between the two areas through the newly renovated Jones Bridge.

Citing the importance of restoring historical structures to remind the youth of what transpired in the country before they were born, Manila Mayor Francisco “Isko Moreno” Domagoso led the bridge’s inauguration on Sunday night.

“Jones Bridge connects two of Manila’s first communities—Binondo and Intramuros… Can you imagine that we are standing on a bridge [that] was a big part of Manila’s history?” Domagoso said.

Jones Bridge, which spans Pasig River, was originally constructed as a replacement bridge in 1916 after Puente de España was damaged by floods in 1914.

Its neoclassical design was created by architect Juan Arellano, while the structure was named after William Atkinson Jones, the principal author of the Jones Law or the Philippine Autonomy Act of 1916.

After bombs destroyed the bridge during World War II, it was reconstructed under the American colonial period in 1946.

On Nov. 23, one of the three remaining “La Madre Filipina” sculptures was returned to Jones Bridge—its original location before its transfer to Rizal Park in the 1960s.

Domagoso said the return of the prewar sculpture created by Ramon Martinez was important as it would serve as a witness to Manila’s restoration.