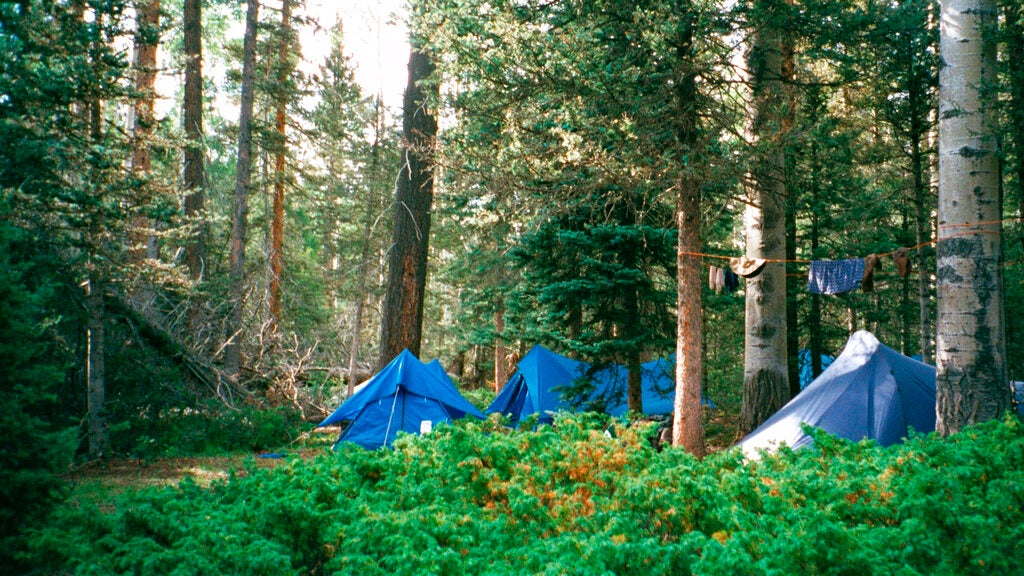 A campsite setup off the trail to the summit of the second highest peak in Philmont Scout Ranch, New Mexico, is shown. (AP)

The Boy Scouts of America has mortgaged one of the most spectacular properties it owns, the vast Philmont Scout Ranch in New Mexico, to help secure a line of credit as the financially strapped organization faces a growing wave of new sex-abuse lawsuits.

The BSA said Friday that it has no plans to sell the property, and that the land is being used as collateral to help meet financial needs that include rising insurance costs related to sex-abuse litigation.

However, the move dismayed a member of Philmont’s oversight committee, who says it violates agreements made when the land was donated in 1938. The BSA disputed his assertion.

Top BSA officials signed the document in March, but members of the Philmont Ranch Committee only recently learned of the development, according to committee member Mark Stinnett.

In a memo sent to his fellow members, Stinnett — a Colorado-based lawyer — decried the financial maneuver and the lack of consultation with the committee.

“I cannot begin to tell you how sorry I am to be the one to break this news to you,” Stinnett wrote. “The first point of the Scout Law is ‘A Scout is trustworthy.’ I am distressed beyond words at learning that our leaders apparently have not been.”

“But I am even more distressed to learn that Waite Phillips’ magnificent gift has now been put at risk,” Stinnett added.

Phillips was a successful oilman who used some of his fortune to develop a huge ranch in northeastern New Mexico. In 1938, and again in 1941, he donated two large tracts of the ranch to the Boy Scouts.

Since the first Boy Scout camp opened there in 1939, more than 1 million Scouts and other adventurers have camped and hiked on the property, which now covers more than 140,000 acres (56,650 hectares). One of its many trails leads to the 12,441-foot (3,793-meter) summit of Baldy Mountain.

In a statement provided to The Associated Press, the Boy Scouts said programming and operations at Philmont “continue uninterrupted, and we are committed to ensuring that the property will continue to serve and benefit the Scouting community for years to come. “

“In the face of rising insurance costs, it was necessary for the BSA to take some actions earlier this year to address our current financial situation,” the BSA said. “This included identifying certain properties, including Philmont Scout Ranch, that could be used as collateral …. in order to keep in place an existing line of credit for insurance.”

Disclosure of the mortgage comes at a challenging time for the BSA, which for years has been entangled in costly litigation with plaintiffs who said they were abused by scout leaders in their youth. Hundreds of new lawsuits loom after New York, New Jersey, Arizona and California enacted laws making it easier for victims of long-ago abuse to seek damages.

The BSA, headquartered in Irving, Texas, says it’s exploring “all available options” to maintain its programs and has not ruled out the possibility of filing for bankruptcy.

According to Stinnett, the BSA used the ranch as collateral to secure $446 million of debt with J.P. Morgan Chase.

Stinnett wrote that ranch committee member Julie Puckett — a granddaughter of Waite Phillips — had urged BSA officials in recent weeks to recognize Philmont as a restricted asset based on the understandings of all parties when Phillips donated the land.

“BSA management has instead stated its position that Philmont and its endowment are free and clear of restrictions and are thus theirs to take or encumber as they wish,” Stinnett wrote, depicting that stance as a “betrayal” of agreements made with the Phillips family.

The Boy Scouts disputed Stinnett’s assertion, saying nothing in the agreements with the Phillips family prevented the ranch from being used as collateral.

Philmont has been one of scouting’s most popular destinations for decades. At many times of the year, Philmont can’t accommodate all those who want to trek there; it offers an online lottery, held about 18 months in advance, to give everyone an equal shot.

Last year, a wildfire ripped through the heart of the ranch. Campsites and several miles of trails were wiped out, leaving behind a scar that will take years and millions of dollars to restore.

Read Next
PCG, NBI halt SoKor vessel for carrying ‘toxic cargo’ in Zambales
EDITORS' PICK
DOH: 28,471 new COVID-19 cases in PH; active cases now 284,458
On Day 2 of implementation, gov’t says workers now exempt from ‘no vax, no ride’ policy
Over 3 Million worth of prizes to be won at Smart Padala’s SENDali Manalo Promo!
Acer starts the year off strong with the Aspire Vero National Geographic Edition
Metro Manila posts lowest temperature yet this ‘amihan’ season at 19°C
Gear up and get ready to play with Yamaha Mio Gear
MOST READ
Lucky plants to grow in 2022
Derek Ramsay on being married to Ellen Adarna: ‘Gumaan ‘yung mundo ko’
Cristalle Belo on raising her kids in Australia: ‘We set limits’
Unvaccinated has rights but also has limits—DOJ
Don't miss out on the latest news and information.