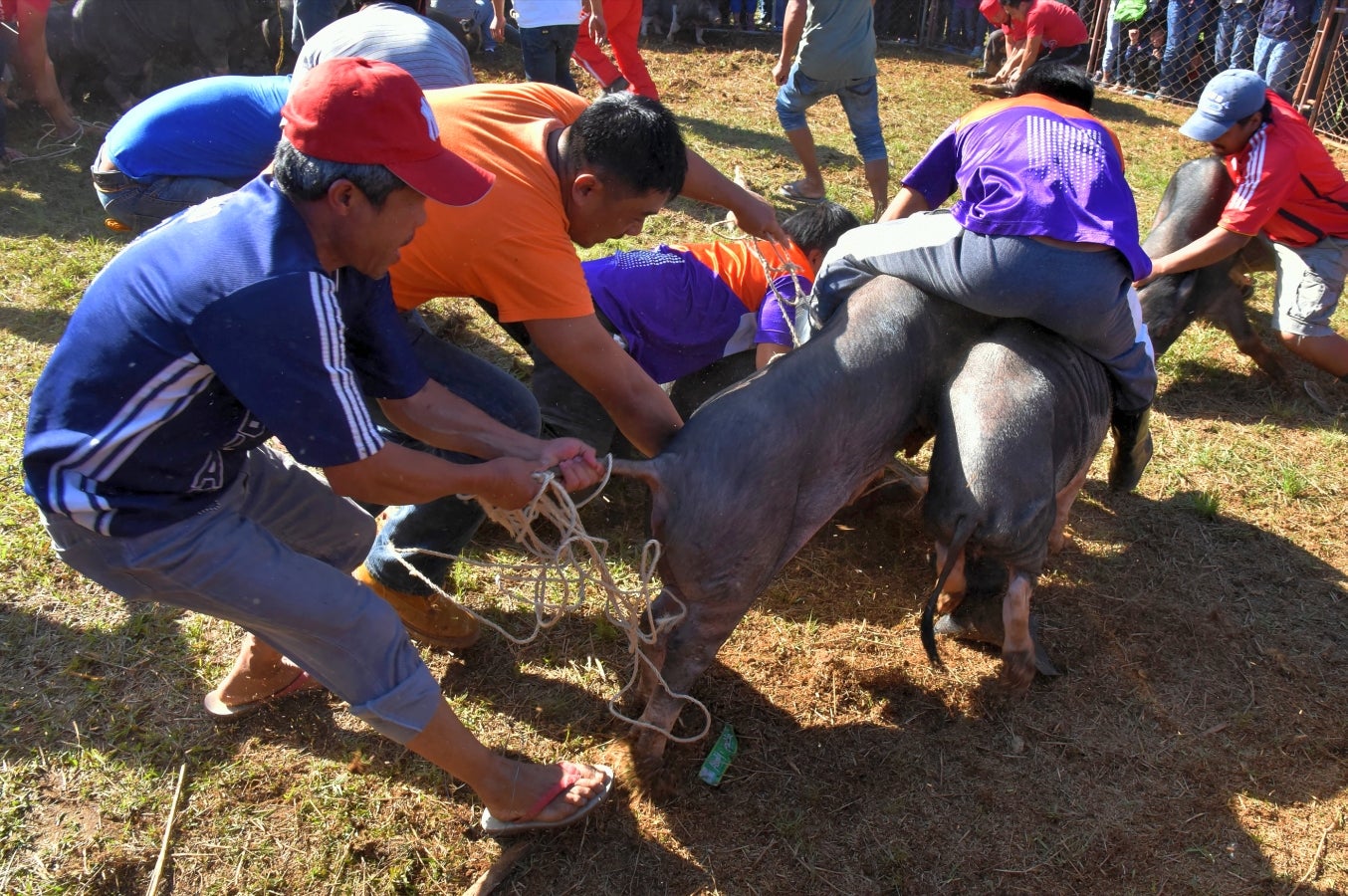 “Avang ni baboy” or “Depap” is a traditional game where men from Benguet communities compete for the biggest pigs in a pen, which are later served in a canao (ritual feast). This year, they fought for 22 pigs in a pen at Benguet province during its 119th foundation day celebrations on Saturday (Nov. 23). PHOTOS BY EV ESPIRITU

LA TRINIDAD, Benguet — Burly men representing the 13 towns of Benguet province threw themselves into a giant pig pen on Saturday (Nov. 23) to catch the biggest hogs, called “avang” by Ibaloys and “depap” by Kankana-eys, during the 119th Benguet Foundation Day celebration here.

Pig-catching has been part of the province’s annual Adivay Festival, which highlights the province’s enduring traditions and rituals that are often oriented around sacrificial animals like hogs.

Each of the 13 towns were gifted with three pigs, which were served to residents who joined the cañao (ritual feast). But the men fought for the stoutest of 22 “avangs” in the pen that have been reserved for the “owik,” a divination ritual led by the town’s elders and mayors.

They slaughtered the hogs and read their respective town’s fortunes from the pig’s entrails before the animals were cooked and served to the crowd.

A total of 61 pigs were served at the cañao, including swine donated by guests and various government agencies.

The Ibaloys and Kankanaeys prefer black pigs which are nurtured in backyard pens. 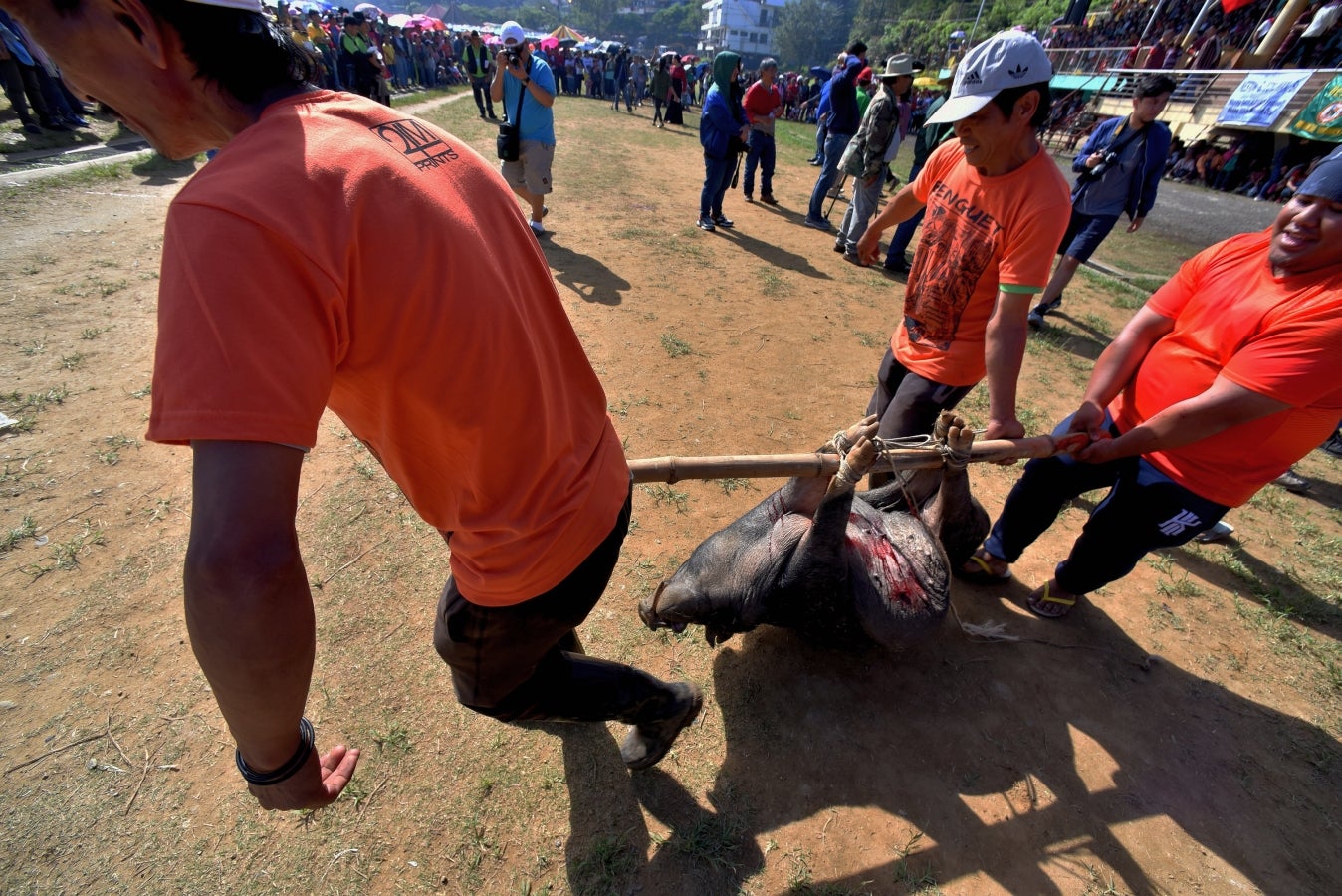 “Owik” means the ritual slaughter of animals which were served to residents of Benguet province during its 119th foundation day celebrations on Saturday (Nov. 23). PHOTOS BY EV ESPIRITU

Because of the pig’s importance to rituals, Benguet Gov. Melchor Diclas in September banned the entry of pork and related products from other provinces, to protect the local swine trade from the spread of the African Swine Fever.

To date, ASF has not affected Benguet’s estimated 40,000 heads of pigs.

“Agyamyaman kami iti Apo ta awan unay ti makadadael nga bagyo ken kalamidad a nagdadael iti pangkabiyagan dagiti tattao (We are grateful to the Divine because no destructive typhoons and calamities struck our people),” Diclas said in a speech during the festivities.

Last year, Benguet celebrations were muted to allow residents to grieve for more than 30 fatalities in a September landslide when Typhoon “Ompong” blew through the mining town of Itogon.

Benguet is the biggest supplier of Manila’s daily requirement for salad vegetables such as carrots, cabbages, lettuce, potatoes and cauliflower which are grown in gardens carved out of the mountain side./lzb