Cotabato gov back from 90-day suspension for overpriced fertilizer 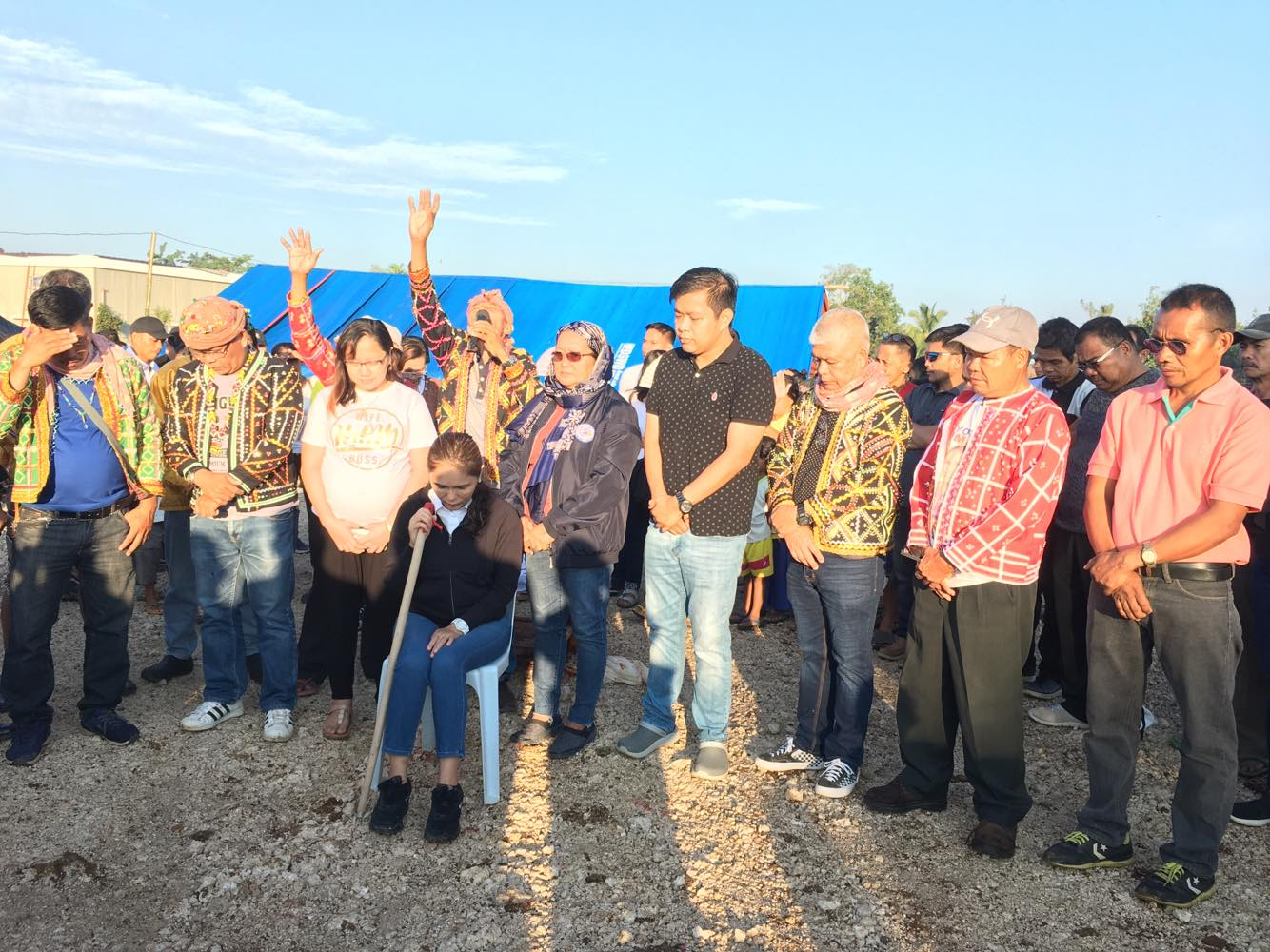 Facing the sunlight, tribal leaders and supporters of Cotabato Gov. Nancy Catamco hold a prayer-session for her on Thursday morning, just before she re-assumed her post after a three-month preventive suspension. (Contributed Photo)

MAKILALA, COTABATO –– Cotabato Gov. Nancy Catamco returned to work Thursday after serving a 90-day suspension over an alleged overpriced delivery of liquid fertilizer in Lazi, Siquijor, and Porro, Cebu, among others, over a decade ago.

Catamco chose to buckle down to work visiting the quake-affected communities of this town, badly hit among the many areas devastated by the series of tremors.

Before Catamco mingled with the displaced families, she was warmly welcomed by Makilala tribal leaders, led by Councilor Loreto Pampangan, Indigenous Peoples Mandatory Representative, who performed “pamaas,” a tribal prayer and ritual for thanksgiving and yielding to the will of the Almighty.

The “pamaas,” performed at the break of dawn, also included prayers by tribesmen asking for strength so she can surmount the challenges of leading the province through the devastation wrought by the earthquakes.

Catamco acknowledged the big problem facing the provincial government amid the massive damage in communities, but she said this is also an opportunity to show their resolve to find solutions.

During her talk with the evacuees, she presented the program dubbed “Adopt a Family to Build a Home, Adopt a School to Build a Future, Adopt a Community to Build a Strong Nation.”

Vice Governor Emmylou Taliño-Mendoza, who took over as governor, yielded back the reins of power to Catamco peacefully.

“Effective November 21, I respectfully relinquished all the functions of the provincial governor as well as my chairmanships in the different committees and special bodies,” Talino-Mendoza said.

Catamco’s suspension on August 23 stemmed from several cases in the Sandiganbayan related to the fertilizer fund scam that she is facing as a private respondent.

The Commission on Audit found that the liquid fertilizers she delivered to Porro, Cebu were overpriced by P1,092 per bottle, for a supply contract of over 3,000 bottles.