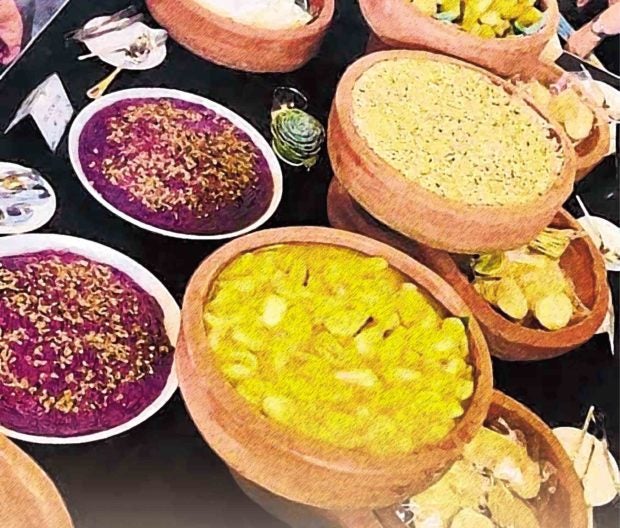 Back in the days when catering services were unheard of, Alviz, 91, and Santos, 67, used to keep the tables brimming with culinary masterpieces, alongside a retinue of assistants.

On Nov. 12, these “apu” (grandmothers) and the native cuisine and heirloom recipes they have nurtured for decades drew the spotlight during the launch of Mangan Tamu (Let’s Eat), the newest food hub developed by the provincial government and the state-owned Clark Development Corp. (CDC).

Alviz served trays of “asado,” “tidtad,” “kalameng ube” and “beringhi”—recipes with indigenous and mostly Hispanic influences—during a Mangan Tamu buffet. Santos featured her “callos” using the heirloom recipe of the Lazatin family in the City of San Fernando.

Culinarya, a group of Pampanga-based chefs, produced a spread that have made their members household names in contemporary food circles. 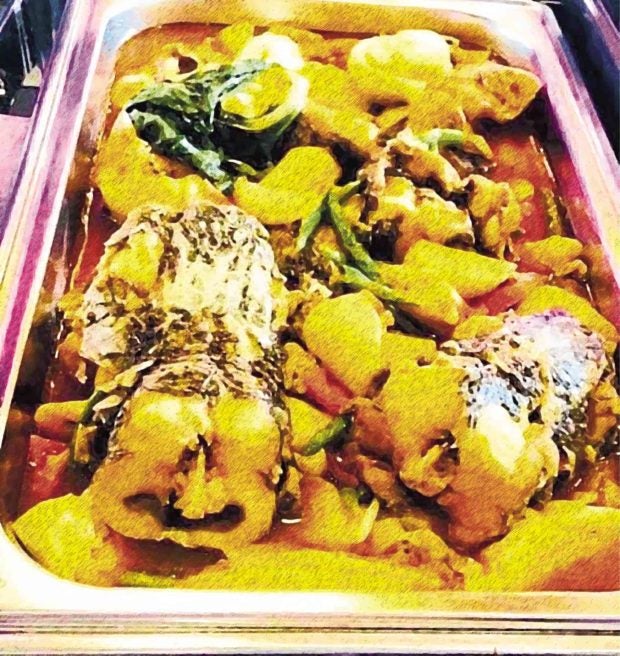 The 84 stalls at the one-story food hub featured specialties, including Kabigting’s “halo-halo” and Encarnacion Ebio’s “ensaymada.”

The native cuisine has been passed on from one generation to another.

Alviz learned cooking from her mother, Fabiana Dizon, who grew and sold vegetables to augment her husband’s income as a carpenter in Manila. “She just allowed me to watch and help her,” Alviz said. 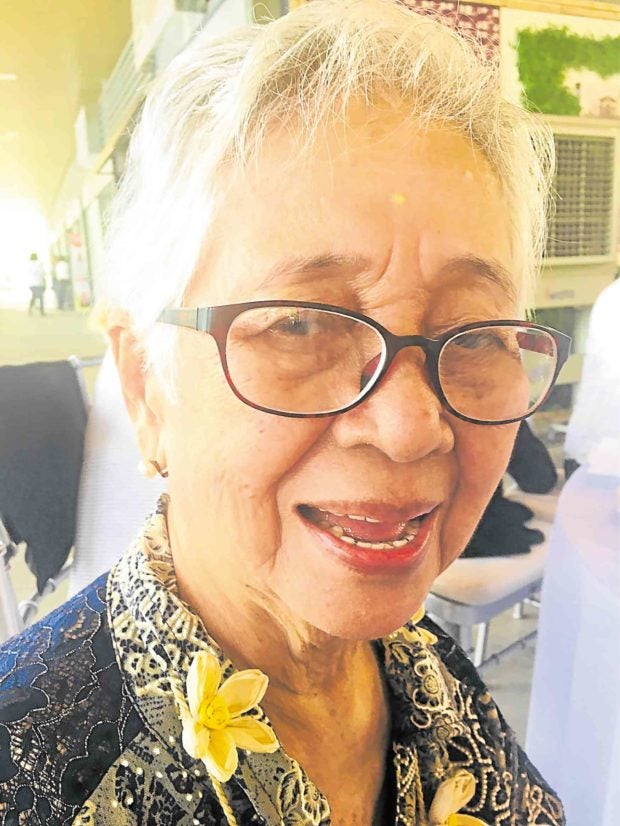 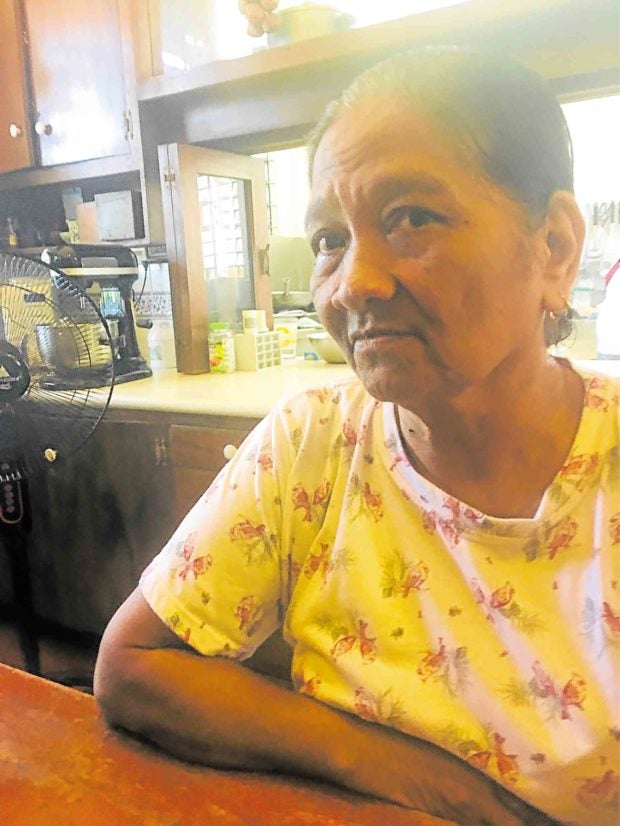 CULINARY HERITAGE (From top) Trinidad Pascual-Alviz, Melencia Tayag-Manalastas and Lourdes de Jesus-Santos continue working in their kitchens, ensuring that their culinary knowledge will be passed on to young Kapampangan cooks. —TONETTE OREJAS

In her village of Sta. Monica in Sta. Rita town, she is called Apung Tining who raised nine children, including music and dance artist Andy Alviz.

“My mother never brought us to restaurants to eat. She fed us homecooked food all the time,” Andy said. Alviz still grows her own rice, cooking the staple to perfection.

There is no written recipe for the “pamangan pang-fiesta (food served at feasts).”

“I mastered [the recipes] step-by-step,” Alviz recalled, knowing also which part of the pork is best for certain menu. She said nothing beats cooking with fresh and clean ingredients.

Drawing from experience, Alviz does not use any measuring spoon or cups, but relies instead on her sense of taste and smell to determine when the dish needs seasoning.

Santos, a native of Barangay San Antonio in Guagua town, learned cooking when the Lazatin matriarch, Encarnacion or Apung Cion, took her to the ancestral mansion in San Fernando when she was 9.

After finishing Grade 6 at Assumption College, Apung Cion made her an assistant. When the matriarch died, her daughter Teresita (Apung Itang) took her in, teaching her heirloom recipes including “dilang baka,” callos and “sinuso” (“nilaga” or boiled stew using the meat of a lactating cow).

Santos was sent to schools to study cooking, baking, dressmaking and grooming to improve her skills.

Like Alviz, she trusted her taste and smell. She cooked for Martha Stewart during her recent visit to Pampanga.

Melencia Tayag-Manalastas, one of the original cooks of Everybody’s Cafe, said she was happy that younger chefs had kept the tradition of Kapampangan food.

“There are still many elders in our province who still cook, who have trained younger cooks and who keep Pampanga culinary tradition alive and we are still documenting them,” Vice Gov. Lilia Pineda said. 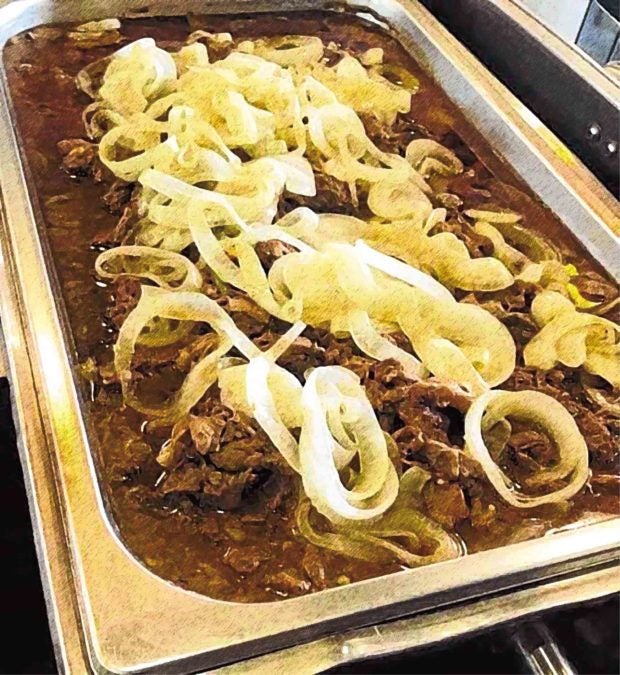 “It took us time to finalize the concept and design. What we really want is to put under one roof the best of our Kapampangan cuisine, delicacies and products. We want people to come to Pampanga by land or by the Clark International Airport and have a taste of our great food and great sights,” Pineda said.

Former President Gloria Macapagal-Arroyo and Tourism Secretary Bernadette Romulo-Puyat, who tasted these delicacies, said culinary tourism of Pampanga was being boosted by the Clark airport and the expressways in Central Luzon.

Mangan Tamu is open Friday to Sunday, at 4 p.m.