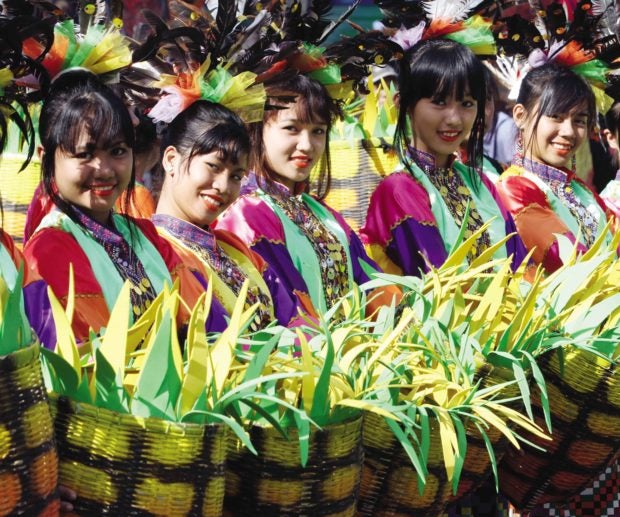 The province of Sultan Kudarat celebrates its 46th founding anniversary in a weeklong festival held in the capital town of Isulan. The diverse and rich culture of Sultan Kudarat is highlighted in activities, such as indigenous peoples’ day, drum and bell competition, street dancing, agri fair and sports events.

The town of Midsayap in Cotabato province celebrates its 83rd founding anniversary with the theme, “Midsayap: One Sayap, One Home, One People.” “Sayap,” is local term for hat, a symbol identified with Midsayap, as it is said to be shaped like a hat. Activities include a job fair, “sinugba” booth competition, bonsai competition, mass wedding and street party.

Hundreds of giant effigies, known as “higantes,” walk the streets of Angono, Rizal, every third week of November. These giants are made of bamboo and are dressed in colorful clothes that either resemble famous Filipino personalities or mirror the traditional Filipino rural life. There will also be an art fair, music festival, grand parade, “itik” eating contest and unveiling of Jose Rizal landmark.