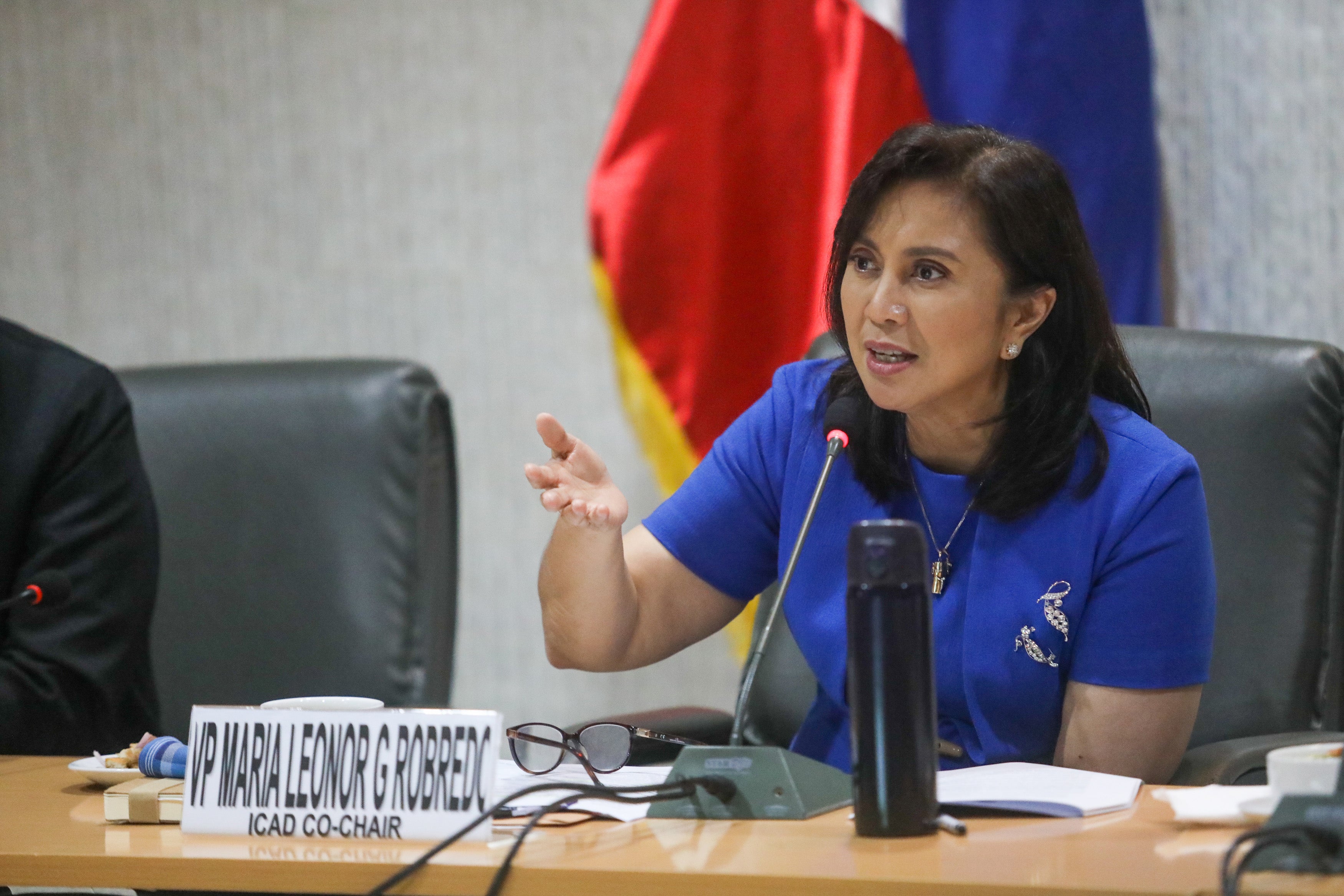 Vice President Leni Robredo on Thursday said the government must look into reports that the bulk of illegal drugs smuggled into the Philippines comes from China, which the Duterte administration considers a major ally.

Speaking to reporters in Quezon City after a meeting with the law-enforcement cluster of the Inter-Agency Committee on Anti-Illegal Drugs, of which she is now cochair, Robredo said she wanted more information after learning that China was the biggest source of narcotics traded in the Philippines.

“Even those who are arrested that operate within the Philippines, they are mostly Chinese nationals or [Chinese-Filipinos]. So it is something that we should look into,” she said.

She said much information about the drug problem had not reached her, and this needed to be organized to improve the government’s counternarcotics program.

Robredo met with US officials on Wednesday for a discussion of collaboration in the campaign against illegal drugs.

She said the US officials, including representatives from the Federal Bureau of Investigation and Drug Enforcement Administration (DEA), shared with her information on drug syndicates operating in the Philippines, as well as information on transnational crime.

Some of the details they provided were already known to the Philippine government, Robredo said.

She declined to divulge sensitive information, but said “our interest is really how to use the data that we have moving forward.”

Sen. Panfilo Lacson, a former chief of the Philippine National Police and now also an adviser to Robredo, on Thursday said help from the United States was not foreign intervention.

He said US agents could not take part in actual law enforcement in the Philippines but could provide intelligence.

‘Not a bad thing’

He said that when he was PNP chief, he coordinated closely with his foreign counterparts, including the heads of the DEA, the Australian police, the Hong Kong Narcotics Bureau and the Taiwan Ministry of Justice and Investigation.

“It’s not a bad thing. [This is] coordination, especially if you are targeting the supply side,” he added.

Lacson said he had discussed with Robredo how to maximize sources of intelligence, and that he had suggested to her to work with her foreign counterparts who had a wealth of information on drugs.

Aside from the US officials, Robredo has also met with representatives from the UN Office on Drugs and Crime, and she has expressed interest in meeting with several government agencies and private groups, including potential international partners, for discussions of counternarcotics strategies.

During her meeting with the law enforcers on the interagency committee on Thursday, Robredo directed them to produce clear baseline data on the drug situation in the country by year-end.

“As of now, there are no clear baselines so that’s what we are working on,” Robredo said, stressing the importance of the needed information to the campaign against illegal drugs.

She said the data should include information on the drug situation in the country in 2016, when President Duterte’s war on drugs started, and in the years since, and lists of drug users and pushers who had surrendered or had been arrested.

Robredo said she had also requested information on the status of cases that had been filed, as well as information about users who had been recommended for rehabilitation.

Conflicting information from various sources has made it difficult to assess the effectiveness of the drug war.

The figure has ballooned to 8 million this year.

The increasing figure seems to indicate that the crackdown has been ineffective, but government officials say it is due to fresh information gathered as part of the campaign.

Robredo attributed the conflicting data to multiple agencies reporting their own information.

“I think it is really about time we [came] up with common baselines … because it is hard to measure [our efforts] if we have different lists,” she said.

Robredo will next meet with local government, drugs board and health department officials.

She said she had also recommended the formation of a group that would look into laws that agencies had claimed were hindering their work.

The group, she said, should return a report before she appears before the House dangerous drugs committee, which has expressed willingness to listen to her plans.

Robredo also met on Thursday with the acting PNP chief, Police Lt. Gen. Archie Gamboa, who, she said, promised to review the controversial “Oplan: Tokhang,” the door-to-door police campaign to flush out drug users for rehabilitation and arrest pushers for prosecution.

The campaign has led to the deaths of thousands of mostly poor users at the hands of police, drawing condemnation from Western governments and international human rights groups.

“I reiterated my suggestion for them to rethink the campaign, especially the Tokhang,” Robredo said. “They agreed and they promised to assess and come up with an improved version of what we already have,” she said.—WITH A REPORT FROM LEILA B. SALAVERRIA