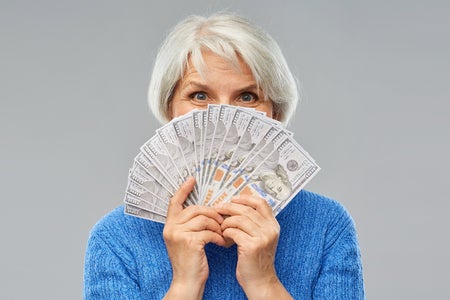 A grandmother who was diagnosed with breast cancer in 2015 discovered that she is cancer-free on the same day that she and her husband won £1 million (P65.4 million) in the lottery.

“I was shaking and totally lost for words which never happens,” Price said. ”I went and had a bath for two hours and just lay there trying to take it all in.”

Apparently, the mother of three just opened the result of her latest scan indicating that she is all-clear from cancer. Ten minutes later, her husband David Price came home rushing to announce that they won the Euromillions Millionaire Maker lottery.

“I went home to tell Lynne but she had some big news of her own. The letter saying she had the all clear is worth more than a million to me,” David was quoted as saying.

These grandparents of an 11-year-old boy plan to take a trip to China, as per report. They are also celebrating their 33rd wedding anniversary this year, and will continue working while they decide what to do with their prize. Cha Lino/JB