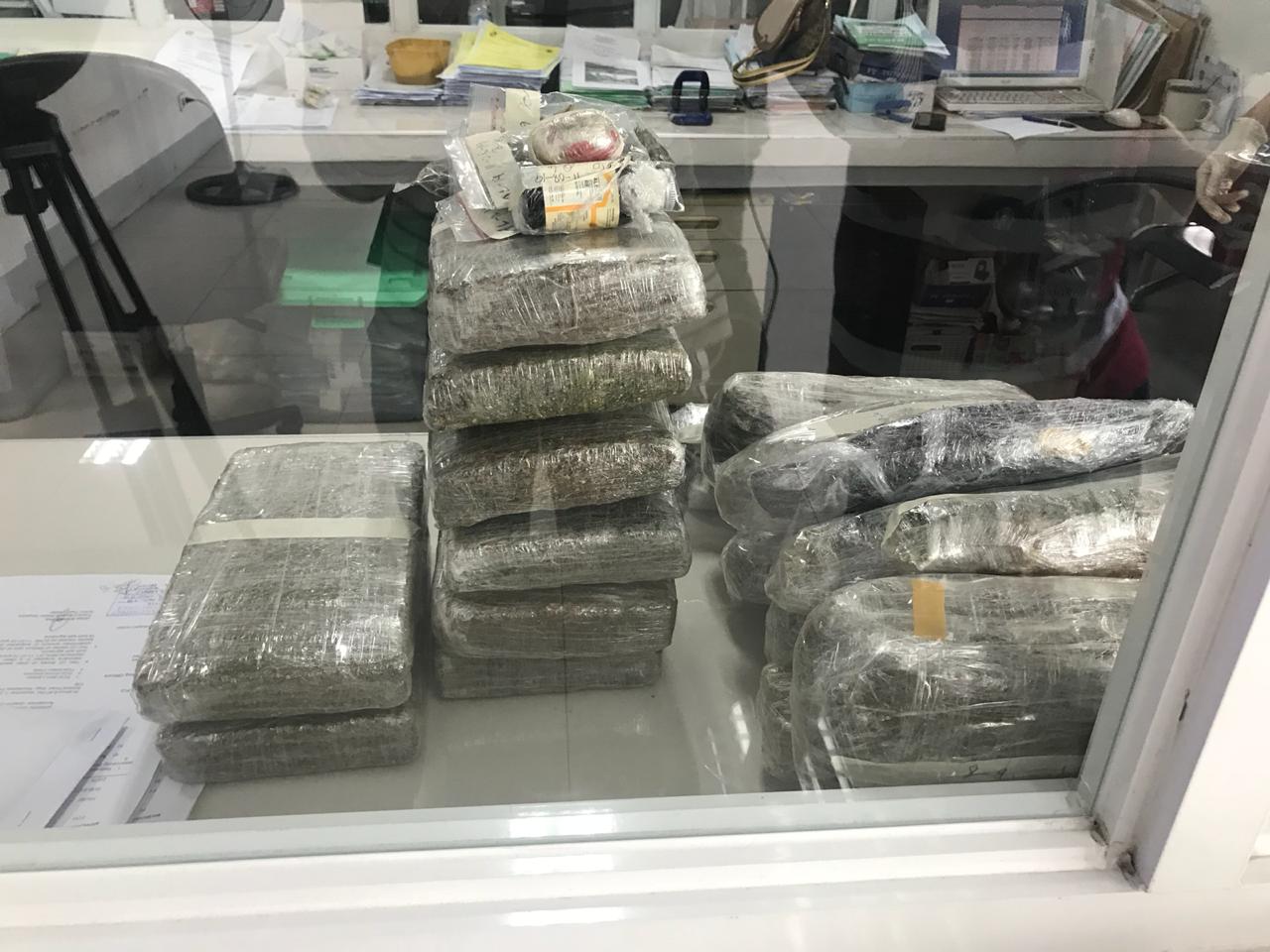 Bricks of marijuana worth around P1.6 million were confiscated by QCPD operatives and were turned over to the district’s Crime Laboratory Office. (Photo by Cathrine Gonzales/INQUIRER.net)

MANILA, Philippines — Police have confiscated around P1.6 million worth of marijuana from three suspected drug peddlers in Quezon City who were allegedly selling illegal drugs through a group chat in a messaging app.

They were arrested after operatives of the Kamuning Police and the Novaliches Police allegedly confiscated from them two bricks and a pack of marijuana worth P240,000 at about 8:40 p.m. Thursday in Barangay Novaliches Proper.

Montejo said in a QCPD report that the buy-bust stemmed from a tip from an informant on the alleged activities of the suspects.

He said that during the investigation, Lorenzo confessed to the police that he has remaining stocks of marijuana at his residence in Barangay San Agustin.

This prompted a follow-up operation at about 2:19 a.m. Friday where police seized around 12 kilograms of marijuana worth P1.4 million inside a Hyundai Starex. Police also confiscated a small bottle containing marijuana oil.

The suspects are facing charges for violation of the Dangerous Drugs Act of 2002. The seized evidence, meanwhile, were turned over to the QCPD Crime Laboratory Office.  /muf