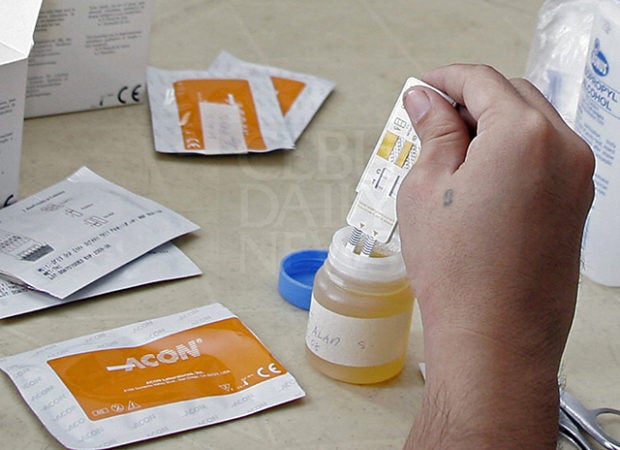 MANILA, Philippines — A policeman assigned with the National Capital Region Police Office (NCRPO) in Taguig City was tested positive of using “shabu” (crystal meth) and is facing possible dismissal from the police service.

The officer has been relieved from his post and is now subject of an investigation. An administrative case of grave misconduct will be filed against him, said Sinas.

“Ang penalty talaga nito ay [The penalty is really] dismissal. We will just go with ‘yung mga [our] procedures namin para mabigyan siya ng tamang penalty [so he will be given the proper penalty],” he said in a press briefing.

Sinas has been leading random drug tests to different NCRPO districts since he assumed post as acting director of the Metro Manila police last month. Another police trainee also tested positive for marijuana use in a surprise drug test at the Manila Police District on October 21.

Sinas said he has finished initiating drug tests to all five districts of the NCRPO. Except for the police trainee, no one else tested positive for drug use in the district level.

He then warned that the surprise drug tests will continue.

“They should be reminded that the drug test is continuing, so if ever you are using you better stop it. If you have the idea of using, please don’t,” he said to police officers. /jpv