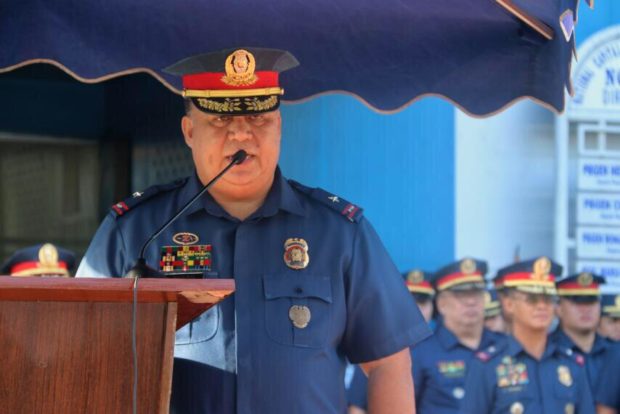 Sinas said he conducted a dialogue with police officers and trainees at the MPD on October 21, or just five days after he formally took the helm of the NCRPO. After the dialogue, he conducted a surprise drug test on MPD personnel and trainees.

Out of the 294 NCRPO recruits undergoing training at the MPD, one of them identified as Capt. Darwin Resurreccion allegedly tested positive for use of marijuana, according to Sinas.

“Ngayong araw na to, dinirect ko ang MPD training chief ko at personnel to issue a return to unit [order] of this recruit para mag-undergo ng termination process,” he said in a press briefing at the Kamuning Police Station in Quezon City.

(Today, I directed the MPD training chief and personnel to issue a return to unit [order] for this recruit so he can undergo termination process.)

Sinas explained that Resurreccion is among the recruits undergoing training for patrol and investigation for a year in different districts of the NCRPO before they can be permanently assigned to a specific unit in Metro Manila.

The NCRPO chief said he first initiated a dialogue and a drug test to personnel and trainees at the Southern Police District (SPD) earlier this month but no one tested positive for drug use. He warned the NCRPO will lead more surprise drug tests to other metro districts in the coming weeks.

Sinas then sternly warned policemen and police trainees not to engage in illegal drug activities, as the government intensifies the war against drugs.

“‘Yung mga drug addict, kung plano niyo magpulis ay wag na. Dagdag pa kayo sa sakit sa ulo namin [To these drug addicts, if you plan to apply to be a police officer, forget about it. You will just add up to the cause of our headache.],” he said. /jpv